Following England's excellent victory over a dismal Sri Lanka at Headingley last week, thoughts are already turning to this summer's second visiting side, Pakistan. While Sri Lanka's bowling attack was ultimately handled with ease by Jonny Bairstow and Co, Pakistan are likely to provide a much tougher challenge, particularly with the quality of the pacemen on show.

The leader of the Pakistan attack this summer is likely to be 30-year-old Wahab Riaz, the left-arm quick from Lahore whose fiery spells in which he has picked up forty-three Test victims in fifteen appearances, have made people sit up and take notice of him. His Man of the Match performance in Dubai last year against the same opposition will be fresh in the memory of the England batsmen, and he could do yet more damage in what will undoubtedly be far more bowler-friendly conditions.

Wahab's potency is likely to be further enhanced by his preparation for the tour. He has already arrived in England where he is representing Essex in the Natwest T20 Blast, gaining valuable experience of bowling on English wickets. Speaking exclusively to PakPassion.net, Wahab spoke about the aims behind his stint with Essex, his views on the bowling partnership of Broad and Anderson, the changes brought in by Inzamam-ul-Haq and his own form in Test cricket. 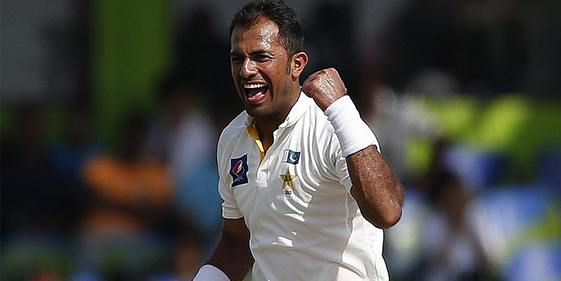