"It's important that I don't make the same mistakes again" : Nasir Jamshed

The Pakistan cricket team has had numerous problems in finding a stable opening partnership since the retirement of Saeed Anwar and Aamir Sohail. Many batsmen have come close to solving one half of this conundrum in recent years, but perhaps none more so than the twenty-six-year-old Nasir Jamshed. In 2012, he became a fan favourite when he scored two ODI centuries against India and followed it up with another early in 2013 as Pakistan won a memorable ODI series in India. His attacking approach at the top of the order was a breath of fresh air and it appeared that his future was bright.

After a disappointing 2015 World Cup in Australia however, Jamshed was discarded from the national side and is now facing an uphill battle to make a comeback. Perhaps to improve his game and also to raise his profile in the eyes of Pakistan selectors, he is currently playing club cricket in England. In an exclusive interview with PakPassion.net, the Lahore-born left-hander discussed his current stint in the Birmingham League, future with the Pakistan team, memories of centuries against India and the appointment of Mickey Arthur as the new Head Coach. 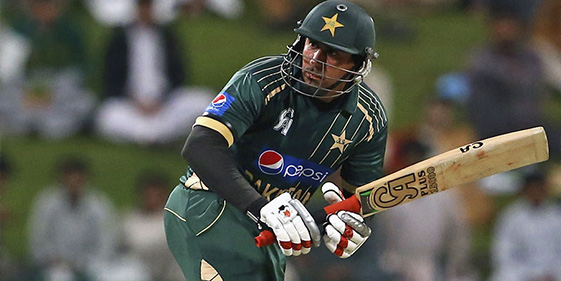