"I have the goal of becoming Pakistan’s best all-rounder in future" : Aamer Yamin

It seems like a considerable amount of time has passed since Pakistan could boast a quality fast-bowling all-rounder. The likes of Wasim Akram, Abdul Razzaq and Azhar Mahmood were the envy of many sides in the late nineties and noughties but stocks in this department appear to have run dry as Pakistan have increased their reliance on spin bowling in recent years.

One man looking to buck this trend is 25-year-old Aamer Yamin who has already had some success in a Pakistan shirt. His international debut came in the ODI series against Zimbabwe in 2015 where he showcased his ability by opening the bowling and providing useful runs down the order, including 62 batting at number eight in his second ODI. With some important overseas tours coming up in which a fast-bowling all-rounder could be a vital component of the side, Aamer Yamin may become a well recognised name for Pakistani fans in the coming months.

In an exclusive interview with PakPassion.net, the Multan-born pacer spoke about how he got into the game, his international debut, the importance of international cricket returning to Pakistan and his exclusion from the Pakistan Test and A squads touring England this summer. 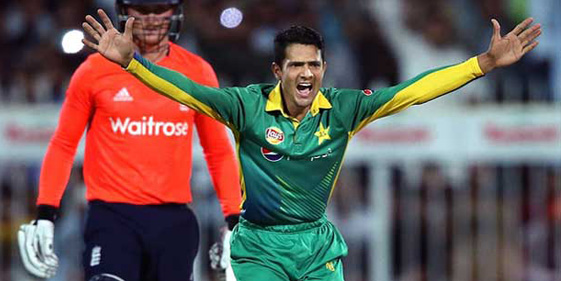