"I go into this series believing that Pakistan can win it" : Yasir Shah

The England-Pakistan encounters of yesteryear have always held a special place in the memories of cricket followers around the world due to a history of some special performances by Pakistan bowlers. The legacy of excellence in the spin-bowling department has been defined by some superb performances by the likes of Abdul Qadir, Saqlain Mushtaq and Mushtaq Ahmed and is set to continue in England this summer with Yasir Shah's presence in the Pakistan bowling attack.

Marked for future greatness by no less than one of the greatest spin-bowlers himself, Shane Warne, the ebullient thirty-year-old leg-spinner Yasir Shah has already made his presence known in Test cricket with some breathtaking performances in such a short career so far. Speaking with PakPassion.net, Yasir discussed the disappointment of missing international cricket due to a drugs-related ban, the advantage of bowling in tandem with Mohammad Amir, his plans for bowling against England batsmen and also assessed Pakistan's chances in the ongoing Test series against England. 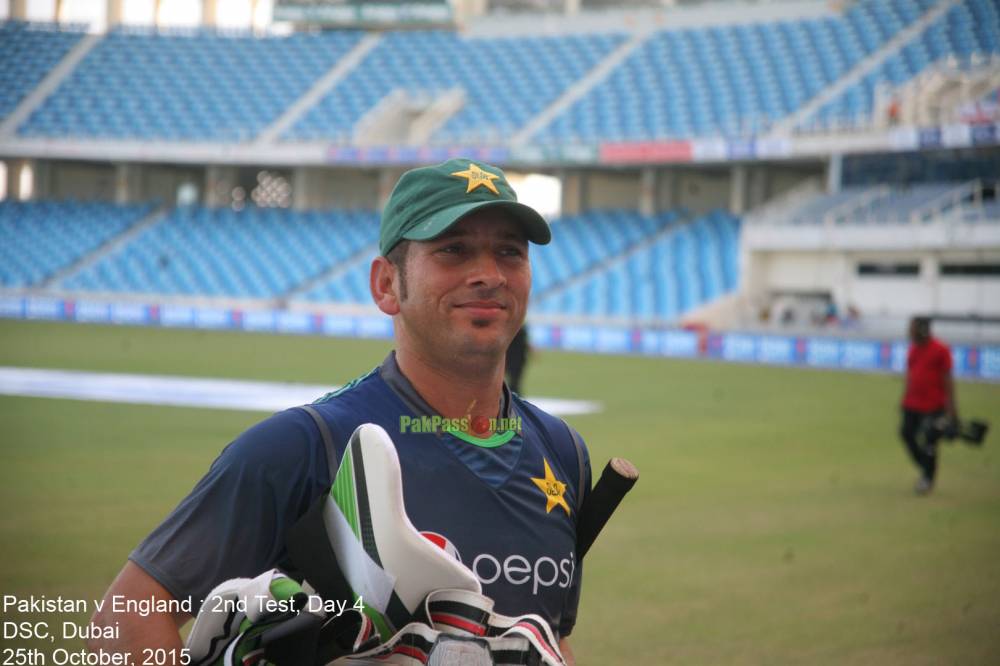 By Saj Sadiq (17th July, 2016)
PakPassion.net : Given what happened regarding your ban from cricket, have you and your wife clearly labelled your respective medications?

Yasir Shah : You learn from your mistakes, however big or small they are. My wife has recently arrived in the United Kingdom and the first thing I said to her was to keep her medication far away from my medication.


PakPassion.net : While you were banned, what was going through your mind, and how did the ban affect your preparation for the series against England?

Yasir Shah : Naturally I was disappointed with myself; I was missing cricket and not being part of the Pakistan team. I'm not a good watcher of cricket and I got annoyed with the fact that I was not part of the team. It was frustrating missing matches due to a mistake. I also took the opportunity to perform Umrah and spend quality time with my family, something that you do not always get the chance to do in the hectic environment of professional cricket. I also used the opportunity to rest a few aches and pains. As far as preparation for the England series goes, I don't think it affected me too much as I worked on my training, fitness and also my all-round game and practiced a lot.


PakPassion.net : Do you not think you are under-cooked as a bowler going into the England Test series?

Yasir Shah : It's ample preparation for me. It's more than enough. Ahead of the Somerset match, we arrived in England a couple of weeks early to acclimatise and prepare; that was very important and useful for us. We used that time very well and practiced hard and it was excellent preparation. The Somerset match was also very important; it was a confidence booster for me that I got a lot of overs under my belt and took some wickets. At first, the ball wasn't coming out of my hand very well, largely due to it being a different type of ball used in England, but after a few overs I settled into a rhythm and the grip became a lot better. It was a useful match for me for several reasons.


PakPassion.net : You mention the different conditions and a different type of cricket ball used in England compared with what you are used to. What does a leg-spinner have to do differently in England to succeed?

Yasir Shah : The wickets in England are a lot different to what I am used to in Asia. I actually believe that it's better to bowl in English conditions for a leg-spinner than it is in Asia. For example, in UAE, you have to drive the ball and really push it to extract turn, and despite all that effort the bounce is still very low. In England, the wickets don't always spin as much but you have the very important factor of extra bounce and carry, which is crucial and a great help for a leg-spinner.


PakPassion.net : You've become a household name; does that not create extra pressure on you, and how will you cope with those expectations?


PakPassion.net : How advantageous is it for you to have Mushtaq Ahmed as one of the coaches, given that he has worked with quite a few of the opposition batsmen?

Yasir Shah : It's a huge advantage. Mushtaq is a highly experienced cricketer who has played all around the world and played a lot of his cricket in England, so he knows the conditions well. He has been a very important factor in my development as a bowler, and his knowledge of English wickets and conditions will be very important for me. Mushtaq played an important role with his advice and inside information last time around in UAE against England, and his inside knowledge of the England batsmen will once again be vital.


PakPassion.net : Any surprises for the English batsmen on this tour?

Yasir Shah : Yes, there will be. I've been working hard on a different type of googly, one that is disguised, turns more and will be difficult for the batsmen to read. It's a delivery that I have worked on a lot and have been spending a lot of time with Mushtaq Ahmed on perfecting. In the past my googly wasn’t always successful, but I believe that the hard work that has been put into perfecting this delivery will really pay off.


PakPassion.net : Shane Warne will be on commentary for the series against England; any plans to have another chat with him and perhaps a coaching session?

Yasir Shah : I'd love to meet him again and have another chat with him. He's my hero and Mushtaq Ahmed is my teacher; to have the opportunity to work with and speak to both of them is just fantastic for me. When I am working with both of them, it's like I'm in a dream, it's just awesome.


PakPassion.net : Pakistani bowlers over the years have hunted in pairs. There have been some excellent and very well-known bowling partnerships. In years to come, could the Mohammad Amir and Yasir Shah partnership be another legendary one in the making?

Yasir Shah : This will be the first time that I'm playing in an international match with Mohammad Amir and I'm looking forward to bowling in tandem with him. He's an excellent bowler, a wicket-taking bowler who keeps the batsmen on his toes because he can swing the ball both ways. It's a huge advantage for me to have a bowler of the caliber of Amir in the same team. It's important that we work together as partnerships, whoever is bowling. We need to back each other up and support each other, but yes I'm definitely looking forward to bowling with Amir.

Yasir Shah : The English batsmen will know whether that is true, and whether they are scarred by that series. But I do believe that the series will still be in the back of their minds, as they were really troubled by spin bowling and they haven’t always been the most successful against spinners.


PakPassion.net : Does it add to the pressure on you that the Pakistani tactics will be to go into the Test matches with only four front-line bowlers?

Yasir Shah : It doesn't matter whether you have two front-line bowlers or six. What you have to do is to take twenty wickets and not worry about your team combination. It's all about responsibility and accepting the responsibility of your role within the team. We all have a role within the team and given the conditions in England, my role will vary from an attacking option at times, to playing a support role to the seam bowlers. I'm ready for the challenge and whatever the team requirements are.


PakPassion.net : Are you confident that Pakistan can mount a serious challenge to an England team which is very strong in home conditions?

Yasir Shah : I believe we can really test England. I go into this series believing that Pakistan can win it. We have prepared very well, we feel that we are ready and there is a lot of self-belief and confidence in a very settled squad. The wickets in England support good cricket and I believe that we have the players who can perform in English conditions. Our batsmen have hit good form in the warm-up matches and our bowlers have also bowled well. If our batsmen put runs on the board, then it's down to us bowlers to support them. I’m sure it will be a very exciting and hard-fought series.
Discuss!