"I still have the skills, determination and the willpower to play for Pakistan again" : Mohammad Asif

Considered to be a magician with the ball and hailed as Pakistan's version of Glenn McGrath, Mohammad Asif's metronomic accuracy was a sight to behold until his five year ban in August 2010. He made his international debut in 2005 and by the time the events of the summer of 2010 had transpired, he had a total of one-hundred and sixty-five international scalps to his name in seventy-two games. His role in some of Pakistan's most memorable victories such as the epic performance against Sri Lanka in 2006 where he took 11/71 seemed to put him on track for future greatness but sadly it was not to be.

With the recent expiry of his ban, Mohammad Asif at the age of thirty-three is now looking to redeem his reputation and career by playing domestic cricket in Pakistan and has also been included in the player draft for the 2017 edition of the Pakistan Super League. In an interview with PakPassion.net, Asif spoke about his feelings regarding the spot-fixing ban, views on Mohammad Amir's bowling since his return and why he feels he still has the ability to be successful at the international level once again. 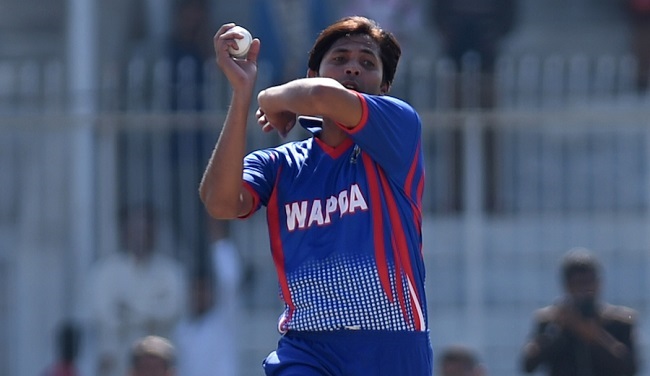 By Saj Sadiq (10th October, 2016)
PakPassion.net : Several years of your cricket career wiped out with only yourself to blame. How do you feel about that now?

Mohammad Asif : There is a lot of regret and pain. What's happened cannot be changed now but there is still a lot of hurt. However if I keep thinking about the past then that won't help matters; I have to look ahead and to the future. I believe that I have three or four years of playing cricket at the highest level left in me and I want to focus on doing very well in the coming months and years, rather than just thinking about what happened in the past.


PakPassion.net : Has your comeback to cricket since your ban been tougher than you thought it would be?

Mohammad Asif : No I don't think it has been and I was ready for this battle. I knew it would be difficult and not easy and I would need to work doubly hard to make my comeback a successful one. The key for me is to perform well in domestic cricket and then catch the eye of the international selectors. There is a formal process to it and there was no way I could assume that I would just walk back into the Pakistan team.


PakPassion.net : How do you feel your comeback to cricket is going so far and your thoughts on how well you are bowling?

Mohammad Asif : If I'm being honest it's not been extraordinary but there again it has not been a total disaster either. My bowing has been economical rather than spectacular and steady without lots of wickets. Four-day cricket was always my strength and to date since my comeback I've not really played much of that and I feel that in four-day cricket this season will be the time when I show everyone that I am back. Day by day I'm feeling fitter and stronger and those are good signs for me.


PakPassion.net : What has been the toughest part of making a comeback after such a lengthy ban?

Mohammad Asif : Regaining the fitness levels required to play at international cricket has been the hardest part. When you haven't played cricket for as long as I didn't then it takes time for your body to adjust to the rigors and demands of top level cricket. However I don't think it's a big problem for me and I feel that I am close to returning to my levels of fitness of the past.


PakPassion.net : You played club cricket in Norway which surprised many. What were your aims of playing at that level of cricket?

Mohammad Asif : Yes I played in Norway and I also played some domestic cricket in Afghanistan. I was happy with my performances in both competitions and thought I bowled well in these tournaments. I also played a few matches in Grade 2 cricket for Sialkot where I was appointed captain. At the end of the day, it's all about getting as much cricket under my belt as possible and regaining my rhythm which is absolutely key for a bowler. Given how much cricket I missed during my ban, I don't think I am in a position to pick and choose which cricket competitions I play in.


PakPassion.net : You recently played in an exhibition match also in Norway where the likes of Misbah-ul-Haq took part. What were the players like towards you given what happened in 2010?

Mohammad Asif : It was a friendly match, a fun match played in good spirits. Misbah and all of the other players were fine with me. They were all friendly and there were no issues. Also I have met some of the players at the National Cricket Academy in Lahore previously and nobody had any issues seeing me which was a relief and a confidence booster.


PakPassion.net : What was the standard of cricket like in Afghanistan, they seem to be a fast-improving cricket nation don't they?

Mohammad Asif : I was very impressed with the standard of cricket in Afghanistan, especially the talent in their young cricketers. Only recently they beat Bangladesh in a One-Day international and I feel they will only get better with experience. Also while I was in Afghanistan, the Afghanistan Cricket Board offered me a coaching consultant role at their National Academy working with their young bowlers. However I had to turn it down as I currently do not have the time to do the role justice, due to the amount of cricket I have coming up. But if the offer comes up in the future then it's definitely something I will look at as coaching is an area that I would like to explore in future.


PakPassion.net : What are your thoughts on Mohammad Amir's bowling since his comeback?

Mohammad Asif : Overall I think he has bowled well. In England he bowled particularly well and was unlucky not to end up with better statistics due to the age old problem in Pakistan cricket of fielders dropping far too many catches. Dropped catches can drag any bowler down but credit to him as he kept on going and kept on running in hard. He's done well and I think he will get better and has his best cricketing years ahead of him.


PakPassion.net : Salman Butt is knocking on the door of international selection once again. Do you think he deserves another chance to play for Pakistan?

Mohammad Asif : I believe that any cricketer who is performing in domestic cricket deserves a chance to be selected. So I don't see any reason why Butt should not be picked for Pakistan if he is performing at the domestic level. The four-day season has just started and this is a format that suits his style of batting and like anyone else if he performs then he should be picked for international cricket.


PakPassion.net : With the Pakistan Super League now firmly established in the cricketing calendar, is this a tournament that you would like to take part in?


PakPassion.net : You are thirty-three years of age and many believe that your best bowling years are behind you. Do you genuinely still believe that you can play for Pakistan again in future?

Mohammad Asif : My hopes are still there. If I didn't believe that I can play for Pakistan in future then I wouldn't have come back into cricket. You don't lose the skills that you possessed as a bowler. What I need to focus on is playing four-day cricket and regaining my fitness levels. I have to perform in domestic cricket which is the most important thing. I can talk about my aims and hopes but the bottom line is that I have to ensure that the wickets column makes good reading for me. If I perform then the selectors will take note, if I don't perform then they will not be interested and that is how it should be. I don't think the selectors have any issues with selecting me but I have to perform in domestic cricket.


PakPassion.net : How close do you think you can be in future to the bowler you once were; someone who could make any batsman in the world look mediocre?

Mohammad Asif : Some say I am past my best, whilst others reckon I still have it in me to be at the top of my game once again. What I feel is what matters and I feel that I still have the skills, the determination and the willpower to play for Pakistan again. I don't think you lose those skills you have as a bowler, especially the type of bowler I am who relied more on out-thinking the batsmen rather than on sheer pace. As I said, the key is matches under my belt, improving my fitness and getting numbers regularly in the wickets column. It's not easy to make a comeback after so long, but I feel that if you are mentally strong enough then anything is possible. Also I know they are batsmen, but look at the likes of Misbah-ul-Haq and Younis Khan and their ages, and they are still playing for Pakistan. However it has to be one thing at a time and then we will see if the international comeback happens.


PakPassion.net : There are people out there who say that you, Salman Butt and Mohammad Amir should never be allowed to play international cricket again. What do you say to those individuals?

Mohammad Asif : Everyone is entitled to their opinion and I cannot stop people from voicing their opinions. I think now that Mohammad Amir is back playing cricket and accepted by the majority, I don't think there will be any issues if Salman Butt or I do play for Pakistan again.
Discuss!