"I don't think I got the time and chances that I needed post-injury" : Junaid Khan

Once regarded as one of Pakistan's most talented fast-bowlers, twenty-six-year-old Junaid Khan featured regularly in the national squad until June 2015. Since then Junaid Khan has faced an uphill struggle to re-establish himself in the national team due largely to injuries. The pace bowler made his international debut in 2011 and has since played twenty-two Test matches in which he has taken seventy-one wickets, fifty-two ODIs in which he has claimed seventy-eight scalps and also represented Pakistan in nine IT20s taking eight wickets.

In an exclusive interview with PakPassion.net, Junaid spoke about his disappointment at not being selected for the Pakistan team despite being injury-free and fully fit, clarified his position regarding criticism of his attitude by ex-Pakistan players, looked forward to playing in the upcoming Bangladesh Premier League and expressed his hope of making another comeback to the national team despite not being offered a central contract by the Pakistan Cricket Board. 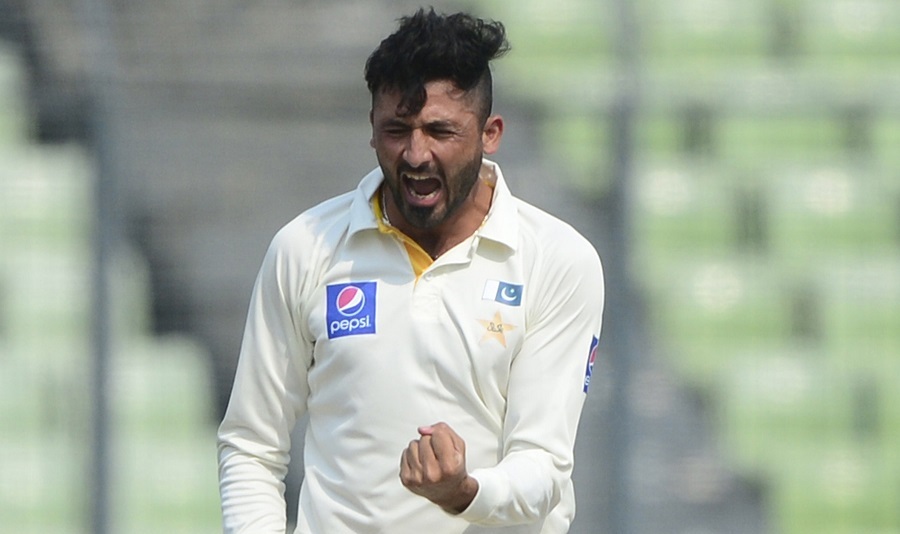 By Saj Sadiq (5th November, 2016)
PakPassion.net : It doesn't seem so long ago that you were leading the line-up and regarded as the main pace bowler for Pakistan; Where's it all gone wrong?

Junaid Khan : Before my injury problems I believe that my bowling effort and performances were outstanding considering that I had played most of my international cricket on Asian wickets. As a pace bowler to play most of your international cricket on Asian wickets is a tough ask and challenge. After I came back from injury I don't believe that I have been given a proper chance to show my ability as a bowler. When you come back from injury it takes time for you to regain your rhythm especially when you are a pace bowler. I don't think I got the time and chances that I needed post-injury.


PakPassion.net : Why didn't you get the chances in a Pakistan shirt post-injury that you feel you deserved?

Junaid Khan : I was one of the best bowlers in the Pentangular Cup in Karachi. After that I bowled well in the first edition of the Pakistan Super League and thereafter put in good performances against England A for Pakistan A. After that I bowled well in recent domestic Twenty20 tournaments and the figures are there for all to see. So I'm not too sure what else I could do to get a proper chance after my injury problems. I was picked for a few matches after my knee injury and those were in Bangladesh and Sri Lanka where I had catches dropped and then I was left out after that.


PakPassion.net : What's the current situation regarding your injuries and earlier fitness problems?

Junaid Khan : I am 100% fit. There are absolutely no problems with my fitness. I've been playing consistently and regularly in domestic cricket and for Pakistan A so there are no issues there at all. My injuries were as a result of bad luck rather than poor fitness. I was bowling on a damp wicket and I slipped as I bowled and that caused the injury to my knee. So it was one of those things that just happened and not down to my poor levels of fitness.


PakPassion.net : Some would argue that you have not been at your best in recent times and when you last played for Pakistan before you were dropped?

Junaid Khan : I have played the vast majority of my international cricket in Asia and as I mentioned that is not an easy task for a pace bowler. Also the injuries were a setback and it has taken me time to get back to my best. Look at Mohammad Amir, whilst he played recently in more bowler-friendly conditions in England he didn't appear to be in full rhythm as it takes time to get back to your best when you have been out of the game. Similarly with myself I came back from injury, was called-up for Pakistan and then dropped very quickly.

I hope that at some point in the future I am given the chance by selectors to play some series outside Asia and in some bowler-friendly conditions. My best bowling performances despite all this have been in Asia but as a pace bowler you hope that you get chances outside Asia also to show your skills.


PakPassion.net : Things change pretty quickly when it comes to selection in Pakistan cricket. Is that what you are banking on that you are given another opportunity for Pakistan in future?

Junaid Khan : I am only twenty-six and I am ready to fight for a place in the Pakistan team. I believe that my best cricketing years are yet to come and I have not yet reached my peak as a bowler. I think at twenty-six you are still learning as a pace bowler and I am very hopeful that I can make another comeback for Pakistan after some impressive displays in domestic cricket.


PakPassion.net : Two former Pakistan players recently on television criticised your attitude and professionalism. What is your response to that criticism?

Junaid Khan : Firstly Moin Khan and Rashid Latif are Pakistani cricketing greats and my seniors and I have a lot of respect for both of them. I have played under Rashid Latif at Port Qasim Authority and I have also played under Moin Khan when he was a coach and also when he was Pakistan Team Manager. However I was shocked at what they had to say about me especially when they provided no proof of the allegations they were making. Regarding the allegations by Rashid Latif, when the Pakistan team left for New Zealand and I was injured, there was no doctor at the National Cricket Academy so I went to Abbottabad to see the physio who worked for my regional team and that was with the full permission of the Pakistan Cricket Board. Intikhab Alam gave me permission to go to Abbottabad. Also, regarding the accusation by Moin Khan, he is referring to our tour of South Africa where in my last over in one of the matches I managed to stop South Africa from scoring nine runs in the final over. If there were disciplinary problems with me then how come I was picked on that tour and the series after that? If there had been issues then would it not have made more sense to drop me or send me home rather than to pick me?


PakPassion.net : Do you believe that the captains you have played under for Pakistan have got the best out of you?

Junaid Khan : I've only played a few One-Day Internationals under the captaincy of Shahid Afridi and that was at the start of my career and I was relatively inexperienced. I have really enjoyed playing under Misbah-ul-Haq. He's a very calm man and he gives the bowler the option to set the field that the bowler wants and lets you get on with it as a bowler. But then if you don't bowl according to the field and don't bowl in the areas you should be, then he steps in and advises you.


PakPassion.net : You've been dropped from the recently announced PCB list of players with central contracts. That must have been a major surprise for you?


PakPassion.net : There have been some rumours that you were looking to settle in England perhaps switch allegiances and play for England in future. Can you shed some light on these rumours?

Junaid Khan : Let me clarify this issue. My priority is to play cricket for Pakistan. What I am today is because of Pakistan cricket and I will never forget that. A lot of my family is in England and my wife is also from there, so there is a possibility that at some point in the future I may settle in England but at the moment my priority is to reside in Pakistan and play cricket for Pakistan. My target is a comeback for Pakistan and that is all that I am thinking about at the moment.


PakPassion.net : You are currently in Bangladesh playing in the Bangladesh Premier League (BPL). What are the aims and targets regarding this tournament?

Junaid Khan : I've been playing domestic cricket in Pakistan and the BPL opportunity came about so I accepted the chance. These matches will be featured on television channels around the world and will have a lot of publicity. Also to get the opportunity to play against and alongside international players is important. My focus though is on some good performances in this tournament and to catch the eye once again of the Pakistan selectors. These Twenty20 competitions around the world are a real opportunity to showcase your talent and nudge the selectors.


PakPassion.net : You had some great times at Lancashire and are fondly remembered there. Is County cricket on your radar in the future?

Junaid Khan : I had some wonderful times at Lancashire and they really made me feel very welcome there. They really looked after me and I enjoyed some great days there. On the field we did well and off the field it was a great club to be at with some very good people there. I feel that County cricket really improved me as a cricketer and it's definitely something that I would love to do again in future. If an opportunity came up to play County cricket again I would definitely be interested.


PakPassion.net : You are a wholehearted and committed cricketer who relies on passion to perform. Have recent setbacks reduced that passion and commitment?

Junaid Khan : No, absolutely not. I honestly feel that as a cricketer the years to come will be my best years and the years that I perform at my best. I don't care whether I am playing club cricket, regional cricket, First-Class cricket, County cricket or international cricket as my commitment is always there. My cricket is about passion and that is still evident. I have been asked to bowl in Limited-Overs cricket at the toughest times, at the start of an innings and at the death as well. My statistics despite this are not that bad. I enjoy challenges and this phase of my cricket career is a challenge and I am ready to take it on and come out of it as a better cricketer.


PakPassion.net : Performing well, hoping for the best in future are easier said than done. Your critics and doubters say you are past your best as a bowler. What's your response to that?

Junaid Khan : Look, my goals are clear. I want to get my old rhythm back as a bowler. When you bowl with rhythm you take wickets regularly. I feel that I am not far away from being the bowler I was at my best and I do want to get my place back in the Pakistan team. I can only do my best and try my utmost wherever I play cricket whether that's at the BPL, Caribbean Premier League or the Big Bash. The offers to play in such high-profile tournaments are usually there but my priority is playing for Pakistan. In actual fact, I turned down the chance to play in the CPL for Jamaica as I was called up for a training camp by the PCB which I attended instead. The critics will always be there but I'm hoping that when I come back for Pakistan I will silence the critics.
Discuss!