"Moeen Ali needs to learn to bowl in a Test match" : Aamir Sohail

Known for his forthright and blunt views on cricket, the prominent commentator and former Pakistan captain, Aamir Sohail was a key member of Pakistan's Test and ODI squads between 1990 and 2000, playing two hundred and three international games in which he amassed over seven thousand and six hundred runs.

In an interview with PakPassion.net, Sohail spoke in detail about the issues and reasons behind Pakistan cricket's troubled historic relationship with their England counterparts and expressed his views about the progress of England cricketers Zafar Ansari and Moeen Ali and the positive impact of their inclusion in the England squad on the Asian community in the UK . 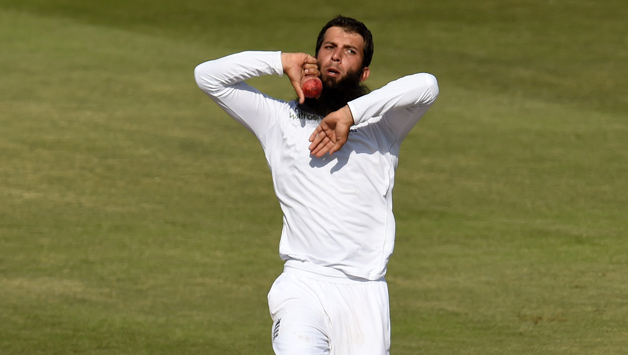 By Amir Husain (12th December, 2016)
PakPassion.net : What turned the tide for Pakistan in the 1992 World Cup? At which point, did you think that Pakistan could win the World Cup and would you say that England had peaked too early?

Aamir Sohail : I think it was purely down to the fact that we had started to win games after a dull start to the tournament. Especially when we beat New Zealand at the Semi-Final stage, we became extremely confident and sure of ourselves. There was an opinion and a strong belief in the team when we reached the final that we were there because it was our fate to win the tournament. Apart from that, the team had what can only be described as steely determination to succeed.

In England, we had an opponent in the final who had been playing consistently good cricket throughout the tournament. They had some excellent players and I do not believe that they had peaked early; in fact, they were putting some good performances all the way to the final. The Pakistan team they met in the final was full of self-belief and whilst the term “good fielding” was not usually associated with Pakistan teams of that time, we fielded very well in the final and took some excellent catches. Each member of the team contributed to the fullest in that victory.


PakPassion.net : What has historically been the reason for ill-feelings between England and Pakistan teams?

Aamir Sohail : To be honest what I could never understand about this issue was the fact that despite so many Pakistan players having played county cricket in England, there was a visible lack of friendliness between the teams during matches between the two countries. In normal circumstances, once the day’s play is over, players from opposing teams usually chat with each other and if any incident did take place in the field of play you laugh it off. Personally, I never saw that kind of relationship between Pakistan and England players and I felt that there was a distinct lack of communication between the teams. It appeared that even contact via the route of county cricket had not been enough to break the ice between the players.

From a Pakistan point of view, it would have been easy to point the finger of guilt at the England players. However, when England visited Pakistan, the behaviour of Pakistan players towards them was no different. You would have expected the visiting players to be invited at the homes of Pakistan players and more effort made to interact with the opposition but that, curiously, was not the case.


PakPassion.net : Did you feel that any effort was made from any of the sides to consciously bridge this gap?

Aamir Sohail : Sadly, that effort was missing for a good few years until our tour of 1996 when the Pakistan team asked Pakistan’s High-Commissioner to the United Kingdom to invite members of the local media as well as ex-England captains for dinner. The idea was to try and break the ice between the two sides and it seemed to work. On that tour, I went up to Sir Ian Botham and spoke to him about the reasons for this animosity between the two teams. He politely explained his point of view to me and he listened to my side of things. Both of us learnt a few things that we did not know about each other and I believe that sort of contact worked.

As a result, in 1999 when England visited Pakistan, the relations between the teams were of a much more friendlier nature. England players were happy to socialise with us and appeared friendlier. The matches were competitive as always but once play was over, there was a lot of friendly interaction between both teams. Of course, in the subsequent tours other events took place which put some tensions back into the relations but I do believe that in 1999 we had achieved something which had not been done before.


PakPassion.net : To the casual observer, Pakistan players always seem to be in the limelight in the British media for the wrong reasons. Do you agree with that and if so, why was that the case?

Aamir Sohail : I don’t think that there was anything specifically wrong with Pakistan players’ behaviour but then it came down to the same issue of communication. If you don’t interact properly with the local media, then misunderstandings will happen. Pakistan recently toured England a few months ago, and no untoward incident happened during that visit which proves what can happen when media interactions are handled properly. So basically, it is about respecting each other without compromising on the intensity of competition on the field.

Going back to the issue of dealing with the media, there is no doubt that there were some open issues like that of accusations of ball tampering which caused friction and the media picked that up. But we must also acknowledge the positive behaviour of the British media and the public towards Mohammad Amir during the recent tour of England.

Remember that this is the same country where the spot-fixing controversy broke out with Mohammad Amir at the centre of things but this time when he went there, he was appreciated and hardly a negative word was spoken about him including booing on the ground. He was given a warm welcome and the attitude in general was a sympathetic one towards him. In my view, if we as Pakistanis treat the other side with respect then they will reciprocate in kind which is the way it should be, especially when related to the game of cricket.


PakPassion.net : What are your memories of the incident involving Roy Palmer, Aaqib Javed and Javed Miandad?

Aamir Sohail : I am sure we all know what happened there but if you think about it, the basic reason for all these issues and what triggered all such incidents was the underlying hostility between teams. When we visited England, there was hostility and it was also true when England visited Pakistan. And incidents with umpires continued to happen until the introduction of neutral umpires. If you go back in history, there are many such incidents not just involving Pakistan but also other teams who were visiting India and Australia as well.

This specific episode took place in the backdrop of a very hostile series. This series was taking place in 1992 after England’s defeat to Pakistan in the ICC World Cup final and there was an edge to the proceedings. There were many parties including the media that was egging each other on but if saner heads had prevailed a lot of the unpleasantness would not have happened.


PakPassion.net : Amongst all this furore, you scored a magnificent double-hundred during this Test series; What memories do you have of this innings at Manchester?

Aamir Sohail : Well in the second Test at Lord’s during that series, I was playing really well in the first innings on seventy-three but then it rained and when I came back to bat next day, I was out without adding any more to my score. That made me very upset and I was determined to not letting another chance like that go in the future. So, when we moved to Manchester for the next Test, I found that the pitch was very bouncy and the ball was coming on nicely to my bat which suited my style of batting perfectly. I then told myself that I would get a hundred and not get out early as this was a perfect opportunity for me to get a big score. Thankfully things went my way and I got a useful double-hundred.


PakPassion.net : Do you feel that fellow left-arm slow bowler Zafar Ansari can be a success at the international level?

Aamir Sohail : There is no doubt in my mind that he is a decent player but more than that I am impressed by the way in which Asian players are making their mark in English cricket. It seems that Asians living in England are taking cricket very seriously and Ansari’s rise to becoming an England player shows that this is fast becoming the norm. In the Under-19 and Under-15 circuit, you will see many more Asians playing the game with the hope of making it to the top. One also wonders if the rise of players such as Zafar is a deliberate ploy by the ECB to encourage others and to show that everyone can play for England regardless of their background.


PakPassion.net : How do you see Moeen Ali’s future as an England batsman and spin-bowler?

Aamir Sohail : I believe that he is a decent batsman and has the makings of a very good all-rounder. What I feel he must do is to learn to bowl in a Test match. What I mean is that as a bowler he must know what is expected of him as a spin-bowler in the first innings and how he needs to change his approach for the second innings. Once he has those skills and can also improve his action to become a wicket-taking bowler, then you will see that he will become an integral part of the England team.
Discuss!