"If players won’t meet fitness standards, then there will be consequences" : Mickey Arthur

Mickey Arthur has had a torrid few months as Pakistan's head coach during the recent tours of New Zealand and Australia. Now in UAE in a similar role with the Pakistan Super League team Karachi Kings, Arthur faces a different challenge to inspire his team to better results than the first edition of the tournament in 2016.

In an exclusive interview with PakPassion.net, Mickey Arthur spoke about his experience with the Pakistan team on the tour of Australia, lack of power-hitters in the Pakistan line-up, Misbah-ul-Haq's future, the slow start in PSL 2017 for Karachi Kings, paid tribute to the former ODI captain Azhar Ali and looked forward to working with Sarfraz Ahmed as the new ODI captain for Pakistan. 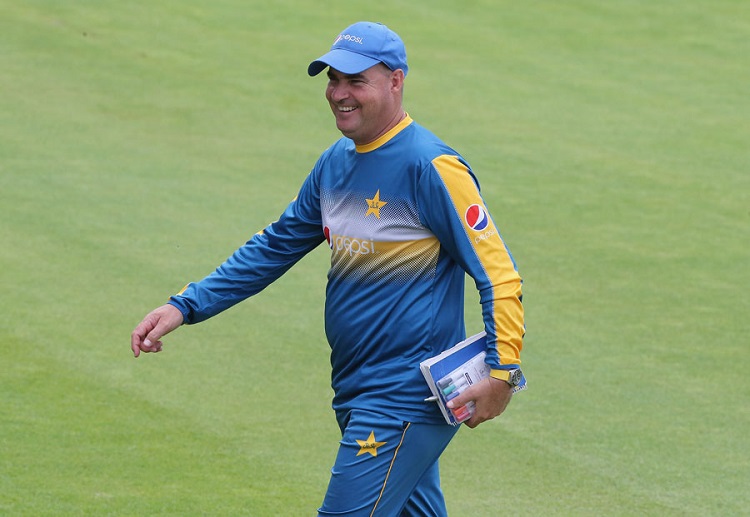 PakPassion.net : Given the results in the Australia series, would you agree that coaching Pakistan is tougher than what you had envisaged?

Mickey Arthur : It is tough work, but I am loving every minute of it. But then we already know that international cricket is tough and we are in the stage of developing cricketers and a team. That is one task that does make the job very interesting for me. So, it is challenging at times but one must also realize that we took the team to one of the hardest places to tour. Australia is one of the toughest places for an Asian team to play cricket in the world and we know that no Asian team has won a Test series there. We batted well but we didn’t bowl as well as we could and never really controlled the run-rate. Having said that, there were so many positives we could take out of that tour. Yes, it is frustrating at times but it is a challenge and my role is to create standards and we are creating our standards every day.


PakPassion.net : Your thoughts on the PCB organising a meeting for ex-players to offer advice on improving Pakistan cricket?

Mickey Arthur : I am very much in favour of this initiative by the PCB as the ex-players have so much to offer in this regard. They know the structures below and they know what we really need to do and the areas we need to improve upon. So, any input that we can all give that leads to a positive development of Pakistan cricket is good and should be welcomed.


PakPassion.net : Why is Pakistan struggling to produce big hitting batsmen and how do you intend to remedy that problem?

Mickey Arthur : To be honest, there is no magical solution to creating such batsmen but what we are doing is drills like the ones you see the Karachi Kings' squad doing; we do these every day of the week with some good results. Even during Pakistan's tour of Australia, we kept on doing similar drills so it's not a lack of practice which is a problem. What it boils down to is that we have to produce batsmen who can play free enough to hit the ball out of the ground. That is something we have identified as an important aspect of our cricket and that is what we are working on.


PakPassion.net : What are the main fitness issues in Pakistan cricket? Is it simply due to not training properly, lack of professionalism or something else?

Mickey Arthur : To me the biggest problem is that the domestic players who arrive at the international stage aren’t fit for that level. If you compare them to other international players, we are way off the mark so as a result we give runs away on the field which is a problem. We have created standards for the last eight months and there are individual standards and goals that the players have been given. The players have to simply meet those standards. If players won’t meet fitness standards, then there will be consequences.


PakPassion.net : Have you had a chance to speak with Misbah-ul-Haq about his future plans?

Mickey Arthur : I intend to have a chat with Misbah again to talk about how he sees his own future and what he has planned. Regardless of what he decides, the fact is that Misbah has contributed a lot to the team. As a great leader, he deserves all the appreciation and all the respect. He should be given a good farewell which he deserves either now or whenever he decides to go.


PakPassion.net : How is Mohammad Amir coping with his return to international cricket?

Mickey Arthur : I think Amir is getting better with every game and every time he bowls. Now, he hasn’t got the wickets that he deserves as we saw all through the last year. He has bowled exceptionally well in recent times and talking to Australian batsmen, they also told me that he had bowled outstandingly well. They felt that he beat the bat and asked questions all the time. To be honest, I am very excited with where we are going with Mohammad Amir.


PakPassion.net : Slow start for Karachi Kings at the PSL, but you must be happy with what you've seen recently?

Mickey Arthur : Look Twenty20 cricket is about momentum, it’s as simple as that. If we can get momentum, then it gives us confidence and every member of the team can feed off that feeling. I am not worried yet as I have seen enough to keep me interested in this team. I have seen enough desire and hunger in our dressing room. Our overseas cricketers haven’t played cricket for a while and it’s important that they find their mark in this tournament and find it quickly. Having said that, I have seen enough in this side recently to believe that they have the ability to go the distance in this competition


PakPassion.net : Your thoughts on the change of guard for the ODI captaincy for Pakistan.

Mickey Arthur : I am really looking forward to working with Sarfraz Ahmed but then I also loved working with Azhar Ali as well who, in my view, is a fantastic cricketer and a fantastic person as well. Turning to Sarfraz, he brings another type of skill set as he is a tough and an aggressive captain. He is always on the move and constantly thinking. I think his captaincy helps his wicket-keeping and general all-round play as well and he also takes on a lot of responsibility.
Discuss!