Already established as a key member of Pakistan's Test batting line-up, thirty-one-year-old Asad Shafiq is currently an integral part of the Quetta Gladiators squad in the Pakistan Super League. With an impressive record of over one-hundred and twenty international appearances where he has scored over four-thousand and eight-hundred runs, he is now looking to help his PSL side to reach the pinnacle in 2017.

In an exclusive interview with PakPassion.net, Shafiq spoke about his overall PSL experience, his views on Pakistan's new ODI captain Sarfraz Ahmed, his interaction with Viv Richards and Kevin Pietersen and why he thinks Quetta have the capability to win this year's PSL. 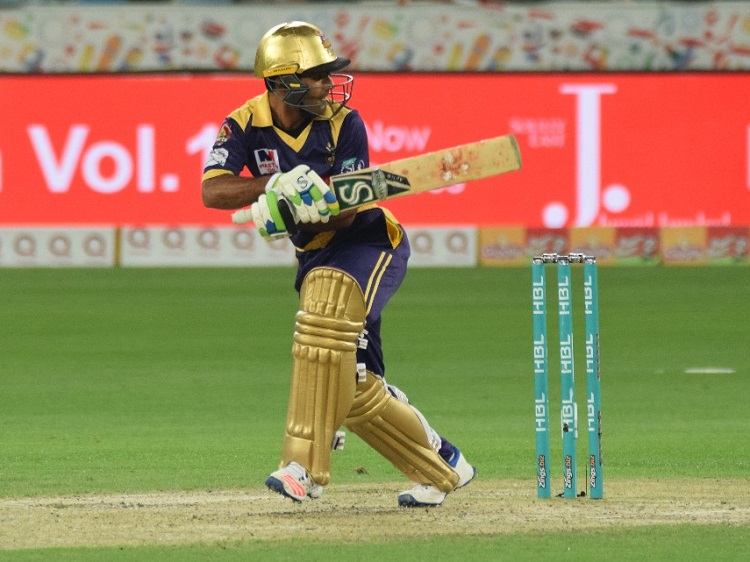 PakPassion.net : How has the experience been so far of this year's Pakistan Super League?

Asad Shafiq : It’s been a great experience playing in the PSL so far. As you will recall, I also played for Quetta Gladiators last year but unfortunately got just one game. This time around, I have played most of the games so far and I am feeling very good about myself. To be honest, I was expecting the tracks in Dubai to be more friendly towards spinners but that hasn’t always been the case it seems. I feel that the tracks in Dubai are also conducive to fast-bowlers and the ball is coming on nicely for the batsmen which makes it very enjoyable. I think I have played well so far and I believe that I am not too far away from playing a big innings.


PakPassion.net : You had a tough and in some parts disappointing tour of Australia. Are you looking at the PSL as a way of proving your critics wrong?

Asad Shafiq : The pitches in Australia were very tough to bat on and as an Asian batsman to perform out there is a big challenge. It was a great experience for me to go out there and adapt to local conditions. To score a hundred in a Test on those pitches was very pleasing. That also gave me a lot of confidence as it showed that I could also score runs in foreign conditions as well. Unfortunately for the team we did not win matches barring one in the ODI series but the fact is that we played some good cricket. I am really proud of the way our team played but there were some really close games that we lost which we really should have won. As a batsman, I really enjoyed the challenge in Australia. I am now playing in the PSL and enjoying myself tremendously. I am not here to prove my worth or stature as a batsman in limited over formats as my only aim is to ensure that I improve as a batsman during this tournament.


PakPassion.net : What do you make of Sarfraz Ahmed as a captain?

Asad Shafiq : I have been playing under his captaincy for a long time now as Sarfraz and I have been playing in the same club and the same department as well. Unlike many others who have just started to appreciate his captaincy, I have already had a fair idea of what he is like as a captain. He is an aggressive captain and leads from the front. Even in club cricket which is generally played in a very relaxed style, Sarfraz does not allow us to take it easy and comes down hard if he sees us not putting in our hundred percent. This is a huge plus point for Sarfraz that he never takes anything lightly in cricket. It does not matter if it is club cricket or an international game, the intensity that Sarfraz shows is always the same and of the highest quality. I think Sarfraz will take the Pakistan One-Day team forward.


PakPassion.net : What sort of interaction do you have with Viv Richards who is a mentor for Quetta Gladiators?

Asad Shafiq : We all have a great rapport with Viv. Even in the first edition, he was with us but at that time I had just heard of him as a legendary batsman. I had never met or spoken to him before. When I did meet him in person, I was impressed by the fact that he is a great human being as well. He has a friendly personality and he can deal with every player on equal terms. With the depth of experience he has from his playing days, Viv is able to deal with and understand players and provide them the advice which is catered and suitable for them. A few days ago, when I lost my wicket he came over to me and spoke to me at length about how I should have fashioned my innings in that situation to help the team. In cricket, you learn something new every day but when that lesson is given to you by one of the greats of cricket then it does stick in your head forever.


PakPassion.net : Kevin Pietersen is a big name in cricket and it must be great playing alongside such great players?

Asad Shafiq : The value of playing alongside and in the same team as KP is absolutely fantastic. He has been giving me some excellent tips since the first time I met him at the PSL last year. He pointed out changes that I need to do in my Twenty20 game. But it’s not just me whom he helps. He always has some excellent advice for the whole team whether we are in the team bus or in training. His aggressive game is just a treat to watch not only as a spectator but even for me as a student of the game.


PakPassion.net : Which younger players have impressed you in the Quetta Gladiators squad?

Asad Shafiq : I will say without any hesitation that Hasan Khan is a young cricketer in our team who has really impressed me. He is an exceptional fielder and a utility batsman who can come in at any situation and give you those important runs. Of course, he is also a brilliant spinner as well. In my view, he will prove to be an excellent prospect for Pakistan in the coming years.


PakPassion.net : How much were the players effected by the corruption issue at the PSL?

Asad Shafiq : There was no change in our commitment to winning this tournament. Whatever happened, only affected the players involved in that issue. Things like that can happen in the world we live in, but it has had no affect on our goals which is to take Quetta Gladiators to the top.


PakPassion.net : Quetta Gladiators came so near to winning the 2016 edition, is there a determination in the squad to complete the job this year?

Asad Shafiq : There weren’t many people who were expecting us to come that far in the inaugural edition of the PSL but we did that. No one rated us at all and people were surprised when we got to the final. This year we have had a good start and have become the first team to qualify for the play-offs so our confidence is sky-high. The way we kicked off the tournament by winning a match from a tight situation did wonders for the team’s unity and morale. We took a lot of positives from that tournament opener and haven’t looked back since as you saw in Sharjah where we chased down the highest total of this year’s tournament. The belief that we can now win from any situation is firmly implanted in the team. We expect to carry on in this way and go all the way to the top and finish the job this year.
Discuss!