A veteran of over 100 international games, Imran Farhat scored over 4000 runs for Pakistan in all three formats of the game. The left-handed opener faced some of the toughest bowling attacks of his time and offered a good account of himself against bowlers of the quality of Shaun Pollock, Daniel Vettori, Mitchell Johnson and Muttiah Muralitharan to name a few.

In an exclusive interview with PakPassion.net, Farhat spoke about the reasons behind the declining standards of domestic cricket in Pakistan, looked back on his own international career and offered his views on young Pakistani opening batsmen Shan Masood and Imam-ul-Haq. 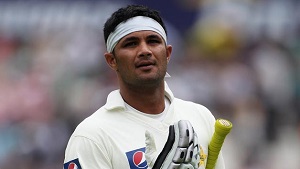