An instant crowd favourite at the recently concluded 3rd edition of the Pakistan Super League (PSL), Samit Patel earned praise for his outstanding bowling performances for the title winners, Islamabad United, as well as his decision to visit Pakistan to play the final of the tournament.

In a recent interview, Samit Patel spoke about his experience of playing in the PSL and the hospitality he received in Pakistan, his impressions of Faheem Ashraf, Hussain Talat, Asif Ali and Zafar Gohar, thoughts on the ball-tampering controversy and his aims and targets at Nottinghamshire for the upcoming season. 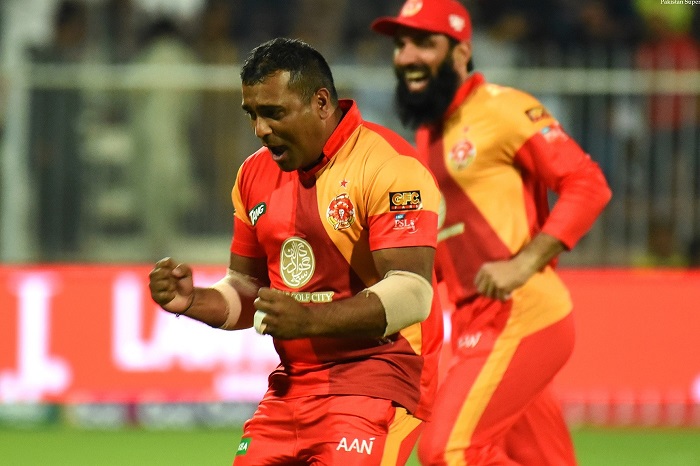 PakPassion.net: You've recently returned from playing in the Pakistan Super League, how was the experience of playing in that tournament?Samit Patel: I actually went to this tournament last year when I was signed by Peshawar Zalmi but I didn't play any matches, so this was actually my first proper opportunity in the Pakistan Super League. To be around some of the best players in the world was great. At Islamabad United we had the likes of Andre Russell, Misbah-ul-Haq and Samuel Badree, guys who I felt I could learn from. In the backroom staff we had Waqar Younis and Saeed Ajmal, two great names to feed off really.PakPassion.net: Are tournaments such as the Pakistan Super League a good opportunity for even the experienced players like yourself to work on technical aspects of your game?Samit Patel: Yes definitely. I got some good technical tips from Saeed Ajmal which have resulted in some changes to my bowling action. He brought in some ideas from a technical and mental aspect which we worked on. The couple of technical changes that Saeed suggested have had a positive effect. I was very happy with Saeed and the work he did with me during the Pakistan Super League.PakPassion.net: How do you feel about playing in Pakistan again, especially with suggestions that half of the Pakistan Super League will be played in Pakistan next time around?Samit Patel: It was all good. The way we got treated this time around was fantastic. We went there with high security, but when we landed in Karachi it was perfectly fine. I can't fault any of the security while I was in Pakistan.