"No point being bitter about my non-selection" : Fawad Alam

Regarded widely as a more than able replacement for either of the retired duo of Misbah-ul-Haq and Younis Khan, 32-year-old Fawad Alam has been unable to make a comeback in the Pakistan Test team since November 2009. With a highest score of 168 which he scored on his Test debut against Sri Lanka and with a current First-Class average of over 55, his exclusion from the Test side currently touring England has raised a few eyebrows

In an exclusive interview with PakPassion.net, Fawad Alam spoke on a variety of topics including what he is looking to gain from his current stint in the Lancashire League, his thoughts on his continued exclusion from the Pakistan Test side, the responsibility of experienced players to perform against England in the upcoming Test series and why he feels that Pakistan are capable of holding their own against an England side featuring the likes of James Anderson and Stuart Broad. 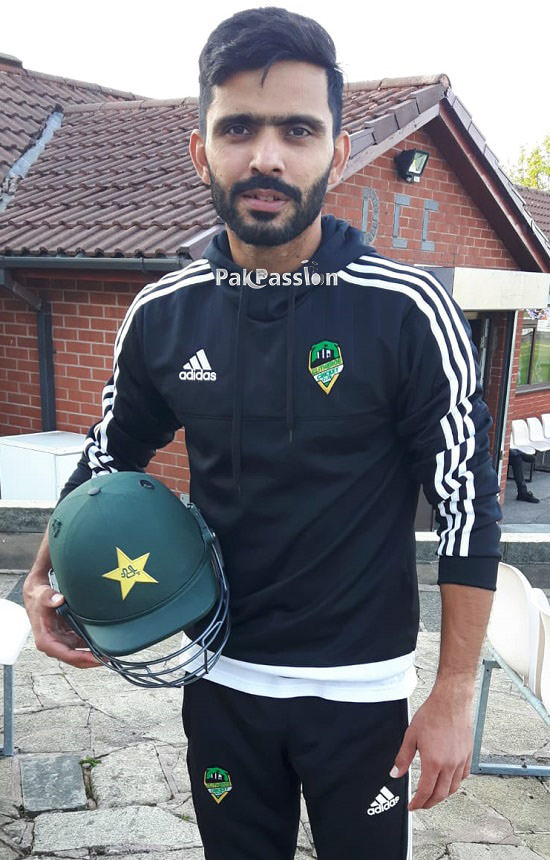 PakPassion.net: You are back at Clitheroe in the Lancashire League after a successful first season, what are the aims and plans for this season?

Fawad Alam: Club cricket in the United Kingdom can be a big plus for batsmen as you are gaining experience in conditions that are alien to you and you are expected to carry the team forward as the overseas professional. You are being paid and you are expected to deliver performances in every match and there is pressure on you to perform week in, week out and that I feel gives you a buzz. The way I look at it is that expectations are very high, but you use those expectations to polish your skills and improve as a cricketer. There is not much cricket at the moment in Pakistan, so the other advantage is that I am getting game-time. The standard of cricket is good in the Lancashire League and I am getting the opportunity to play mainly on bowling-friendly surfaces which are a rarity in Pakistan.


PakPassion.net: On the surface you have taken non-selection for the series against Ireland and England on the chin, but inside you must be hurting?

Fawad Alam: No, honestly, even inside me it's the same reaction. I have to be positive or there is no point playing cricket in future. If I keep thinking of my non-selection as a negative then nobody will get harmed other than myself. Selection matters are out of my hands, what is in my hands is the need to work hard and do my best. Scoring runs in every match is also out of my hands, but ensuring that I am fit, practising and ready and performing is in my hands and that is all I can do really. I have always felt that the harder you work and the more you practice, the better the player you become and that is a philosophy that I will continue to adhere to.


PakPassion.net: A first-class average of over 55, many first-class hundreds and fifties, yet you are still not good enough for Pakistan. Seems strange doesn't it?

Fawad Alam: Keep on trying is my motto and my objective is to keep on scoring runs for my region and for my department and then hope for the best. All I can do is to perform and do what is in my control. I just think about maintaining my standards and not letting my standards slip. In fact, my aim is always to improve my standards. Every year I think about improving and scoring runs whenever the chance comes and in whatever the situation is for the team. So let's see what happens in the future, who knows maybe one day another chance may come to wear my country's colours again.

PakPassion.net: Was there much interaction between you and the coaching staff at the training camp in Lahore ahead of the Ireland and England tours?

Fawad Alam: The atmosphere was fine and it was no different to any other camp. I was treated fine, the same way as the other players. It was enjoyable and at the same time it was hard work. I think the training camp was very good and well-structured in all areas. It helps when you are involved in such camps as it gives you an idea of what the current Pakistan coaches are expecting and what their priorities are. It was good to be involved in the camp and to be around the coaching staff like Mickey Arthur and Grant Flower and show them my skills and my levels of fitness.


PakPassion.net: Come on, spill the beans, who have you upset in the corridors of power in Pakistan cricket?

Fawad Alam: I'm not sure who I have upset, I don't think I've upset anyone as far as I am aware. All I am trying to focus on is to convince Allah and when Allah is convinced then everything will be fine for me.


PakPassion.net: Some former players have said you haven't got the technique to bat in England. What's your response to that?

Fawad Alam: They are entitled to their opinion, that's what they do. Maybe they know more about cricket than me as they are experts. It is their job to give opinions but my job is to play cricket and perform, wherever that is in the world and for whatever team that is. I've performed in different parts of the world and I don't think I have to go into the details of those performances. If you are selected to play for Pakistan, that is a huge honour and you are only picked if you are good enough and in my opinion that usually means that you are capable of playing around the world. As a cricketer, I don't look at which conditions suit me and which conditions don't, I just go out there and do my best and to the best of my ability.


PakPassion.net: There were reports that when you were not selected for the tours of Ireland and England, Sarfaraz Ahmed came up to you and he was very upset. Is that accurate?

Fawad Alam: Nothing like that happened. Everything was fine.


PakPassion.net: Can you clarify what happened then, was he in tears?

Fawad Alam: I don't know anything about that. If he said it, then it's best to ask him.


PakPassion.net: Have you spoken with Sarfaraz Ahmed since the squad was announced?

Fawad Alam: We had a discussion, it was nothing out of the ordinary. He just said to me don't give up and keep trying and keep working hard.


PakPassion.net: No Younis Khan, no Misbah-ul-Haq and no Fawad Alam. This is one inexperienced squad currently in England isn't it?

Fawad Alam: The Ireland win will have boosted the confidence of the boys and a win is always a positive sign especially in tough conditions. That win was very important for the squad and it will have given the boys a lot of confidence. Whoever has been selected, experienced or inexperienced needs our backing. This is Pakistan's team, it's not mine or anyone else's and as Pakistanis we should back our boys. My prayers are with the boys and I hope that they perform really well especially as two of our most experienced players aren't with the squad and I hope our players don't let us feel that we are missing both Younis Khan and Misbah-ul-Haq. Experience comes with opportunities and you only gain experience by being in tough situations against the best opposition. But Pakistan also has some players in there who have been around for 8 or 9 years in international cricket and they have to deliver. The responsibility is with them and it's crucial for Pakistan that they deliver and carry the younger players forward with them. If the experienced guys are performing and showing the youngsters the way, then that makes it a lot easier for the younger guys.


PakPassion.net: Do you believe that you are better than some of the players selected on the current tour?

Fawad Alam: Look, whoever has been selected has my best wishes. If I was in the squad then I would want my countrymen to back me too. There is no point being bitter about my non-selection and I am backing them all to do well against England. It's important for Pakistan Test cricket that some of the younger guys perform and step out of the shadows. A good tour of England can only be a positive sign for Pakistan and for the young guys in the squad.


PakPassion.net: Replacing Misbah-ul-Haq and Younis Khan is easier said than done, isn't it?


PakPassion.net: Are you surprised at some of the players who have been selected in the current Test series?

Fawad Alam: I'm not surprised because some of the players who have been picked have done well recently in the 50 over and 20 over formats and they have now been picked in the Test format. I think the selectors know best and can talk about this because one would hope they are planning for the future and have one eye on what lies ahead. There are a couple of new boys in there who have done well in domestic cricket too and deserve their chance and I hope they do well for Pakistan and for themselves.


PakPassion.net: James Anderson and Stuart Broad must be licking their lips looking at the Pakistan batting line-up?

Fawad Alam: Conditions will be important and at the moment, the weather has improved as have the wickets. As we saw in Ireland when the weather improved, the wicket got easier and if the weather is good in London, which it has been of late, that could play into Pakistan's hands and really make a difference. If the English bowlers don't get the conditions they want, then that could lead to some frustration and that could benefit Pakistan. Last time in England, Pakistan drew 2-2 and that proved that if conditions are good for batting then Pakistan are more than capable of holding their own against England.
Discuss!