"I have high hopes of making a comeback to the Pakistan team" : Aamer Yamin

Regarded as a promising all-round option for Pakistan, Aamer Yamin has so far played 6 international games since his debut against Zimbabwe in 2015 and participated in all three editions of the Pakistan Super League (PSL) where he has represented Peshawar Zalmi and Lahore Qalandars.

In an exclusive interview with PakPassion.net, Aamer Yamin spoke about his career so far and his hopes of performing well in the upcoming domestic season, the tough competition for the all-rounders slot in the Pakistan team, the advantages of playing in the PSL and his aspirations to make an international comeback. 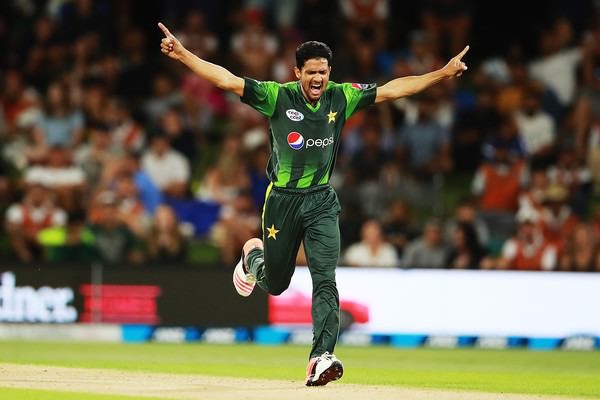 PakPassion.net: How would you describe your career so far?

Aamer Yamin: I feel that I have done fairly well based on the opportunities I have been given. I made a promising start to my international career in my debut ODI series against Zimbabwe in 2015 where I scored 62 and took one wicket in the 2nd ODI and then when I was selected for the series against New Zealand in 2018, I played one game in which I scored 32 runs and took one wicket. Later on in the T20I series against New Zealand (2018), I did really well taking one wicket whilst conceding just 25 runs. The fact of the matter is that whenever I have been given a chance to play for Pakistan, I have made sure that there is no lack of effort from my side.


PakPassion.net: It therefore must be a matter of great disappointment that your name did not feature in the latest list of central contracts published by the PCB?

Aamer Yamin: I am naturally disappointed after learning that my name was not included in the list of players who were awarded central contracts by the PCB for 2018/2019. But, such is life and there are ups and downs along the way, so I am not too worried about this as I know that a player can be in and out of any team during the course of his career. What I am focusing on now, is to work hard and to keep my eyes on performing well in the upcoming first-class domestic season that starts on 1st September with the Quaid-e-Azam Trophy. I'm hoping to do well in that tournament and catch the eye of the selectors with some excellent performances.


PakPassion.net: Having played in a few domestic seasons yourself, what is your opinion of domestic cricket in Pakistan?

Aamer Yamin: I feel that the standard of domestic cricket has really improved over the years. In previous years, we had 16 departmental and 12 regional teams which have now been reduced to 8 teams each from both departments and regions. The quality of cricket has improved drastically as a result of this change and with the introduction of the drafting system, the level of competition has also gone up a few notches.


PakPassion.net: Do you think the PCB’s recent announcement regarding improvements in match fees for players will help in improving quality of cricket?

Aamer Yamin: It goes without saying that having better financial rewards will lead to better performances by our cricketers as they will be more relaxed knowing fully well that their monetary needs are being looked after well by the PCB. There will be more motivation to perform better and I do believe that the changes made for this year are an excellent gesture by the PCB and will surely lead to improvements to the quality of cricket played in the country.

PakPassion.net: What sort of assistance have you had so far which could you in improving your game?

Aamer Yamin: I have been working very hard on my batting and I'm also trying to increase the pace in my bowling as that can really increase my chances of playing international cricket again. In the past, Waqar Younis worked with me to help improve my bowling which was a great experience. I can also consider myself lucky that during the PSL tournaments, Aaqib Javed helped me to fix issues with my bowling during my time with the Lahore Qalandars. I am also indebted to Pakistan bowling coach Azhar Mahmood, who helped me improve my slower deliveries and in the process, I learnt about 3 variations of this sort of a delivery. Unfortunately, I am no longer part of the Pakistan team at the moment but God Willing, I hope I get another chance to work with Azhar Mahmood and improve my skills further.


PakPassion.net: Do you feel that you have a chance to make a comeback in the Pakistan team as an all-rounder, given the presence of the likes of Faheem Ashraf and Shadab Khan?

Aamer Yamin: Let me start by saying that I am proud of the fact that Pakistan is blessed with some excellent talents like Faheem Ashraf who was recently declared as the PCB’s emerging player of the year, and Shadab Khan who has performed brilliantly for Pakistan. As far as my situation is concerned, I feel that one can only prove himself and also improve as a player if given chances to play at the highest level. I can assure everyone that I have always endeavoured to make the most of any chance given to me. It doesn’t matter if it is a high-profile domestic game or if it’s a local club, I put in my best efforts to perform to the best of my abilities and will prove to the world that I am an outstanding all-rounder.


PakPassion.net: How has your experience been at the PSL?

Aamer Yamin: I have taken part in all three editions of the PSL but unfortunately, I have not been able to perform that well in this tournament. I played two matches for Peshawar Zalmi in the first edition of the PSL and then in 2017 I became a part of the Lahore Qalandars and played three games. In the 2018 edition of the PSL, I played just two games for Lahore Qalandars but could not take any wickets which was very disappointing. But, I do know that a good performance in the PSL can do wonders for your career and this is why I am targeting much better performances in the next edition of this tournament. My intention is to give my best for any team that picks me for this tournament and to help them win PSL 4.


PakPassion.net: What were the reasons for Lahore Qalandars' below-par form in the PSL in 2018?

Aamer Yamin: The Lahore Qalandars squad was an excellent one, but I feel that it was just a matter of some bad luck in the 2018 tournament as we lost games from winning positions. Regardless of the how they performed in the tournament, the fact remains that Lahore Qalandars have done a great job in discovering and introducing new talents into Pakistan cricket and for that I would like give credit to Aaqib Javed and the team management for their tireless efforts. I do hope that Lahore Qalandars will perform better in the next edition of the PSL and will end up as tournament winners.


PakPassion.net: How important is the advent of the PSL for Pakistan cricket?

Aamer Yamin: There is no doubt in my mind that the PSL has played a key role in introducing and refining our talent. The likes of Shadab Khan, Fakhar Zaman and Faheem Ashraf are all products of this tournament and I am sure more such names will emerge as a result of future editions of this tournament. Each game in PSL is of high quality and provides experience similar to international games for the players. As a player, you get the chance to share the dressing room with world-class players which is a great learning exercise for any cricketer. Personally speaking, I learnt a lot from our senior international players as they showed me how they handle pressure and gave me great insights as to how to read the game.


PakPassion.net: You are 28 years old now; you must feel that time is running out to make a comeback to the Pakistan team?

Aamer Yamin: I am a firm believer that if you are fit enough, you can play until the age of 40 as well, as has been demonstrated by Misbah-ul-Haq and Younis Khan. I do realise that a fast-bowler has a relatively shorter shelf-life and it’s rare to see bowlers play past the age of 35. In my view, it's only when you get to the age of 30 that you can consider yourself a seasoned cricketer as by that time you have gained valuable experience and are better equipped to handle pressure. Only after playing a good few domestic seasons can one be in a position to be called a proper cricketer, so I am not too bothered about my age but instead I am focusing on gaining as much experience as I can which could help me play for Pakistan again.


PakPassion.net: Does the idea of playing league cricket around the world interest you?

Aamer Yamin: I have a lot of interest in playing in international leagues as I feel that such competitions provide excellent experience in different playing conditions. Last year I represented the Bengal Tigers in the inaugural edition of the T10 League in the UAE and hopefully I will get another chance to play in this league in the next edition which is to be played in December of this year. I am also on the lookout for opportunities to play in other leagues so let's see how it goes in the future.


PakPassion.net: Do you feel that you still have the skills to make a comeback to the Pakistan side?

Aamer Yamin: I am a very positive person and I have high hopes of making a comeback to the Pakistan team in the near future. I understand that this is easier said than done so I am prepared to work doubly hard to achieve this goal. I am hoping to put in some solid performances in the upcoming domestic season and I would like all my well-wishers and fans to pray for my success and to know that I will never let them down and will do whatever is needed to play for Pakistan once again.
Discuss!