"Ajaz Patel will be the one to watch for Pakistan" : Anton Devcich

A hard-hitting opening batsman by trade, Anton Devcich has been a regular contributor in Twenty20 Leagues such as the Pakistan Super League), Caribbean Premier League and most recently, the Afghanistan Premier League. He made his debut for New Zealand in 2013 and has since played 16 games for his country, scoring 306 runs.

In an exclusive interview with PakPassion.net, Devcich spoke about his experience of playing in the APL, the advantage of playing league cricket around the world, looked forward to New Zealand's upcoming Test series against Pakistan and his future aspirations to make a comeback for New Zealand. 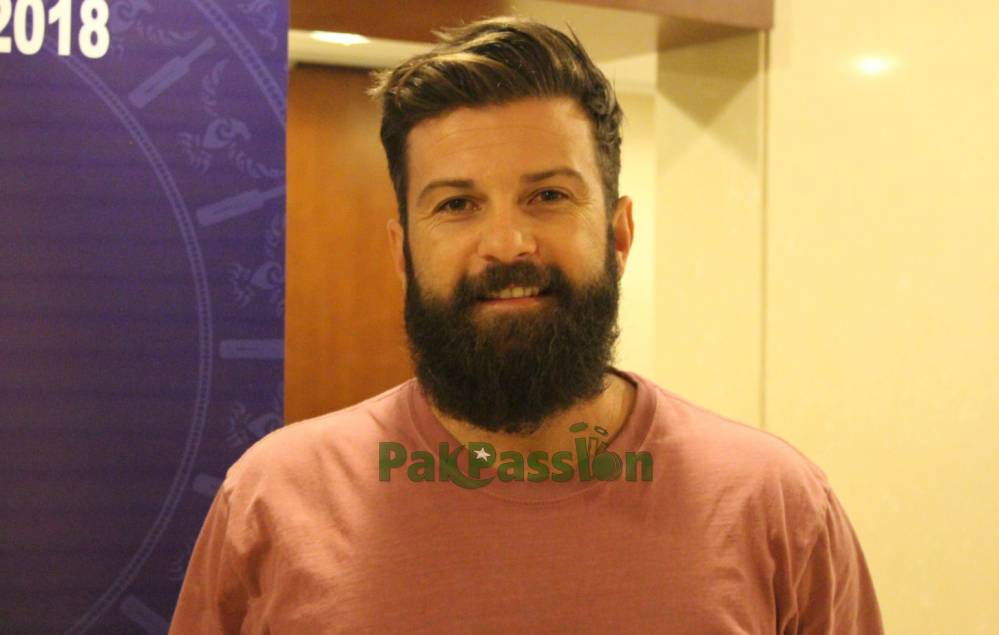 PakPassion.net: How is the experience of playing Twenty20 League cricket?

Anton Devcich: It’s definitely a lot of fun playing league cricket around the world. Although, it's not for everyone as a lot of players love staying at home or enjoy the structure that the international game brings you. These types of tournaments are a little unstructured in that you have to take responsibility to keep yourself training and stay fit. In these small tournaments, you don’t get looked after by management in the same was as you would be in international tournaments. But, I can see a lot of players still wanting to play in such tournaments as it is a good lifestyle and it is a lot of fun playing with a lot of players around the world. There are a lot of opportunities to learn and play alongside and against world-class players too.


PakPassion.net: What was it like to play in the Afghanistan Premier League (APL)?

Anton Devcich: It goes without saying that every new T20 tournament has a few teething problems to start with. However, the APL has come together quiet smoothly and the cricket has been of excellent quality during the tournament. The Afghan boys, as we saw during the tournament, are a very talented lot, and are exciting prospects for world cricket going forward.


PakPassion.net: Were the Afghanistan players eager to learn from the overseas players in APL?

Anton Devcich: Obviously, all the overseas guys are good quality players which is why they have been brought on-board by the various teams. Their overall standards are excellent, and they also do the little things really well. Apart from coming into contact with some of the big international players and learning from their experiences, the local Afghan players participating in the APL also get to see the bits that the overseas players do as a habit and have been doing for a long time. So, it’s good for the local players to learn from simply observing from the experienced players game in, game out.

PakPassion.net: The IPL, PSL, CPL, BBL and now the APL – Is there a danger of having too many leagues in a year?

Anton Devcich: There is undoubtedly a lot of cricket going on and I am not sure if this is a bad thing as in my view, the more cricket that is played, the better it is for the game. As long as the crowds come in their numbers and it’s a good product with world-class players playing in such leagues, I don’t think too many of these leagues are an issue. There are quite a few leagues being played around the world during the year and you have top-class players playing in them which is great. Its only when the standards start to drop, and I haven’t seen any evidence of that yet, is when you start to worry about too much cricket as an issue.


PakPassion.net: Have you been satisfied with your recent performances?

Anton Devcich: I was playing in the Caribbean Premier League (CPL) before I came over to the APL. Once in the APL, I seemed to be treading water a bit in the initial few games but then got a good score in the 3rd game. It was good to get some runs at the top of the order after a long time as I had been playing in the middle order in the recent past. I am a natural opener and have opened the innings all my career. So, it was great to bat up the order and also get some runs during the APL. I know it's important to score runs but it’s equally crucial to score runs at the right time and this is what I tried to do during the tournament.


PakPassion.net: How do you see New Zealand’s chances in the upcoming Test series against Pakistan in the UAE?

Anton Devcich: It’s going to be an interesting series with New Zealand in a bit of a transition stage, with some of the old guys leaving the game and new ones coming in. Also, with Martin Guptill out of the series, I feel that it will be a tough tour for New Zealand. They are coming out of their winter and the guys haven’t played that much cricket in recent times. Pakistan are always very good and competitive in their own conditions. As we saw in the Test series against Australia, they have some class bowlers and equally good batsmen. Make no mistake, New Zealand have the ability to match Pakistan, but my feeling is that both sides will have a 50-50 chance of coming out on top.


PakPassion.net: How do you rate New Zealand’s bowling attack for the upcoming series against Pakistan?

Anton Devcich: New Zealand have a good spin attack with Ajaz Patel who will be the one to watch for Pakistan as he has performed well at the domestic level and was very good in the T20 games against Pakistan A recently. Mitchell Santner is not in the squad due to injury so there will be some pressure on Ajaz Patel who is a little old to get into international cricket at the age of 30 and may well find the step-up to international cricket a little tough. However, I am confident that he will be able to handle that pressure when he gets a chance to play. The seam bowling line-up for New Zealand is also quite good and I am sure they will come into their own during this series as well.


PakPassion.net: Are you still hopeful of a return to international cricket in the future? Is playing in Tests a realistic expectation on your behalf?

Anton Devcich: I am done with trying to find a place in the Test side and I really have no ambition to play Test cricket. I am 33 and I struggle to play 50-Over games so to play 5 days in a row is impossible for me now, so I will leave that for the younger guys. In terms of a place in the ODI and T20I sides, there was a good reason why I have wanted to play leagues such as the PSL and APL. What I am looking to get out of such leagues is to gain experience and enhance my skills in the shorter formats of the game. I did speak to New Zealand Cricket before coming out to play in these leagues and let them know that my main goal is to play white-ball cricket for New Zealand. The T20 leagues are ideal venues for me to up-skill myself, rather than going to play domestic cricket back home where you play the local guys and cricket is not of a high standard. So, fingers crossed, I will get picked by New Zealand for international duties. I am playing some good cricket in all these leagues and hopefully New Zealand Cricket are watching and will pick me up for the next tour.
Discuss!