"The two bowling attacks (in the Ashes) are unbelievable" : Glenn Maxwell

All-rounder Glenn Maxwell has been a mainstay of Australia's LOI squad with 2877 runs and 50 wickets in 110 ODIs and 1514 runs and 26 wickets in 59 T20I appearances for Australia. In an interview with Saj for Sky Sports, Maxwell spoke on a number of topics including his disappointment at Australia's failure to win the 2019 World Cup, his own struggle to find form in the ICC tournament, the effects of having David Warner and Steve Smith back into the Australia squad, his hopes for playing more Tests for his country and looked forward to the upcoming Ashes series. 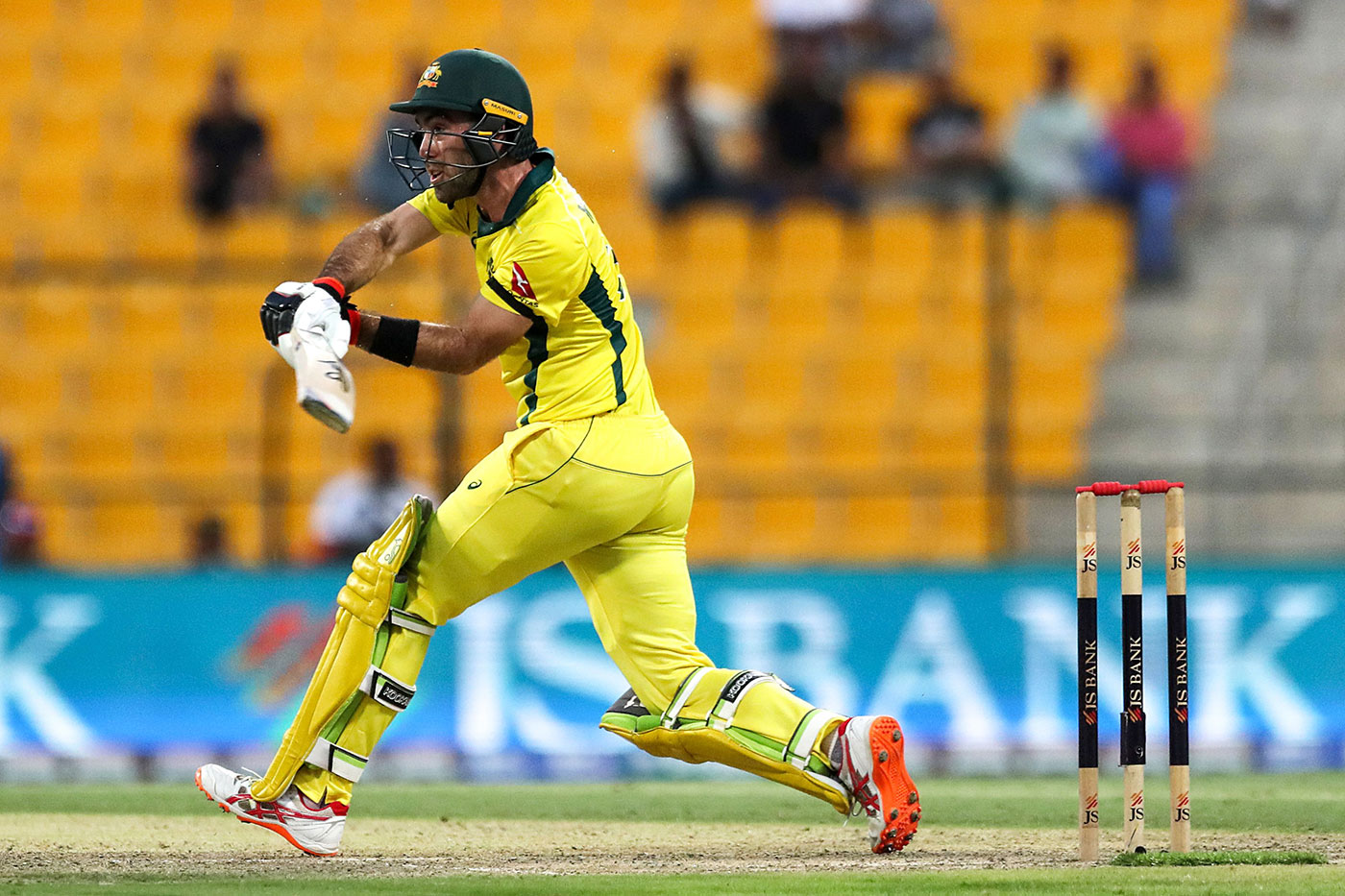 PakPassion.net: How disappointing was the semi-final exit at the recently concluded World Cup?

Glenn Maxwell: Yes, obviously, it was a bit disappointing as we were a bit short of where we wanted to be. We were three days short of the tournament final and we didn't quite nail the perfect game at the right time. England were extremely impressive in their victory against us and thoroughly deserved the win, but unfortunately we didn't quite get it right on the day.


PakPassion.net: How frustrating was it for you to struggle for form at the World Cup?

Glenn Maxwell: Yes, I certainly would have liked a few more runs and to have a bit more of an impact at the World Cup, but unfortunately things like that happen and in tournament play you can sometimes get into a bit of a rut and it can be hard to get out of it. I felt like I was hitting the ball well, but sometimes the luck doesn't quite go your way and every time you make a mistake, you're out. But these things turn around pretty quickly and since I've come back to Lancashire the luck has turned around a bit for me. Almost instantly since returning to Lancashire, I've hit the ball pretty well and started to see some results straight away.


PakPassion.net: Looking back at the World Cup, would you have done things any differently?

Glenn Maxwell: Not really. I think we prepared as well as we could have and we gave ourselves every chance to win as many games as possible, but as I said, unfortunately it didn't quite happen on the day against England. We got ourselves in a great position in the group stage to finish in the top 2 and give ourselves the best chance. We let the game against South Africa slip and that was the chance to finish top of the group and stay in Manchester and take on New Zealand where we could have stayed in the same hotel a little bit longer and taken away a travel day which would have been nice. We let the last two games slip and as soon as you make an error in tournament play like that, it can cost you.


PakPassion.net: The Black Caps seem to have by and large taken the costly umpiring error in the World Cup final in their stride. Would you have been quite so laid-back about such a big mistake from the officials?

Glenn Maxwell: I'm not so sure about that. But not being in that position, it's difficult to say how you would react. The Black Caps had an unbelievable tournament and they'll say it's history now and they can't do anything about it. I'm sure it will have been disappointing for them and they won't dwell on it too much, but they can be extremely proud of what they achieved at the World Cup. They made a few errors at the end of the final when they had their chances but ultimately the outcome of the match cannot solely be down to the umpiring.


PakPassion.net: How was it having Steve Smith and David Warner back amongst the squad?

Glenn Maxwell: They are two world-class players. The way David Warner went about his batting at the World Cup was outstanding. He was amongst the top run-scorers in the tournament and gave us the best chance to have success. He started most games really well for us and gave us a good platform to build upon. Steve's a quality player and we all saw the innings he played against England in tough conditions. He's someone who stands up when we need him and hopefully he can continue that form into the Ashes and have some success there.


PakPassion.net: You've played only 7 Test matches for Australia and whilst your focus seems to be on white-ball cricket, do you still have hopes to play Test cricket in future?

Glenn Maxwell: Yes, I'd certainly love to play Test cricket again. It's probably just about making as many runs as I can when I do get red-ball opportunities. That's exactly why I am over here in England at the moment plying my trade for Lancashire and it's about getting as many chances as I can to play the longer form of cricket. I'm thoroughly enjoying my time over here at Lancashire and I feel that the more chances I get and the more I can put big scores on the board, then it's just a case of ‘you never know’.


PakPassion.net: Is there a danger that young cricketers around the world are prioritising playing in Twenty20 leagues ahead of playing Test cricket for their respective countries?

Glenn Maxwell: I don't think so. It's a great way to get involved in cricket. It's great entertainment and gets the big crowds into a game and it's providing interesting cricket. I don't think it's a distraction from Test cricket and I actually believe that it's a great way for cricketers to get exposure to the game and hopefully they can build on that and also become longer-format players as well.


PakPassion.net: What are your thoughts on the upcoming Ashes series?

Glenn Maxwell: I think the Ashes will be extremely entertaining and hopefully the wickets will have a little bit in them for the bowlers. We've seen plenty of wickets fall quickly in the recent England versus Ireland Test match and also in Australia's practice match, so hopefully there will be plenty of exciting cricket. I love it when ball dominates bat and there are tight games. We saw that the World Cup final was a low-scoring affair and how exciting that was and the more we see of that the more exciting the Ashes will be.


PakPassion.net: Which will be the key battles in the upcoming Ashes that could ultimately decide the outcome?

Glenn Maxwell: The two bowling attacks are unbelievable, and I am really looking forward to watching them in action. It will be good to see how both teams go about it and it will be particularly interesting to see how the batsmen go about facing these amazing bowling attacks. It will be nice to see the class from both teams coming through in what will hopefully be conditions that are conducive to good cricket.


PakPassion.net: Do you think Jofra Archer could be the player who swings the outcome of the Ashes in England's favour?

Glenn Maxwell: Yes, certainly. He's coming into the series on the back of a very impressive World Cup so his morale and confidence will be high. Alongside James Anderson, Stuart Broad and Chris Woakes, England have got an extremely well-rounded bowling attack with different variety as well and they will challenge the Australian batsmen.


PakPassion.net: Do you think however that the Australian bowling attack can outshine England's impressive bowling unit?

Glenn Maxwell: When you think of seeing the two bowling attacks-going head-to-head and when you have guys like Mitchell Starc, James Pattinson, Josh Hazlewood and Pat Cummins in the Australian side, that's a pretty mouth-watering prospect. In my opinion it's a series that could be decided on which of the batting line-ups can hold their own against the opposition bowling.


PakPassion.net: Do you think Australia can defeat England in their own back yard and regain the Ashes?

Glenn Maxwell: Yes, I think they can. They've got all bases covered and hopefully the stars in the Australian batting line-up can really shine through. Steve Smith's performances will be crucial and he looks like he's really determined to have a big series so I am looking forward to see how he goes and David Warner as well. They are two guys with a point to prove and I'm sure the crowds will give them a tough time but that will only make them even more determined to play better and better. So I am really looking forward to watching both Smith and Warner go about their business during the Ashes. It should be a really interesting and closely-fought series.