"I am hundred percent ready to represent my country" : Sajid Khan

Regarded as one of the top off-spinners in domestic cricket in Pakistan in recent times, 26-year-old Sajid Khan is the 5th highest wicket-taker with 25 wickets to his name in this season's Quaid-e-Azam Trophy.

In an exclusive interview with PakPassion.net, Sajid spoke about his outstanding performances this year in domestic cricket for Khyber Pakhtunkhwa, the disappointment of not being selected by any franchise for PSL 5, the difference between the standard of cricket in the current and previous seasons, why he holds Saqlain Mushtaq, Nathan Lyon and Mohammad Hafeez in such high regard, and his aspirations of playing for Pakistan in the future. 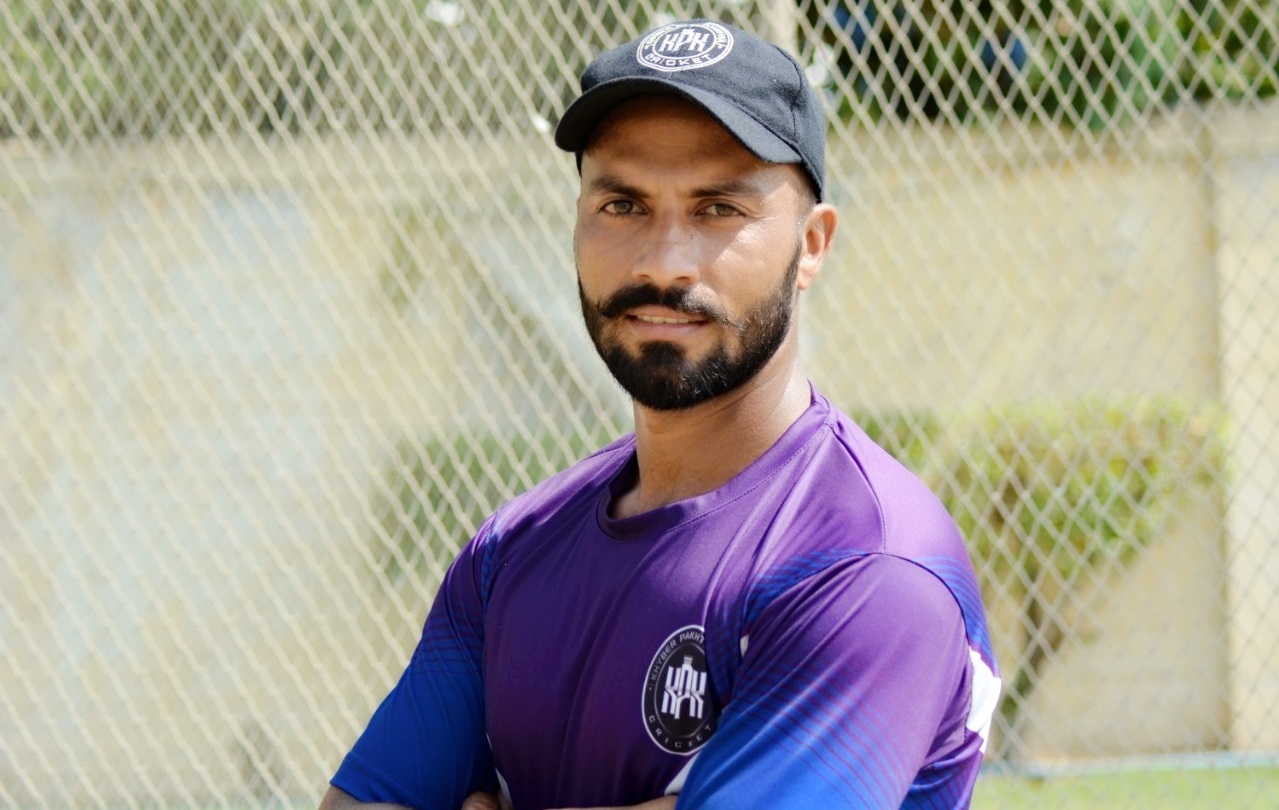 By Amir Husain (17th December, 2019)
PakPassion.net: Tell us about your interest in cricket and how your career progressed?
Sajid Khan: I started playing tennis-ball cricket when I was in year seven in school. I have two elder brothers who also had an interest in cricket, and I used to play with them, but I wasn’t very interested in cricket at that point. All that changed when I got to participate in a school tournament where I played hard-ball cricket in year seven which I really enjoyed. I then joined the Malik Sports Cricket Club in Peshawar to play proper cricket and have since been associated with them for about 12 years now and have also been the captain of the club for the past 5 years. I also progressed through the regional Under-16 level, and then on to regional Under-19s for Peshawar. All this while I had to juggle my studies and my love of the game but thanks to The Almighty, it has all worked out well for me. Along the way, I also played Under-23 cricket for Peshawar Region, went to the UAE for 2-3 months in 2015 to work and play cricket there, played league cricket in the UK for Whiston Parish Church Cricket Club in 2018 scoring 558 runs and taking 28 wickets, and also participated in the Shpageeza T20 Tournament in Afghanistan in 2015, 2016 and 2017.
PakPassion.net: How was the experience of playing for Khyber Pakhtunkhwa in this season’s Quaid-e-Azam Trophy?
Sajid Khan: Thanks to The Almighty, this season has been great for me but then even last year, I did exceptionally well where with 34 wickets, I was amongst the top-10 highest wicket-takers. In fact, I also did well in batting last season, scoring 289 runs as well which made a lot of people say that I would be picked up by one of the franchises for PSL in 2019 or would be part of a Pakistan A tour but sadly that did not happen. When the new domestic system was put in place this year, I was convinced that I would be selected for the first XI of one of the six teams but that didn’t work out either. Thankfully, I was named for the Khyber Pakhtunkhwa second XI but for the first few games, I was put on drinks duty which was strange for one of the top-performers of last year’s Quaid-e-Azam Trophy. However, when I was finally given a chance to play, I took 5 wickets in my first game against Central Punjab and in the next game against Balochistan, took 13 wickets in the match and scored 92 to help my side win the game. I suppose based on my performances and the fact that players like Mohammad Rizwan, Iftikhar Ahmed and Imran Khan sr. had been called for national duties in Australia, I was asked to play for the first XI. This was a new environment and there was the pressure of playing in the first XI for Khyber Pakhtunkhwa, but I impressed all by taking 8 wickets in that game and then continued performing well after that. With God’s Grace, I am now at number 5 in the top wicket-takers list for this season’s Quaid-e-Azam Trophy.