"It’s a very exciting time when I look at the fast-bowling talent currently available" : Waqar Younis

Former Pakistan fast-bowling great Waqar Younis was appointed as Pakistan Bowling Coach in September on a 3-year contract and has so far overseen the bowling performances of the national side in a home series against Sri Lanka and a tour of Australia.

In an exclusive interview with PakPassion.net, Waqar spoke on a variety of topics including why he returned to work for the PCB, Misbah-ul-Haq's current roles within the PCB, the development of young fast-bowlers, why he feels it’s an exciting time for pace-bowling in Pakistan, his hopes that the likes of Hassan Ali and Faheem Ashraf will regain form and confidence, offered his views on the reluctance of Bangladesh to tour Pakistan. 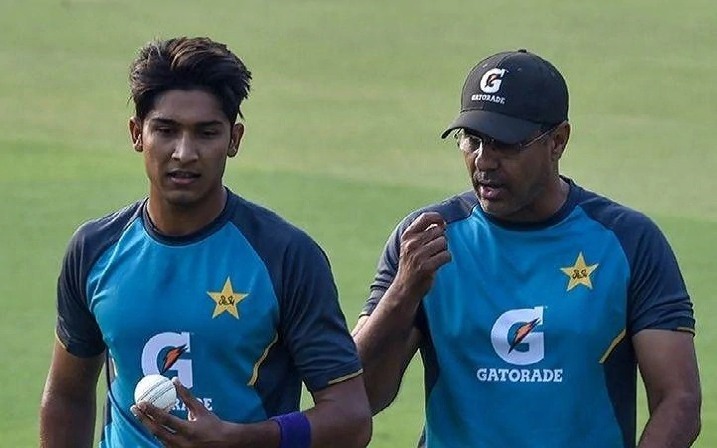 By Saj Sadiq (2nd January, 2020)
PakPassion.net: What is the motivation behind your return to Pakistan cricket as Bowling Coach?
Waqar Younis: Throughout my career, I have had a passion for cricket and a love for the game. I get more satisfaction when I am actively involved with the team and trying to help the players to learn about cricket. There is nothing to be embarrassed about the fact that I was the Head Coach and now I am the Bowling Coach, and everyone has to understand that. If I can be useful to Pakistan cricket then there should be no shame in wanting to teach players and guiding guys who are young and if you can do it and you have the passion to do it, then one should go ahead and do it. I have some clear ideas on what I want to achieve in this role. I have done the Head Coach role in the past, but I am really enjoying the current role as there is less pressure and there isn’t the pressure of the media on me.
PakPassion.net: What’s the biggest appeal of the role of Pakistan Bowling Coach?
Waqar Younis: It has to be the chance to work with some excellent young fast-bowlers. Who wouldn’t want to work with Naseem Shah, Shaheen Shah Afridi, Mohammad Hasnain and some of the more established bowlers like Hassan Ali and Faheem Ashraf? I’ve got a bunch of guys who I feel can be a force. If you look around the world, the most successful teams are the ones who have a group of pace-bowlers across all formats and who have specialists across all three formats. I feel that if I can help these youngsters and guide them then that will be satisfying for me, the Board and will be of benefit to these young bowlers.
PakPassion.net: Misbah-ul-Haq certainly seems to have a lot on his plate. What are your thoughts on him having several roles within Pakistan cricket?
Waqar Younis: He’s got a tough gig, that’s for sure. Having just the Head Coach role on its own is not an easy job, especially given all the scrutiny around the role and all of the media interest, as well as the YouTubers we have these days. It’s a very difficult task and it’s not easy to cope with all of the pressure that comes with it. On top of that you have the selector role around the country and at various levels and on top of that the Pakistan Super League coaching role. He’s had a really tough first 4 months in the role, but I am sure he’s breathing a lot easier after the Sri Lanka Test series victory and things seem to be a lot better. He is growing into the various roles and I am helping him with that regard as much as I can. It will not be easy, but it’s something the new Pakistan Cricket Board regime is trying and are going to give it a go and I am sure that Wasim Khan and the PCB are keeping an eye on things and assessing whether it’s the right move or not. We have to understand that this change is on a trial basis and if you look at the First-Class structure too, there will be some concerns from some quarters. These concerns will centre around coaching, the selections and the actual structure. Undoubtedly, this new structure is very different but we have to give it a chance and we all have to give it a few years and persist with it and hope that the 6-team format will work and provide Pakistan with the players that it needs.