"I did not have the sort of backing one needs in Pakistan to move ahead" : Zia-ul-Haq

Left-arm pacer Zia-ul-Haq has continued to impress since his First-Class debut in 2010 but despite 179 domestic appearances where he has picked up 356 wickets, the 25-year-old Vehari-born bowler is yet to make an appearance at the international level. In an exclusive interview with PakPassion.net, Zia-ul-Haq spoke about the disappointment of not yet playing for Pakistan, his views on the National T20 Cup tournament for 2nd XIs, changes to the domestic system, and why he feels another spell at the PSL is crucial for his chances to be selected for the national side. 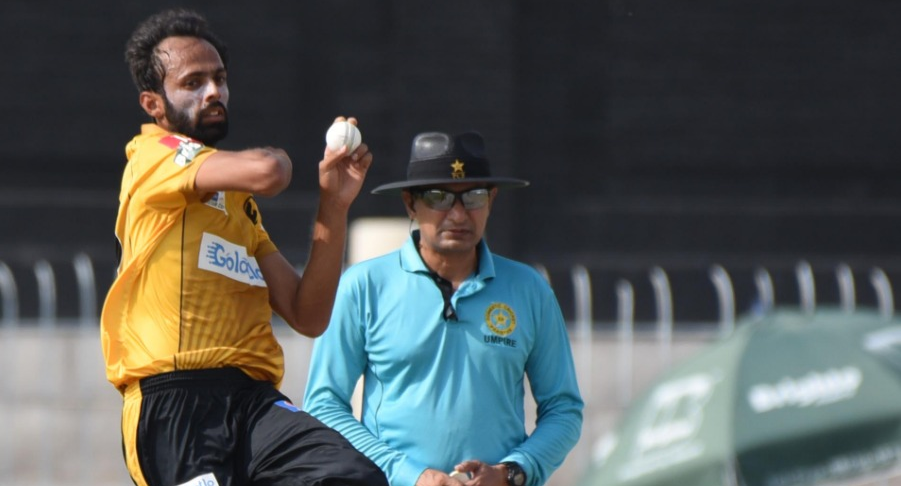 PakPassion.net: Many felt you were destined for big things, why haven’t things gone the way you had hoped?

Zia-ul-Haq: I do wonder myself about that as I do not feel that I was that bad a player that I could not get any chances at the international level. My performances have been reasonable in every season I have played in so one can put it down to fate, I suppose. I also did not have the sort of backing one needs in Pakistan to move ahead in any field of life so that could well have been the reason.

PakPassion.net: Would you put it down to some weaknesses in your game which have perhaps, prevented you from progressing to the highest level?

Zia-ul-Haq: Many people have said to me that I needed to work harder to achieve my goals but the fact is that in every season, I have never stepped back from putting in the extra yards. I have hardly been injured and have bowled many more overs than others but still, people say that I am not doing enough to put myself forward in front of the selectors. What else can I do apart from what I have done?

PakPassion.net: How is it that you haven’t been able to establish yourself in one of the PSL franchises?

Zia-ul-Haq: I was selected for the Lahore Qalandars’ squad in the first season of the PSL in 2016 and was given a chance to play in 3 matches. Apart from one game, I did well in the remaining matches, picking up 2/38 in one of the games. I feel that my performances weren’t that bad compared to some of the other players who were persisted with by the franchise in all the PSL tournaments so I suppose one can say that this is a clear case of the “like/dislike” culture which seems to be part and parcel of our cricket culture. It's almost as if words against me have been said within PCB’s inner circles which has resulted in my exclusion from PSL tournaments since 2016. Apart from that, I cannot think of any reason why a bowler of my skills has not been able to find a place in any team after playing just one PSL.

PakPassion.net: Do you feel that your pace has deteriorated over the years?

Zia-ul-Haq: I wouldn’t say that my pace has increased since that time. But then by the same token, it hasn’t dropped either and I am pretty sure I average between 140-145 KpH which is a decent pace for any fast-bowler. Of course, my pace hasn’t been measured since the PSL days but as a bowler, you know when you are bowling at a fair speed and I know that I have been doing this because people watching me bowl have said that too. On top of that in the recently concluded National T20 Cup for 2nd XIs, I had 7 wickets to my name and the best economy rate of 5.84 in that tournament which is an achievement that would not have been possible had I been a bowler with average skills or pace.

PakPassion.net: What was it like participating in the National T20 Cup for 2nd XIs? Is this tournament beneficial for players in your view?

Zia-ul-Haq: To be honest, I really didn’t see any use in having such a tournament for 2nd XIs. Each team just played 5 games and this tournament had no final and there was no prize money for the finalists as well which was very disappointing. It was as if they have this tournament just for the sake of it and its only purpose is to provide some good performers for the first XI sides to use as they please. The only redeeming feature of this year’s tournament was that the games were held in Lahore which means that coaches from NHPC and other board officials could see players in action which could prove beneficial in the future.

PakPassion.net: You must have been disappointed to not have found a place in the first XI for Southern Punjab even after performing so well in the National T20 Cup for the 2nd XIs?

Zia-ul-Haq: It was really disappointing as I had the highest number of wickets in my side during the 2nd XI tournament. But for some reason, known only to the team management, I was not considered for promotion to the first XI for the second round of the tournament. This is even more puzzling when we consider the fact that three fast-bowlers in the shape of Bilawal Bhatti, Mohammad Irfan, and Rahat Ali were replaced in the team after the first round but strangely enough, there was still no place in that squad for me.

PakPassion.net: There seems to be an impression that you have not always been fully fit – how much truth is there in this?

Zia-ul-Haq: There is absolutely no truth in this at all. With God’s grace, I have been fit for the last 7-8 seasons although some time ago I did suffer a fracture to my thumb after being hit by a ball during a game. Apart from that, I have had no fitness issues and performances over the past few seasons prove that clearly.

PakPassion.net: Has the presence of so many good left-arm fast-bowlers hindered your chances of playing for Pakistan?

Zia-ul-Haq: As a Pakistani, I am very glad that we have such high-quality left-arm fast bowlers playing at the highest level. It's also important for a bowler like me to have someone to compete against as that brings out the best in me and makes me work harder, which can only be good for Pakistan cricket. It's always good for a bowler to keep on looking over his shoulder to make sure he is ahead of the competition. Given that I am 25 years old, I feel I have a good few years cricket left in me and I feel confident that I can compete with the very best left-armers in the country.If I think about who my competitors are when it comes to left-armers then I suppose Wahab Riaz comes to mind although he is a much senior player than me. Apart from Wahab, the only other left-arm pacers I feel I need to compete against are Shaheen Shah Afridi and Usman Khan Shinwari.

PakPassion.net: What goals have you set for yourself in the 2020-21 domestic season?

Zia-ul-Haq: One always hopes for the best and for me the goal is to perform as well as I can this season. If we look at my performances in the last domestic season, I was part of the 2nd XI squad for Southern Punjab in the 3-Day Quaid-e-Azam trophy tournament where I took part in 5 matches taking 11 wickets before being promoted to the first XI. I performed really well in the main Quaid-e-Azam 4-Day games, where I played 4 matches taking 7 wickets. Given that in the 2019-20 season, fast-bowlers took very few wickets, my performance was decent and did give me a lot of confidence. So, I am looking forward to this season to continue from where I left off last year and hope that I can do well and impress the national selectors.

PakPassion.net: Are you satisfied with the quality of pitches so far this season?

Zia-ul-Haq: I think PCB have managed the quality of pitches correctly. We have seen some high scoring games in the National T20 Cup and that is good for the bowlers as they have had to work harder to contain batsmen. Only with this kind of experience under their belts can they become better bowlers because it's always easy to do well when the wicket gives assistance, but the real challenge comes when you have to bowl on a flat surface.

PakPassion.net: What positive or negative changes have you noticed in the new domestic system introduced by the PCB?

Zia-ul-Haq: For a start, the quality of competition has surely improved but obviously, the number of teams have reduced too. However, having the departments in place as it used to be meant that players were able to survive financially and now that those departments are gone, these players are struggling to make ends meet. I am one of the lucky ones as at least I have some way to sustain myself financially as I am part of the 2nd XI for Southern Punjab in the Quaid-e-Azam trophy but my heart does go out for those who are not in this position.

PakPassion.net: Why is the absence of departments in the new system such an issue for you?

Zia-ul-Haq: The domestic team contracts are meant for the season but if you are not selected during that season, then you have no source of income. In comparison, departments would offer a permanent position that could sustain you for a long time, regardless of whether you are in the side or not. This is a huge problem as very few cricketers are educated enough to find another source of employment if they lose their domestic contract. This is because when you have cricket as a profession, you have to invariably give up on your education. That immediately reduces your chances of finding regular jobs, should your domestic contract not be renewed or not materialize. So, if the player is unable to make headway in cricket after playing for a few years, then his chances of finding another job are severely limited due to lack of education and advancing age as well.

PakPassion.net: Do you still have hopes of making it to the Pakistan side in the future?

Zia-ul-Haq: Unfortunately, the way things are going now, it appears that the only way into the Pakistan side is through the route of performing well in the PSL. So, I am hoping and praying that I can get another chance to play in a full season of the PSL to prove my worth, and then hopefully, I can get an opportunity to play for Pakistan in the future. My only concern for this season is that since I didn’t get a proper chance to showcase my skills in the National T20 Cup, that probably means that my chances for selection for the next PSL are somewhat limited. Of course, being just 25 is a major plus for me, and looking at many others who are playing for Pakistan despite their age gives me a lot of hope for the future.