"The Pakistan Head Coach should be the same across all formats" : Abdul Razzaq

Regarded as one of the best all-rounders Pakistan has ever produced, Abdul Razzaq represented his country on 343 occasions across 17 years. A former vocal critic of PCB, recently, he has taken over the mantle of a mentor which saw him become the Bowling Coach for Quetta Gladiators, Head Coach of Khyber Pakhtunkhwa and Coach at the National High Performance Centre.

In an exclusive interview with PakPassion.net, Razzaq spoke about his current coaching roles, reasons behind Khyber Pakhtunkhwa’s continued ability to produce top-class cricketers, what Faheem Ashraf needs to do to be recognized as a world-class all-rounder, the emergence of Mohammad Wasim Jr., views on Misbah-ul-Haq as Head Coach of Pakistan and why he feels Babar Azam is doing an excellent job as captain in all three formats. 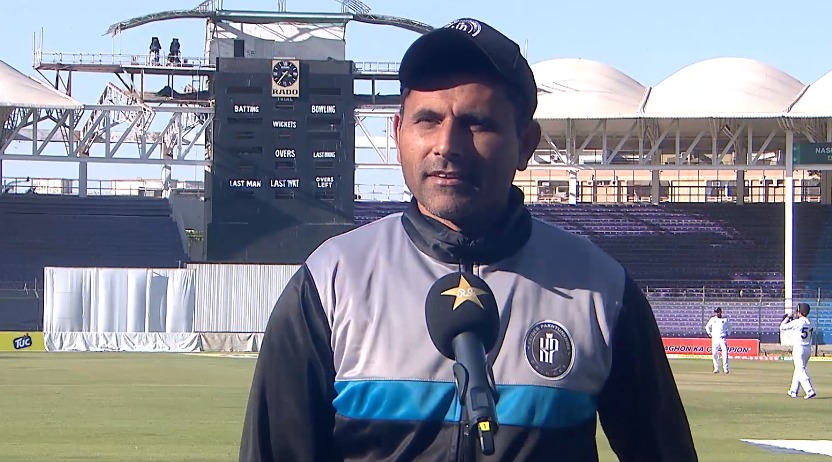 PakPassion.net: How important is the role of the National High Performance Centre (NHPC) for the development of Pakistan cricketers?

Abdul Razzaq: I am very pleased with how things are shaping up at the PCB where for the first time, decisions regarding appointments are being taken on merit alone and facilities such as the NHPC have beencreated for the benefit of Pakistan cricket. Whichever player comes to the NHPC, he is given excellent care, expert help and is treated like family and we are seeing some good results due to this. This is exactly the reason that quite a few players who have joined the Pakistan national side in recent times have come through the NHPC which speaks volumes about the utility of this facility.

PakPassion.net: Tell us about your current responsibilities in Pakistan cricket?

Abdul Razzaq: I am currently the Head Coach for the Khyber Pakhtunkhwa (KPK) domestic side and am also a member of the national selection committee. As Head Coach of KPK, I am also responsible for holding trials and selecting the best possible talent, based purely on merit, and then reporting our progress to the NHPC.

PakPassion.net: What is the reason behind some excellent talent coming through from the Khyber Pakhtunkhwa (KPK) region?

Abdul Razzaq: Cricket is a game that thrives on the passion of its players and if, as a player, you have the drive and love for the game, your hard-work will never be wasted and you will eventually be rewarded for that. This is exactly the reason why we are seeing a steady stream of talent come through from KPK as these players have great passion for the game. On top of that, they are mentally and physically strong which helps them express their talent much quicker than others and allows them to move up quicker and play for Pakistan as well.

PakPassion.net: Has the quality of domestic cricket competitions improved with the reduction of teams?

Abdul Razzaq: There has been a huge improvement in the quality of cricket at the domestic level due to the reduction in teams and I would say that our setup is starting to resemble that found in England and Australia. I would like us to follow the English structure where the manner in which cricket is organized and players looked after is very similar to an international set-up. What we are seeing now is that any player who does well in Pakistan domestic cricket where he is looked after by a professional management team which has a qualified Head Coach, physio, trainers and manager has very little pressure on him when he represents the country at the international level.

PakPassion.net: Do you feel Faheem Ashraf has the potential to become a top all-rounder?

Abdul Razzaq: He must have potential because he has been representing Pakistan for a while now. He is an excellent player, but I am disappointed that up to now, he has not been able to put in match-winning performances at the international level and which would confirm him as a top-quality all-rounder. He needs to have a batting average of above 25 in all formats and when he achieves that and wins games for Pakistan then he will be considered as a proper all-rounder. I am at a loss to understand that given his talent, why he is not performing well on a regular basis. 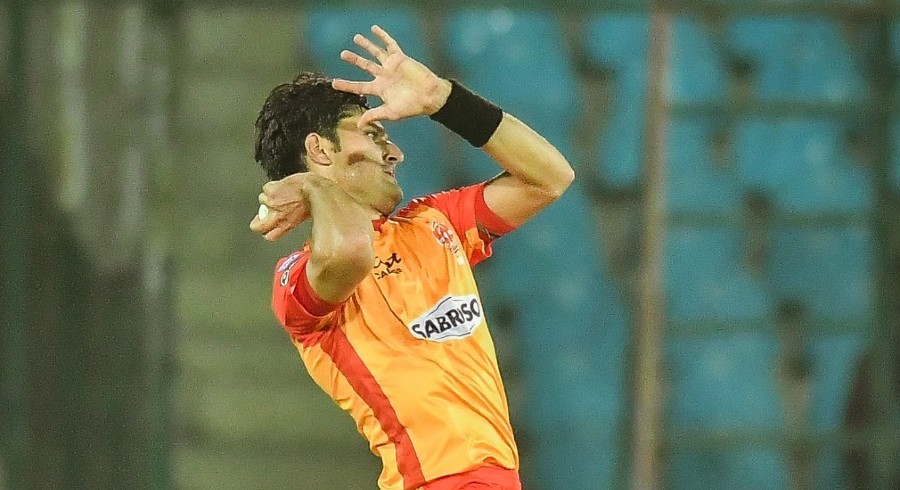 PakPassion.net: What are your thoughts on the talent and expectations from Mohammad Wasim Jr.?

Abdul Razzaq: A few months ago, I had stated that Mohammad Wasim Jr. was the fastest bowler in domestic cricket, but he was young then and needed some time to grow. We helped in his development and gave him maximum chances in games so he could gain confidence, so much so that we even played him in the final of the Pakistan Cup in 2020. He performed well in it and based on that he was selected for the PSL and then went on to be picked for the Pakistan white ball squad for the tours of South Africa and Zimbabwe. It just goes to show that when given the right environment to grow in, players like Mohammad Wasim Jr. automatically improve and do justice to their talent.

PakPassion.net: Why is Pakistan’s batting so reliant upon Babar Azam and Mohammad Rizwan?

Abdul Razzaq: On the contrary, I feel Pakistan’s batting is doing well. We only have to look at the likes of South Africa, Australia, Sri Lanka and England who are now in the middle of a similar rebuilding phase as us. We saw how South Africa are faring of late, so thankfully Pakistan is not at that stage and I am very happy that our batting, bowling and fielding has shown a marked improvement. To me, the secret to reaching the first or second position in ICC’s rankings in all formats is to improve in all three facets, in much the same way as Australia was dominating all other teams about 20 years ago. I am hopeful that the way things are going, Pakistan will reach the first or second position in all formats very soon.

Abdul Razzaq: Everyone has their own ideas and I as an employee of the PCB feel that all changes made by them are having a positive effect on Pakistan cricket and the national side is doing well. I feel that the Head Coach should be the same across all formats, but you can have assistants and other supporting staff who are specialists in a specific format which helps players. Having separate Head Coaches will only make the players uncomfortable. One Head Coach is the right way forward and is also the case everywhere else in the world simply because players have a good understanding with their coaches and changing them for each format will have the opposite effect. Only when a player has the right comfort level with his coach can he perform well and having different coaches for different formats will not help. PakPassion.net: Younis Khan feels that coaches cannot work on player skills during tours – do you agree with that point of view?

Abdul Razzaq: The fact is that coaching staff whether on tour or not are always busy helping players improve their skills. But what we must also understand is that the pressure on a tour on players is totally different. They are focussed on performing well and have other mental pressures on them so to expect them to develop new skills during this time is impractical and difficult and can lead to confusion in the mind of the player. A player whenever he goes on tour is already prepared for the tasks ahead of him. And just like how you expect a student to study hard before and not during an exam, you cannot expect a player to learn his skills when on tour. So, I totally agree with Younis Khan because you don’t develop skills on tour, instead you work on highlighting whatever you have learnt before. You work on your weaknesses before the tour and once there, your only goal is to keep yourself mentally and physically fit and focussed on delivering the best for your side.

PakPassion.net: Do you think that players are being selected for the Pakistan side without enough domestic experience?

Abdul Razzaq: I believe this is a good thing for players as they are being given opportunities in a way which was impossible in the past. So, instead of criticizing this, we should appreciate the change in our selection procedures which is allowing deserving young players who are performing well to represent their national side. Not only will this be good for the players who are selected, but all young players in the system will gain confidence knowing fully well that if they work hard and perform, they will be able to get in the Pakistan side sooner rather than later.

PakPassion.net: How do you rate Misbah-ul-Haq’s performance as Head Coach of Pakistan?

Abdul Razzaq: I have always felt that apart from knowing his job, a Head Coach needs to be a good human being as well. Not only should he have the skills, but he should also be one who has the ability to empathise with his players and to be their best friend. I feel that Misbah is blessed with all these qualities and he is doing a splendid job, and most importantly the players are also very comfortable with Misbah as their Head Coach. 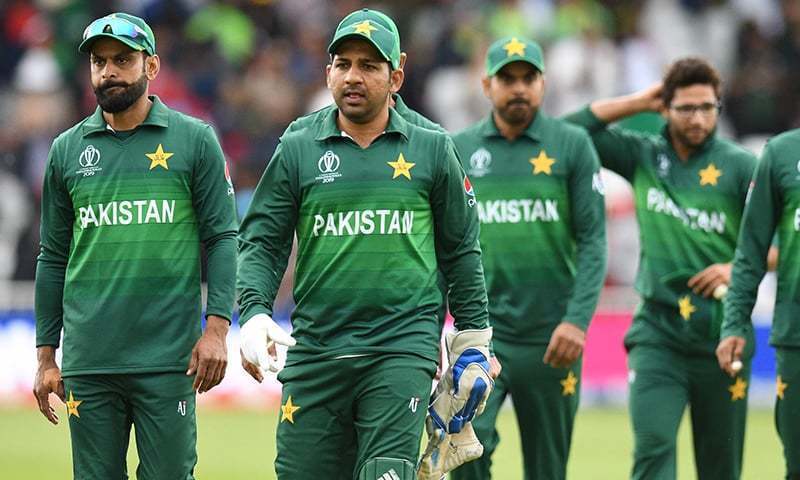 PakPassion.net: Should Pakistan be looking to groom a younger wicket-keeper, or should they persist with Sarfaraz Ahmed as second choice for this role?

Abdul Razzaq: Times have changed and we have a new system in place. In the old days, someone like Sarfaraz would be nowhere near the squad but what we are seeing now is that a senior player who has captained the side also, is being included in the squad and given the chance to perform as well. Gone are the days when an ex-captain would be dropped and discarded without a second thought. Not only is Sarfaraz being given opportunities to perform, we are also grooming newer wicket-keepers alongside and are keeping them under consideration for the future.

PakPassion.net: Have you spotted any youngsters who you think have a bright future for Pakistan?

Abdul Razzaq: Apart from Mohammad Wasim Jr., I would like to mention the names of Mohammad Imran and Aamer Azmat who we have given a few games for Khyber Pakhtunkhwa and of course we all know about Arshad Iqbal who debuted in T20Is against Zimbabwe recently.

PakPassion.net: How important is a strong School and Club cricket structure for the progress of Pakistan cricket?

Abdul Razzaq: Both these levels of cricket are important for any country where the passion and skills of a cricketer are developed to the fullest and I am pleased to say that the PCB has made renewed efforts to develop this important aspect of Pakistan cricket. I am confident that we will see improvements at not only School and Club level but also College and University cricket will emerge in much better shape soon.

PakPassion.net: Is it the right call to give Babar Azam the responsibility and pressure of captaining the national side in all three formats?

Abdul Razzaq: Babar Azam to me is an outstanding batsman and he is doing an excellent job carrying the responsibility of captain in all three formats. But most importantly, he is doing so because he is getting great support from the management. To me this is key because if the captain has a good relationship with the management, things become much easier for him and the players.