"My aim is always to be that player who is considered the backbone of the team" : Ali Zaryab Asif

A key member of the Pakistan Under-19 World Cup squad in 2018, Ali Zaryab Asif has continued to impress with his performances in First-class cricket by establishing himself as an opener for the joint 2020/21 Quaid-e-Azam Trophy champions Central Punjab where he scored 590 runs in 10 games which included one hundred and four half-centuries. He is currently representing Kenilworth Wardens CC in the Birmingham & District Premier Cricket League where he is the leading scorer for the club.

In an exclusive interview with PakPassion.net, he spoke about his experience of playing alongside some top Pakistan Test players such as Azhar Ali and Hassan Ali in the Central Punjab side, the benefits of playing league cricket in England, his aspirations to play in the Pakistan Super League and to represent Pakistan in the future. 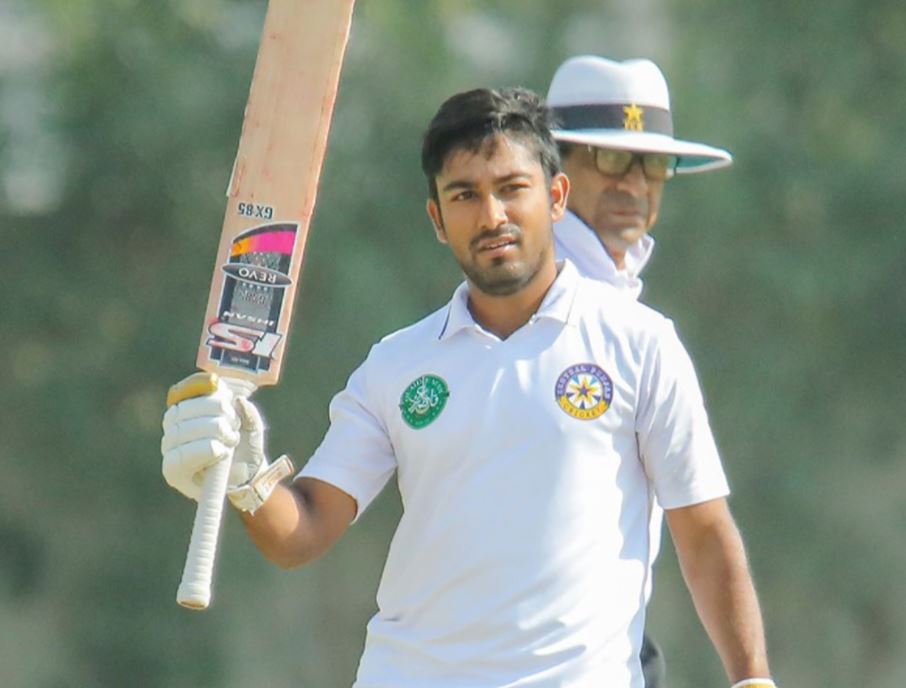 PakPassion.net: Your start to the 2020/21 First-class season was less than ideal but what did you learn from it?

Ali Zaryab Asif: Let me start by saying that I was part of the 2nd XI for Central Punjab in the 2019/20 season and was the second highest run-getter with 728 runs in 10 games so my expectation was that I would be promoted to the first XI in the next season which is exactly what happened. I was very fortunate that I was given the chance to play in the very first First-class game of the season for Central Punjab. This was my first experience of a live telecast domestic match which was against Sindh and I thoroughly enjoyed it. Despite the fact that I did not perform that well and we lost this game by 6 wickets, I was thrilled to have played alongside some top-quality Test players such as Azhar Ali and Hassan Ali, and to be given the opportunity to open the innings with Ahmed Shehzad at the other end was amazing. Whilst I didn’t do well, the team management went out of their way to assure me that they had a lot of confidence in my abilities.

PakPassion.net: How did this support help you perform for Central Punjab in the rest of the season?

Ali Zaryab Asif: The effect of this support was almost immediate for me as in the game versus Northern, I ended up with 78 runs in a total first innings team score of 159. To be honest the team atmosphere at Central Punjab has been brilliant and that really helped me perform well. Apart from the on-field advice that I got from the likes of Azhar Ali, I was also made to feel at home in off the field setting as well. For example, because we were confined to our hotel due to the bio-secure bubble restrictions, things would get tough and a little lonely for the players. I recall one evening, I was feeling a little down as I had not played well so there was a knock on the door and I was asked to come to a room where Azhar Ali, Hassan Ali, Bilal Asif and Usman Salahuddin and a few other players had gathered for a chat and that really lifted my spirits. This was not just one occurrence but happened very often which really helped me cope.

So, with this sort of help, I was able to establish a place for myself in the first XI which is a tough ask especially if you see the quality of players that are available for selection. I was able to play 10 games out of the 11 First-class matches and the one match I did not play was due to the fact that Abid Ali had come back to the squad and I had to make way for him. Overall, the season was a good one for me although I am sure I could have done better, where I ended up with a hundred and four fifties to my name.

PakPassion.net: Do you feel that, as a batsman, you have continued to do justice to the tag of “The Wall” which was given to you during the Under-19 World Cup in 2018?

Ali Zaryab Asif: It was an honour to have been compared to the great Rahul Dravid by my captain Hassan Khan during the Under-19 World Cup. I have always taken the responsibility of being the batsman that my side depends on very seriously. It doesn’t matter if I am playing for my club, Central Punjab or a league side in England or for Pakistan in the future – my aim is always to be that player who is considered the backbone of the team.

PakPassion.net: What are your aims when it comes to playing League cricket in England?

Ali Zaryab Asif: This isn’t the first time I am playing in England. In 2019, I played in Somerset for North Petherton where I scored nearly 500 runs and took 36 wickets and based on that performance, I was signed up by Kenilworth Wardens as their overseas players for the Birmingham & District Premier Cricket League. To me this is another golden opportunity to improve my game as the Dukes ball is used here and conditions are favourable for seam bowling. If one can perform well here, then you can handle conditions anywhere else in the world. Apart from that the club itself has great facilities and excellent coaching staff and most of all, I am enjoying my stay here and also performing well as I am currently the leading batsman for the club after 10 games with a highest score of 122.

PakPassion.net: How tough are batting conditions in England and how have you adjusted to them?

Ali Zaryab Asif: What has really helped me has been the fact that I have had prior experience of playing in England from my previous stint in 2019. So, the idea is to make sure that your technique is solid otherwise you will struggle to play and survive in these conditions. This is what I am focussed on in my practice as well. Of course, the standard of bowling is a little easy compared to what you will find in First-class cricket back home. However, the batting conditions are so tough that they make things very difficult for batsmen. It needs a lot of concentration and effort to adapt to these conditions which is what I am aiming to do. I feel that the summers I am spending in England are very beneficial for me and what I am learning here will really help me become a better batsman in the future.

PakPassion.net: What are your impressions of Pakistan’s domestic system given that you made your First-class debut in 2017?

Ali Zaryab Asif: The Pakistan domestic system in recent years has improved a lot due to the changes made by the PCB. Apart from the top level of competition, which is great for your growth as a player, there have been improvements in the facilities as well in the quality of broadcasts of live games. So, each team in the Quaid-e-Azam trophy had 4 of its games telecast live which for a young player gives a good chance to learn to play under pressure. This is something very useful because if a player is used to the pressure of playing games that are broadcast live, then things can become easier when he moves on to play games at the international level.

PakPassion.net: After establishing yourself as an opener for Central Punjab last season, you must be confident that given the chance you could do the same for Pakistan as well at some point?

Ali Zaryab Asif: Every player lives to play for his country whenever given the opportunity and I am no different. I am working very hard on ensuring that all mistakes I made in my previous First-class season in Pakistan are noted and fixed before the start of the next Quaid-e-Azam Trophy. My coaches have given me good guidelines on which areas to work upon in my batting and that is what I am focussing on at the moment. To open for Pakistan would be an honour but for the moment my job is to continue working hard and to perform well and leave the rest to the Almighty.

PakPassion.net: What are your short and long term goals?

Ali Zaryab Asif: I am working hard on my fitness and in the nets but in terms of my goals, I know that if one performs well in successive seasons, that shows that you are a key player and are good enough for your national side as well. Anyone can perform well in just one season but consistency is important and that is what I am aiming for and hopefully the selectors will notice that. Last season I reached close to 600 runs but in the next season, I am looking to score close to 800 or 900 runs which hopefully will allow me a chance to make it to the Pakistan team.

PakPassion.net: Is there a danger that given your good performances in First-class cricket, you are being classed as a red-ball specialist?

Ali Zaryab Asif: I feel I have been wrongly labelled in this way. Although, I do accept that I have done relatively better in First-class games but then I did really well in the Under-19 World Cup as well which was a top-quality white-ball tournament. Apart from that, last year I was given an opportunity to play just 2 Pakistan Cup games where I had a score of 68 in one game. To me that is a good indication of what I can achieve in the shorter formats as well and that I should not be classed as a red-ball specialist. I feel that I am underrated as a white-ball player and that I have the skills needed to succeed in such games. I hope that my performance in the Pakistan Cup, as limited as it was, but against a Sindh side which had many bowlers who later played in the PSL will give people some idea of what I can do in the white-ball format as well. My aim is to play in all three formats and to show everyone that I am equally good in red and white-ball cricket.

PakPassion.net: Given your strengths in playing white-ball cricket, you would be a bit disappointed that you have not been picked to play in the Pakistan Super League (PSL)?

Ali Zaryab Asif: Absolutely, because PSL is Pakistan’s premier T20 tournament and one that is considered on a par with some of the top leagues in the world. But I do feel that not enough attention and value is given to the performances in domestic cricket of our players when selecting sides for PSL tournaments but hopefully this will change in the future.