"You have to offer something special to help your team" : Mubasir Khan

All-rounder Mubasir Khan announced his arrival in domestic cricket with an outstanding innings of 164 on his debut First-class game for Northern in 2020 and has continued to impress after being named the Player of the Tournament in the 2021 Quaid-e-Azam Trophy after scoring 458 runs and taking 30 wickets and was selected by Islamabad United in the Emerging Category for PSL 7.

In an exclusive interview with PakPassion.net, Mubasir spoke about what sparked his interest in cricket, how Mohammad Wasim's words of encouragement have helped him become a better cricketer, Shoaib Malik and Mohammad Yousuf as his role models and his aspirations for the future. 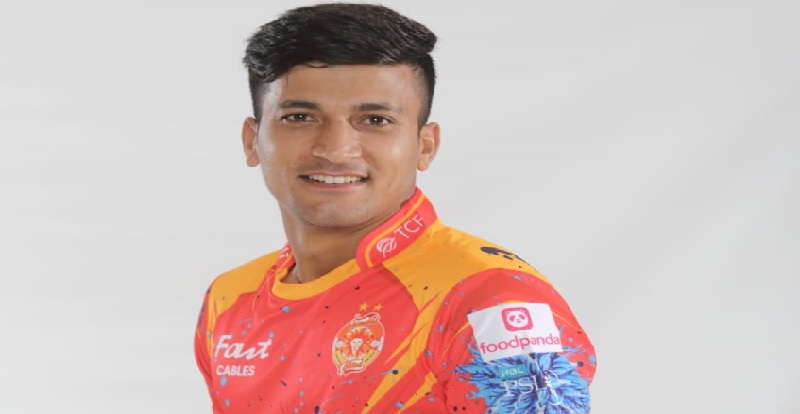 PakPassion.net: What made you take-up cricket as a career?

Mubasir Khan: My interest in cricket was fuelled by the presence of my elder brother, Imran Khan, who has played for Rawalpindi U16 and U19s and has been part of the Pakistan Air Force side as well. I used to watch him play for a local cricket club and got interested in the game due to that. My family was pretty much against me taking up cricket as a career, but my father who himself was a hockey player, always encouraged me to do what I liked most as long as I put my heart and soul in it. He told me not to worry about anything and to concentrate on the game but to do my best to excel in it, so I was lucky to have his support in my early years as a cricketer.PakPassion.net: Why did you not continue your studies alongside your cricket career?

Mubasir Khan: I simply did not have time to pursue education as I was busy with cricket and as a result gave up studies in year 8. But that is something I regret and will do my best to resume my education as and when time allows. I feel that education is an important part of any person’s life and for us cricketers knowing English is essential as it helps us communicate with foreign coaches which is important for our development.PakPassion.net: Take us through your initial years in cricket and how you got to play for Northern.

Mubasir Khan: I joined the Bajwa cricket academy in Rawalpindi in 2016 where under the coaching of Asif Bajwa, the same coach who has produced some top cricketers such as Mohammad Amir, I improved my game considerably. Good performances in the Pepsi Future XI tournament in 2017 also gave me a chance to be noticed for the regional Under-19 level and I was picked up for Rawalpindi Under-19s in 2018 and continued to perform well, which lead to my being picked for the Northern Under-19s for the 2019/2020 and then the 2020/21 season where I picked 26 wickets in 11 matches in 50-over matches and 26 wickets in 6 matches in the 3-Day format. 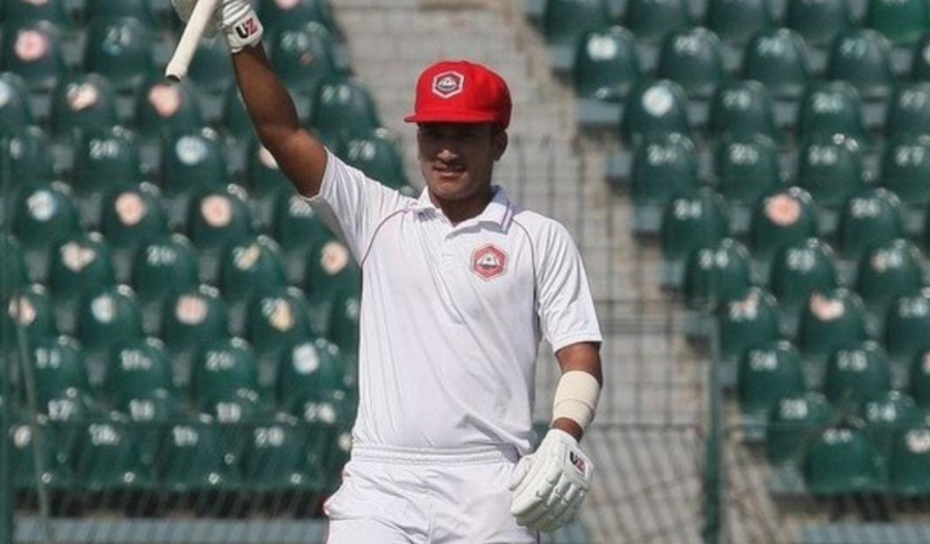 PakPassion.net: Current Pakistan Chief Selector, Mohammad Wasim, has spoken highly of you. How was the experience of playing under his coaching at Northern?

Mubasir Khan: Mohammad Wasim was our Head Coach when I was promoted to Northern’s First XI in 2020. It was on debut for the First XI against Sindh in December 2020 that I hit 164 in the second innings which remains my highest score in First-class cricket. Mohammad Wasim as our Head Coach had been outstanding and had great words of advice for me. He gave me a lot of encouragement and instilled confidence in me when I was walking out to bat in my debut First-class game and told me not to feel tense about anything. He told me that if I did well, I could take the credit for it but if things didn’t go well, he would stand up and take responsibility for that as it was his job to guide all of us. This statement from our Head Coach really gave me a lot of confidence and I feel that Mohammad Wasim’s words had a lot to do with my outstanding performance in that game. Whilst I only played 3 matches in my debut First-class season, I was given the opportunity to shine in the whole of the 2021/22 Quaid-e-Azam Trophy which proved to be one that I will remember for a long time as I was named Player of the TournamentPakPassion.net: What was it like to be selected as part of the Emerging Player category for Islamabad United?

Mubasir Khan: 2021 was a great year for me especially since I had won the Player of the Tournament award of the Quaid-e-Azam Trophy and it only got better when I found out that I had been chosen to represent Islamabad United in PSL 7 in the Emerging Player category. Of course, I did not know I would be chosen by Islamabad but in the back of my mind, I knew that I had a good chance due to my recent performances. But I can tell you that the tension was unbearable that day and I decided to go for a swim when the draft was taking place. When I did find out about my selection, I called up my father who started to cry with happiness. In fact, my whole family joined my father in congratulating me, as to be part of Pakistan’s premier T20 tournament was a great achievement for me.PakPassion.net: How was the experience of playing in PSL 7?

Mubasir Khan: This was my first experience of playing a tournament of such importance. I had only watched previous editions of the PSL on television so had no idea of what it would be like to step onto the field where the noise of the crowd would be so loud and there would be so much pressure on players. T20 is a format where you have such little time to adjust and there is pressure on you to perform from the first ball. This was a totally different experience to my participation in the Quaid-e-Azam Trophy where there is time to settle in for a player. But regardless of the format, nothing had prepared me for the conditions that I encountered during PSL, and I can only imagine that international cricket has similar pressures to what I experienced in that tournament. 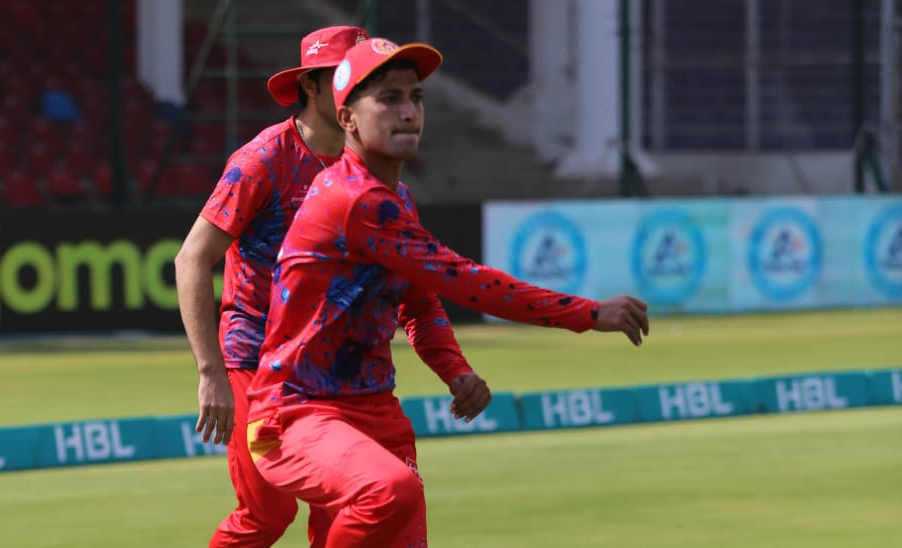 PakPassion.net: What did you learn from playing in the PSL?

Mubasir Khan: To share a dressing room with some of the top players in Pakistan such as Shadab Khan and Asif Ali was a huge gain for me, and I learnt a lot from them. One piece of information I picked up was something that Eoin Morgan puts into practice when he bats which is about pacing your innings as a middle order batter. No wonder he is one of the best batters in the shorter formats and his style of play was something that our captain Shadab Khan puts into practice in his batting as well and he was the one who told me about that, and I intend to use it for my benefit too.PakPassion.net: How was it like playing under the captaincy of Shadab Khan during the PSL?

Mubasir Khan: I, like all my team-mates, thoroughly enjoyed playing under Shadab. One thing about him which I really liked was the fact that he never says anything negative even when things are not going our way and that is a great trait for a captain. What this means is that even if things are going against you, he will continue to fight and never give up and this is also something he expects from all of us. He told us that our body language should always be positive, regardless of how tough a situation we are facing, and we should strive to do our best and leave the rest to The Almighty. Shadab will always fight to the end – that’s his nature and that is exactly what he asked us to do in the PSL as well.PakPassion.net: What was the most memorable aspect of PSL 7 for you?

Mubasir Khan: I feel that taking part in a top-quality tournament was amazing in itself, especially as the eyes of the world are on you during these games. But the performance which gave me a lot of confidence was the one against Lahore Qalandars where I took 1/19 and claimed the wicket of the big-hitting Kamran Ghulam.PakPassion.net: Do you consider yourself a bowling or a batting all-rounder?

Mubasir Khan: I feel that based on my game I am more of a batting all-rounder. What I have learnt from my career so far is that there is no free spot in any line-up, so you have to offer something special to help your team. In my case, if I am not able to score runs, I have the ability to take wickets with the ball. And, if I fail to score big whilst batting, I make sure I make a mark with my bowling. And this is not something I have started to do in recent times as I have always been interested in batting and bowling. In fact, when practicing, I will put in equal amount of time whilst batting as I do in my bowling so that when the time comes, I can contribute with both skills. 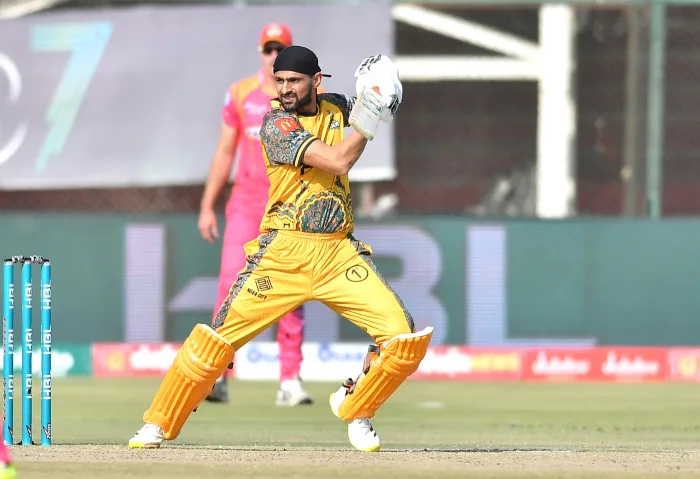 PakPassion.net: Which players do you consider your role models?

Mubasir Khan: As an all-rounder and a middle-order batter, I have great respect for Shoaib Malik. But when we talk about batters alone, Mohammad Yousuf is my absolute favourite. In Shoaib Malik I see a player who puts a huge premium on his wicket and the bowler has to bowl something special to dislodge him from the crease. He has the ability to keep on playing his natural game even when the odds are stacked against him as he is mentally very strong. I saw him recently in PSL where he was representing Peshawar and what really impresses me is how with the minimum of effort, he puts on these 30-35 type scores in no time at all. As for Mohammad Yousuf, we all know what an elegant and strong batter he was and, in my view, there are not many others in Pakistan’s history who can match him in terms of skills. When I scored well during the Quaid-e-Azam Trophy, Mohammad Yousuf made a comment saying my talent was special and that made me extremely proud, especially coming from a personality like his. I had the honour of meeting him on a few occasions at the NHPC which was an amazing experience in itself.PakPassion.net: Is there one format you prefer or are you comfortable playing all forms of the game?

Mubasir Khan: I am comfortable playing all formats of the game as I feel that if you have the skills, you can adjust to red and white-ball cricket with ease. You can see the examples of Virat Kohli and Babar Azam who have shown the world that if you have the skills, nothing is impossible. To me this is all about the mental side of the game and if you can get that right, you can do equally well in each form of the game.PakPassion.net: You must now be looking ahead towards a place in the Pakistan side?

Mubasir Khan: I am taking things one step at a time. Cricket is all about learning and the learning does not stop for me and I feel that I have a lot to learn. In that regard, I am looking to play league cricket in England later this year as I feel that it’s important for me to experience playing conditions other than the ones I am used to in Pakistan. Hopefully, this will prove to be a useful experience and one that I can use to better myself as a player.