A veteran of 32 International games, the forty-one year old Mohammad Akram recently resigned from his position as head coach of Pakistan's National Cricket Academy (NCA). In a tenure lasting almost fourteen months, Akram had first-hand experience of guiding Pakistan's top cricketing prospects and in an exclusive interview with PakPassion.net, he spoke about his achievements at the NCA, his take on problems with Shan Masood's batting, reasons for improvement in Wahab Riaz's bowling performances and the thorny issue of suspect bowling actions. 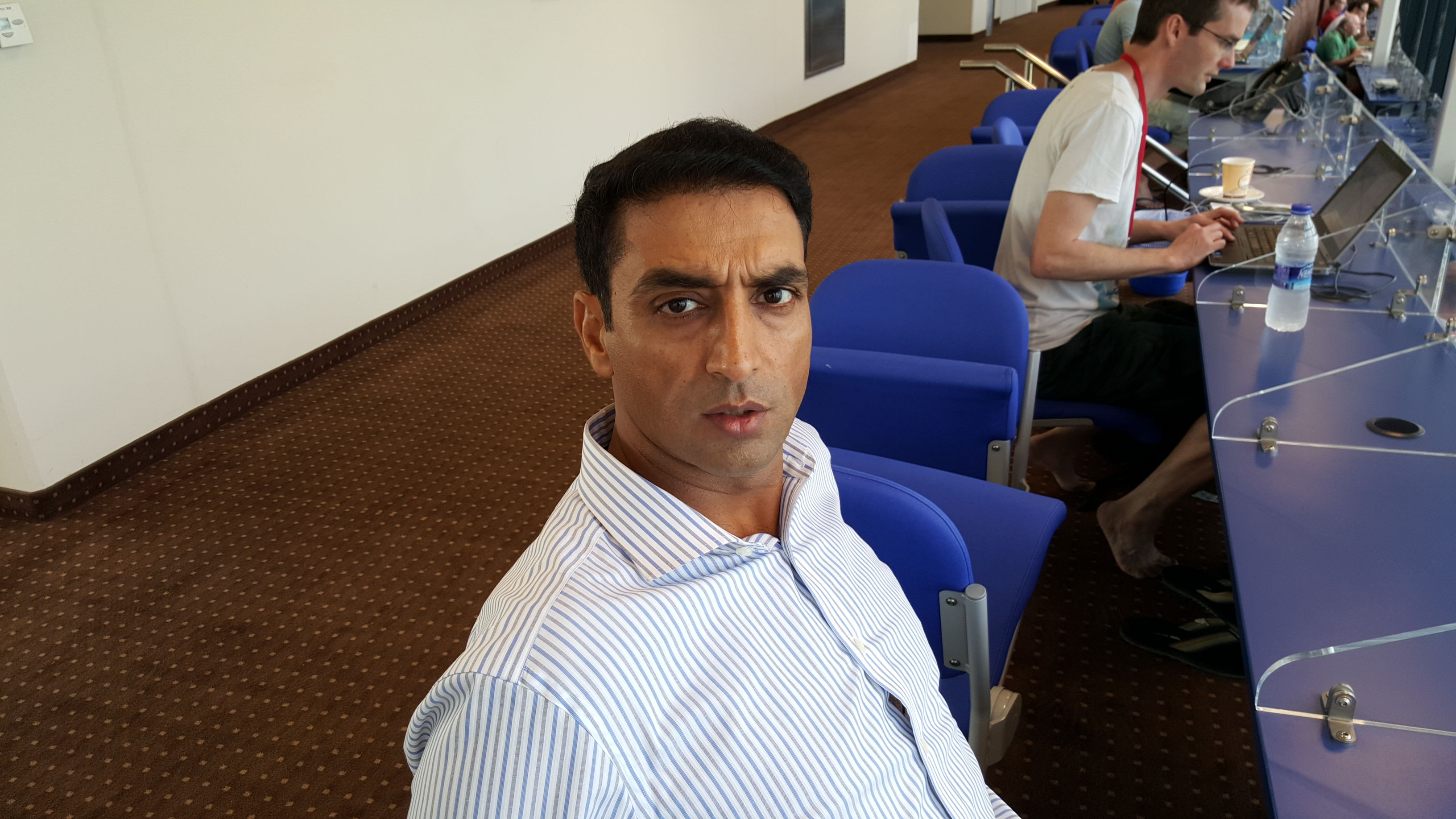 PakPassion.net : You were associated for about fourteen months with the National Cricket Academy (NCA) as head coach. Can you tell us how was your experience in your role with the NCA?

Mohammad Akram : It was really good and went well. I have enjoyed every minute working with our boys, working with our youth; working at the grass-roots level. It was phenomenal and I have learned a lot. As I have been part of this culture, there was nothing new for me to discover. I knew exactly where we were going wrong and what needed improvement. We introduced new programs and the concept of a fitness culture in our cricket including at the Under 19 and Under 16 levels. So all in all, a few new things we have introduced and it will benefit us immensely if these programs are continued in the future. I must add that everyone was very happy and cooperative during my time and they were relieved to see someone come along and implement these new ideas and programs.


PakPassion.net : How can the National Cricket Academy help improve Shan Masood's technique against fast-bowling as it's one of his weaknesses?

Mohammad Akram : Look the way it works is that people say a lot of things without actually knowing the reasons. When Shan gets out on low scores then we hear all sorts of things about him. When he is scoring runs, then everyone praises him and calls him a world-beater. The fact is that there is a process which we have to follow. He works very hard whether he is playing with his local department or when practicing at the NCA. On that subject, let me clarify that the NCA is a center of excellence where players come to put the final touches to their batting technique and not to learn to bat.

What needs to be done is to improve the quality of instruction at the lower academies and also to improve the domestic cricket structure to make sure that when a youngster comes to the NCA, he is only here for the final touches and then he is ready for international duty. We have had a few meetings where we have stressed to the PCB that they have to make sure that there is an academy in every region. In this way the basics like playing fast-bowling, spin etc. should be covered at the Under 16 level and not when the player arrives at the NCA. At the bigger academies like the NCA, you have to work on their strengths rather than the weaknesses. The overall game of a player is studied and his issues address at the lower regional academy levels. Having said all that, Shan Masood is still a very good player and he's hard-working and talented too. It is my hope and belief that with time, he will only get better and better.


PakPassion.net : How does the NCA help international players in terms of fixing recurring issues?

Mohammad Akram : As you know, we have highly experienced coaching staff in the shape of Waqar Younis, Mushtaq Ahmed and Grant Flower associated with the Pakistan team. At the moment, the way things are working out is that we have 16-20 of our top international players always on the move in the sense that they are either on international duty or are busy playing the various Twenty20 leagues around the world. So the National Cricket Academy coaches get very little time to work with these Pakistan players. Instead, they tend to work more with the youth – mainly the Under 16, Under 18 and Under 19 players. The coaches associated with the Pakistan team are then left to deal with the problems of the Pakistan players. As I said earlier, it is far better that if such technical issues are covered from the Under 16 level, then you'll start to notice improvement in a couple of years’ time.

If the PCB can create regional academies then you will see less of these issues at the international level. The problem now is that if you try and fix a certain weakness in a player's technique at the Pakistan team level, there is a real danger that you will end up destroying his strengths as well. This is why when the player is on international duty, we would want to minimize any alterations to his technique. However, rest assured that when a player is dropped from the Pakistan team, then the Pakistan team coaches notify the NCA and regional coaches about the areas of improvements needed for the said player.

Let me add that this type of contact with regional coaches is the way forward and this is what is happening at the moment. Waqar Younis, Mushtaq Ahmed and I went around Pakistan to meet each of the regional coaches and informed them about the requirements and standards that we expect from players as they graduate to the international level. What is very heartening is that Waqar Younis and Mushtaq Ahmed have both expressed a willingness to work with coaches at the grass-roots level which will be very beneficial for Pakistan cricket.


PakPassion.net : It has been said that the issue of illegal actions is endemic in Pakistan cricket. Who is responsible for this and what can be done to fix this?

Mohammad Akram : It’s quite simple really. If you look at our cricket history, you will notice that in the nineties Pakistan produced a lot of fast bowlers. This is due to the fact that younger players idolized some of the heroes of those times such as Waqar Younis and Wasim Akram. Similarly, when players considered Abdul Qadir as their idol then you had many bowlers who bowled leg-spin like him. The same then applies to players who model themselves on Saeed Ajmal or Muralitharan; you’ll find many bowlers with similar action to those bowlers.

The PCB cannot be blamed for illegal bowling actions in Pakistan. We should focus on what the PCB is doing to resolve this problem. In this regard, what we have done is to attempt to root out this problem by checking on Under 16 and Under 19 players with such illegal actions. We have worked with those players for whom it is possible to fix such actions easily. In cases where this is not possible, we have told them that they can’t play unless they fix their bowling actions. This same strategy is being applied in India and is working well and we in Pakistan are also following a similar path. Other cricket playing nations have and continue to do so as well. This is a process which will take six months to a year to bear fruit and we need to be patient about it.


PakPassion.net : Why is it, as we have seen before, that it takes the ICC umpires to spot suspect actions but coaches associated with the Pakistan team can’t do it themselves?

Mohammad Akram : It’s simply because we don’t have the proper equipment as compared to what the ICC has it at its disposal. We don’t have a bio-mechanics lab yet so until we don’t have it, we can’t tell with the naked-eye if the action is suspect or not. I think that the bio-mechanics lab which has been under construction should be ready for use with in a period of two to four months. The lab would help with not just with spotting illegal actions but also other areas such as running style and injury prevention. All world teams have coaches but it seems that they are usually made the scapegoats really quickly because someone has to get the blame. Instead of analysing the root of the issue, we are very quick to blame them. Like I said, things will become a little easier in terms of spotting illegal actions once the lab starts as it will make a lot of complicated things easier.


PakPassion.net : We have seen a vast improvement in Wahab Riaz after the World Cup, what do you think is the reason behind this?

Mohammad Akram : It is very simple. He got married a year ago and he has a daughter now, so he started thinking more now as it has made him a more mature person. Our previous impression of Wahab had been that of a laid back character who had immense talent and was highly gifted. He appeared lacking in terms of application, even though he worked extremely hard. Now he has started to think about his wrist position which he did not do before and because of that he used to spray the ball around a lot before but above all, he has started to take more responsibility and the results are for all to see.


PakPassion.net : What do you feel have been your achievements during your tenure at the NCA?

Mohammad Akram : Let me first say that I have left the NCA purely so that I can spend more time with my family. I have great relations with all in the setup and will always be available for advice if needed and will be very happy to point out and help in fixing any deficiencies I see in the system.

Whatever I learnt from my experience, I have passed it on to others with honesty. During my time we introduced some new cultures which I had picked up from county cricket. Also we tried to inculcate all the best practices which we picked from my time in international cricket and also what I had learnt from the Wasim/Waqar era.

The Pakistan “A” team hadn’t gone anywhere for five years and now the international tours have started as have the Under 19 tours. The bio-mechanics lab is also nearing completion very soon which wasn’t there before. In my time we have also introduced a fitness culture which is based upon fines and incentive which wasn’t the case before. We have also revamped the coaching system in Pakistan including introducing seminars to better prepare our coaches.

I am sure good things were also done before me and will be done after me as well but the fact is that this machine was lying in disrepair from 2008-2013 and we put oil in it and restarted it during my time.