"I am someone who can win a match with either the bat or the ball" : Imad Wasim

Currently sidelined with an injury, the Swansea born Imad Wasim has had a fantastic start to his ODI career in July 2015 when he picked up 2 for 28 against Sri Lanka on debut. In a total of five ODI appearances so far, the twenty-six year old all-rounder has thus far scored 76 runs at an average of 38 and taken seven wickets at an impressive economy rate of 4.49. In T20Is, Imad has an equally impressive start to his career where after playing five matches he has picked up six wickets with his best performance of 4 for 11 against Zimbabwe in September 2015.

In an exclusive interview with PakPassion.net, Imad who is expected to take part in the T20 series against England in the UAE spoke about his career progress, the state of domestic cricket in Pakistan, the advent of the PSL and also about his own career aspirations. 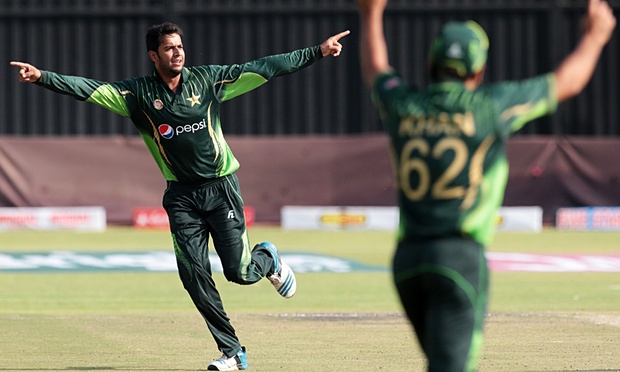 
PakPassion.net : Is it true that you actually wanted to be a doctor rather than a cricketer?

Imad Wasim : Cricket was always my first love but I wanted to make sure that if a professional cricket career didn’t materialise then at least I would have some qualifications behind me to fall back upon. I wanted to become a surgeon but eventually once I started playing for Pakistan Under 19s I had to make a decision on whether it was to be cricket or the medical profession and I chose cricket. Honestly speaking it wasn’t a difficult decision as I love cricket.


PakPassion.net : In Pakistan most young kids either want to be a batsman or a tear-away fast bowler. What made you want to be a left-arm spinner/batsman?

Imad Wasim : Well when I was a child I was a fast bowler. I idolised Wasim Akram and wanted to bowl like him but when I joined my local cricket club I realised that I didn’t have enough pace to be a fast bowler and my coaches suggested to me that I should try bowling spin. So begrudgingly, I started to bowl spin and gradually I improved and became accustomed to bowling left-arm spin instead of left-arm fast.


PakPassion.net : You are a cricketer who has represented Pakistan right through the various international age groups, then on a number of academy tours. Is it fair to say that you were destined to play for Pakistan one day?

Imad Wasim : I feel that cricket is all about learning from your mistakes. At junior levels you make mistakes, lots of them and as a cricketer by the time you reach the highest level of the game you need to have eradicated those mistakes from your game. So junior cricket and academy cricket is all about development and improvement but what I think has greatly helped me improve as a cricketer is playing regularly in domestic cricket. My maturity has come as a result of playing in Pakistan’s very competitive first-class structure.

Imad Wasim : I feel that Pakistan domestic cricket does prepare a player for the rigors of international cricket and is good preparation for the challenge of facing the world’s best. In addition I’ve also played league cricket in the United Kingdom and I found that very beneficial for my development as a cricketer. I would urge all young cricketers to play league cricket in the UK if they get the opportunity. League cricket helped me mature as a cricketer and I feel it was instrumental in my development.


PakPassion.net : You’ve had to wait quite a long time and be patient for your chance to play for Pakistan. Was that frustrating for you?

Imad Wasim : Everyone wants to play for their country as soon as possible, there is no denying that. However my plan was always that whenever the chance came I wanted to grab it with both hands and make sure that it was for the long term and not for one or two matches. When I started to play well and perform consistently in first-class cricket then my self-belief and confidence grew and I thought to myself that I am becoming a good cricketer. I just needed a break and I knew that I had to capitalise on it when my chance came.


PakPassion.net : You’ve made an excellent start to international cricket. What do you put that down to?

Imad Wasim : There’s been a lot of support from senior players, the management, my family and many others. They have all believed in me and shown faith in me and when someone believes in you then that really boosts your confidence. Also I believe that the Almighty has really helped me and for that I am very grateful and feel blessed. As far as my performance is concerned, I forget about previous matches and it’s all just about the next match. What’s done is done, just focus on the next match.


PakPassion.net : How would you describe yourself, a batsman who bowls a bit or a bowler who bats a bit?


PakPassion.net : Critics will say that whilst you’ve made a good start to international cricket, you’ve not played anyone decent yet?

Imad Wasim : I think critics have every right to speak and if that’s what they want to say that’s fine. All I can do is to perform against the opposition that is in front of me and give 100% effort. Good and bad times are part of professional sport and that is something that you have to accept. If my performances are not up to the mark in future then there is nobody to blame apart from myself. I take criticism on board and use it constructively as it can be used to improve one’s performance. But so far things have gone quite well and it’s up to me to make sure that continues in future.


PakPassion.net : How is your preparation different when you are facing the likes of South Africa and Australia as compared to the likes of Zimbabwe?

Imad Wasim : I think it’s wrong to assume that I’ve not played against any strong teams so far. I’ve played against Sri Lanka and they are one of the best teams in the world who play spin well and have a good bowling attack. I don’t think there is that much difference amongst the international teams these days especially in the twenty over format. At the end of the day your preparation shouldn’t change and my philosophy is simple- just give me the ball and I will do my best! It's the same if I’m fielding or batting. I’m aware of the challenges and I’m working hard to overcome those challenges.


PakPassion.net : Do you think your game is more suited to Asian conditions or do you think you can also perform well outside Asia?

Imad Wasim : During my career I’ve played on all sorts of surfaces and I’ve been successful with both the bat and the ball. I cannot predict what will happen in future but I believe that despite the good start to my international career I can improve and do more for Pakistan. I think there is always room for improvement and I think I can do well outside Asia and not be regarded as someone who can only perform in Asia.


PakPassion.net : How tough is it for young Pakistani cricketers to know that most of their international cricket will not be played in front of their own fans?


PakPassion.net : Do you see yourself as the replacement for Shahid Afridi, particularly in the twenty over format?


PakPassion.net : How much are you looking forward to playing in next year’s Pakistan Super League?

Imad Wasim : I’m really excited to be part of the PSL. All the major cricket playing countries have their own leagues and it’s great that the Pakistan Super League is being launched next year. It’s not just about the finances, but it gives Pakistani cricketers exposure and the chance to play alongside and against the likes of Chris Gayle and Kevin Pietersen and share dressing rooms with world class players. As a young cricketer in Pakistan to be given this opportunity is huge and should not be underestimated.


PakPassion.net : The injury to your finger could not have come at a worse time could it?

Imad Wasim : Unfortunately injuries are part and parcel of the game and it was one of those unlucky things. However it’s not long term and I should be back playing soon and will be fit and ready for the T20Is against England if selected.


PakPassion.net : Looking ahead to the World T20 next year in India. If Pakistan does compete in that tournament, do you believe it’s a tournament that they can win?

Imad Wasim : Firstly there is no guarantee that I will be part of that squad, but I think our twenty over team is the best in the world and our chances of winning this tournament are very high. At the end of the day though, twenty over cricket is unpredictable and there are a lot of good teams. But I think if we perform to the best of our ability then we can win it.