No problems with the return of Mohammad Amir says Shoaib Malik

Shoaib Malik's international career took a turn for the better in 2015 when on comeback he put in some splendid performances to regain his position in the Pakistan limited overs teams.

At thirty-three years of age, the Pakistan all-rounder has played 231 One-day internationals, scoring 6097 runs and has taken 150 wickets. His importance to Pakistan's upcoming World Twenty20 campaign is underpinned by a career where he has played 67 games, scored 1178 runs and taken 23 wickets. Malik was included in the Pakistan Test team for the recent series against England where he scored a double century but then announced his retirement from Test cricket during the final game of the series.

In an exclusive interview with PakPassion.net, Shoaib Malik spoke about the thought process behind his decision to retire from Test cricket, shared his thoughts on the reasons behind Pakistan's recent record in ODIs and T20Is and provided his thoughts on the potential return to international cricket of Mohammad Amir. 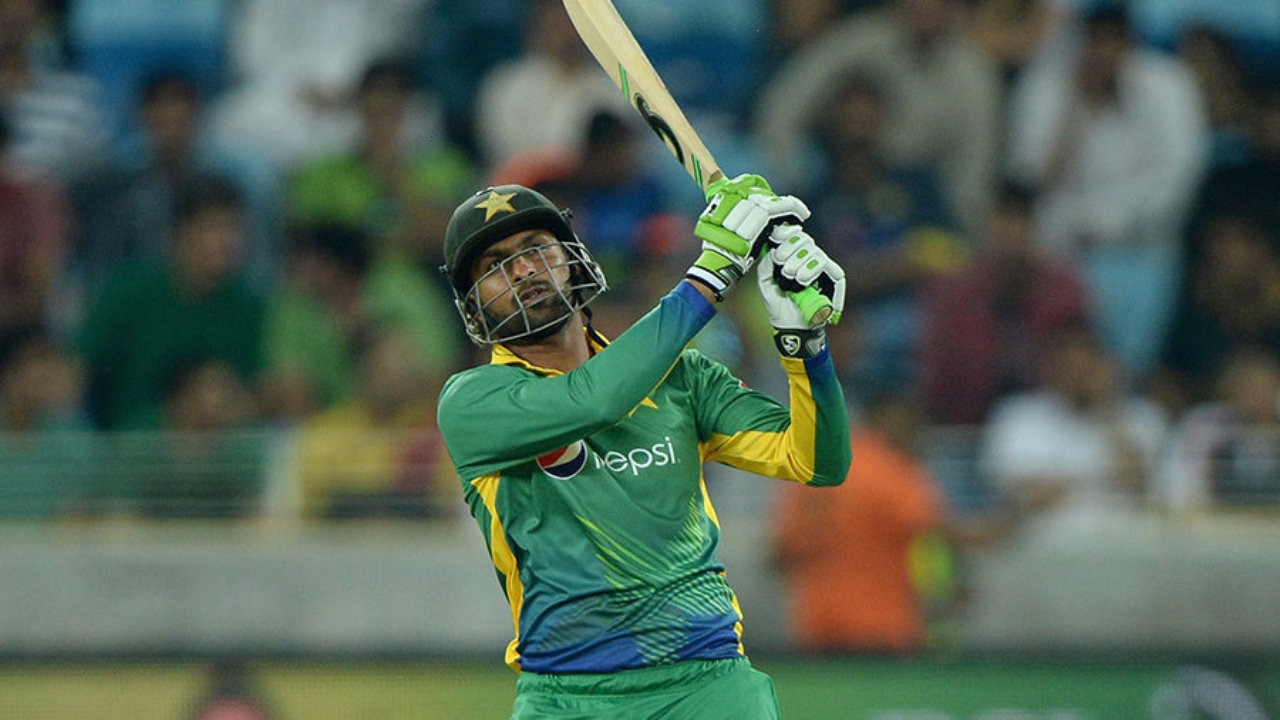 PakPassion.net : How difficult was it to make the decision to retire from Test cricket?

Shoaib Malik : That’s a good question, and one that I have been asked on many occasions since the time I announced my retirement. To be fair, I have still to find the right words to answer this question to my satisfaction. It was the toughest decision of my life and I had so much to say that I wrote a blog about it too (www.shoaibmalik.com/my-test-spot).

The decision had been taken a while back in my mind, even before my comeback into the ODI squad. I had just not officially announced it. To be honest, I was not expecting to be back in the Test format at all, and the final Test squad for the series against England did not originally include my name.

I want to serve my country to the best of my abilities, and I strongly believe that I’m better utilized for the ODI and T20I squads. Our Test squad does not need me. Whilst that does make logical sense, the fact is that I do love Test Cricket and that did make the decision difficult for me. But then, when I looked at the bigger picture and saw where I could add value to the team, it became a much simpler decision.


PakPassion.net : Critics say that the timing of your decision to retire from Tests was selfish.

Shoaib Malik : I would not label all of them as ‘critics’ in the truest sense of the word; a few that I came across have been supportive and very constructive in the past too. And yes, it was a selfish decision, that is definitely one way of looking at it. Could I have waited till the end of the match or maybe the series? Till the end of the year? Till after the next World Cup? Allah knows best, but let me confirm that once I had decided to make a formal announcement, I did inform the team management and went ahead with a well-coordinated plan.


PakPassion.net : How do you respond to that criticism?

Shoaib Malik : I take it just as another point of view, I see nothing constructive in it to respond to, nor feel the need to explain more than what has been said already. When the people who matter and who organized the series (the team management) were fine for me to announce this on the third day of the 3rd Test, then as far as I was concerned, I was on solid ground. Also it may be difficult for some to grasp this fact, but we should try to understand that there is much more organization involved around one’s cricket career than it appears to the outsiders. We have official on-field and off-field commitments, everything is scheduled so I have to work around that, and there is nothing more to it.


PakPassion.net : The coaches have had their say, but as a senior player what do you feel is wrong with the current Pakistan One-Day and T20I teams?

Shoaib Malik : There is nothing wrong with the current Pakistan ODI and T20I teams. Of course as always, there is no end to the debate on who might have been a better captain in a particular series or which player was selected based on what criteria, or was dropped based on belonging to a particular town and so on.

Possibly the better question to ask, perhaps, is about the issues confronting Pakistan cricket in general and maybe then we can understand how it effects our performance in ODIs and T20Is in particular.

Playing international teams at home adds so much to a player’s development and skills as one learns a lot about cricket and about oneself. This is mainly due to the fact that one is able to focus on one's game without having to adapt to alien weather and pitch conditions or worrying about a foreign social environment. Expecting a team with inexperienced players to go out and adapt to a foreign environment and build skills while playing there, and cope with the added pressure of performing and also expect them at times to play heroic match-winning innings is grossly unfair.

We need international cricket back home as soon as possible. It will bring joy to our people and happiness to our youth and do wonders for the young members of the national team.


PakPassion.net : Many felt you should have batted in the Super Over in the 3rd T20I. Why was that not the case and were you disappointed?

Shoaib Malik : Yes and that’s also what Lala and the Coach had decided too, but due to pain in my thumb I was not 100% confident to go out as everything depended on that one over! The pain killers had worn off (had been 4 hours since I last took them) and during batting my thumb had been hit again which sadly added to the discomfort and pain. Under these circumstances, Lala and Umar were the best choices but unfortunately, things didn’t go according to the plan. And yes we were all very very disappointed to have lost that game, we should have won but as I always say, either you win, or you learn!


PakPassion.net : Why do so many of Pakistan's cricketers show a lot of promise at the start of their career, only to struggle once established?

PakPassion.net : Well everyone who dreams to play for Pakistan comes with his own expectations of how things will happen and have ideas about how they feel their career will progress. The plans are all unique and are filled with passion and enthusiasm. Once you are in the team, that is when the real test starts for an athlete because to be part of the best, you have to be the best yourself. It’s a tough life. The board decides your schedule, your training camps and fitness schedule which can drain you, and travel also does not suit some people. I assure you no one, and I mean not a single player, would ever plan to give it up once they have become part of the national team. Everyone knows that no one player is indispensable so the pressure is immense. It's not easy and it's not for everyone.


PakPassion.net : What advice do you have for the likes of Sohaib Maqsood, Ahmed Shehzad and Umar Akmal?

PakPassion.net : I have given this advice to them in person, but I will repeat it here as well. The advice is simply to keep focused at all times. It's all in you, and you must never give-up on hard work. Also, having the right mind-set, which takes in to consideration factors that you can and cannot control, is key to anyone's progress.


PakPassion.net : Is captaining Pakistan something that you would like to do in future if the opportunity arose?

Shoaib Malik : I have never declined nor will ever do in the future, any opportunity that comes my way to serve Pakistan. Whether it is to play Test matches in the past or to bat at no. 10 or no. 1 position, or open the bowling, I have always stepped up to the plate and InshAllah, I will always be there for my country.


PakPassion.net : What do you feel PCB can do to improve the standard of domestic cricket in Pakistan?

Shoaib Malik : If you had asked me this question last year around this time I may have given you a long response with a few points to consider! See, when you play international leagues around the world and work with other cricketers and managements you learn a lot and also have good or bad experiences to take away. So whatever I saw that impressed me during this time, I wanted to talk about and implement in Pakistan as well, which would be natural for anyone. But having played during all of 2015, I have seen for myself that we have made some meaningful changes and the difference shows and the players feel it too. Also more sponsors have stepped forward and fans have become more active, with social media also helping in raising awareness of what's happening in our domestic cricket. We have still quite some way to go, but I trust the Pakistan Cricket Board and I’m positive these efforts will be visible in the expected improvement in quality of our new cricketers, InshAllah.


PakPassion.net : Would you have any problems sharing a dressing room with or playing in the same team as Mohammad Amir?


Shoaib Malik : Not at all, actually I’m fond of him and I always feel like acting like an elder brother (senior) to him when he is around, and this has been the case since he first joined the team. He is a good boy. I know you are asking me this question because of the mistake Amir made in the past or the comments a few players might have made, or probably both. They are both wrong in my opinion, but then who am I to judge? Judging is for Allah alone and He teaches me to forgive, as forgiving is a sign of Godliness and He loves forgiving.

What Amir did was wrong, and the authorities at the time decided the punishment for him. At that time there were voices asking to let him go since he was young and naive but no consideration was given to this point. I respected that. And now if the authorities feel that Mohammad Amir and Salman Butt have served their time and should be back in the team, I will also respect that.


PakPassion.net : What targets have you left for yourself before you retire from international cricket?

Shoaib Malik : Oh I have lots of goals! I want to improve my records, all of them. I want to be a utility player, a player who helps his team win in most if not all games. I want to learn more by playing with better cricketers and challenging teams. I'm thinking about all those things, but have no thoughts on retirement at all.