"Pakistan think-tank got it wrong against England in the limited overs internationals" : Aaqib Javed

In an exclusive interview with PakPassion.net, the former Pakistan fast-bowler and current coach of the UAE team, Aaqib Javed, spoke about Mohammad Amir's potential return to international cricket, the reasons behind Pakistan's poor showing in the LOI series against England and shared his views about the stalled Pakistan-India series. 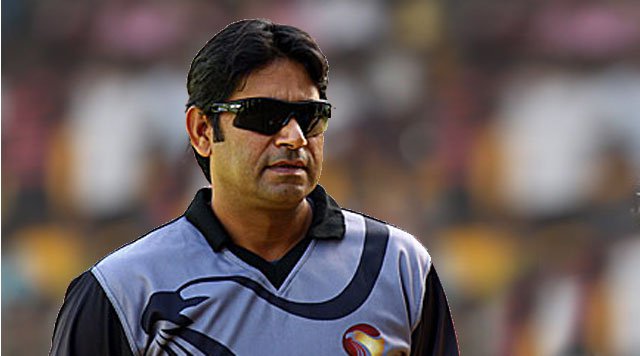 PakPassion.net : How impressed are you with Mohammad Amir’s progress, especially during his stint at the Bangladesh Premier League (BPL)?

Aaqib Javed : His comeback to cricket seems to be going very well as we have seen in the BPL where he took fourteen wickets. It appears that his bowling has not been effected by the absence of five years. I can only put that down to the fact that apart from his skills, he is still young and may also have been training on the side.


PakPassion.net : How would you explain the disappointing performances by the Pakistan ODI and T20I teams in the recently concluded series against England?

Aaqib Javed : Let me start by saying that both squads have a lot of inexperienced members. In the Test squad, we have had the luxury of having a mature side which revolves around the likes of Misbah-ul-Haq and Younis Khan. I just don’t see any such players who can take responsibility for the team’s batting in the One-Day or Twenty20 side and guide the team towards victory. I would say that most of the players in the limited overs squad seem to be going through a phase of their career where they are trying to establish themselves. Amongst the batsmen, probably Mohammad Hafeez falls in that category of a match-winner and even Shoaib Malik has shown some promise in that regard as well but apart from these two, I don’t see any real match winners. I can only assume that it will take some time before the emergence of some genuine match-winners in the team.

The other important point is that the selectors and the team management need to stick with the team to allow for development of these players. The fact is that until we have a settled unit and the players know that they will not be dropped at the first sign of trouble, you will always struggle to find that perfect mix. If a player is playing under pressure of losing his place then he cannot perform. It is as simple as that.


PakPassion.net : Why is it that the Pakistan team at the A level can compete so well against England Lions but was so comprehensively beaten at the senior level?

Aaqib Javed : In my mind, despite the final result of the series the Pakistan A team are well ahead of their England counterparts in terms of talent. The problem is in taking the same bunch of players at the A level forward and investing in them and providing them a platform to develop as top class international players. This is where we lag behind and the results are there to see at the senior level. We need to continue improving the skills of these young players, keep them busy with A tours. Like I said there is no real problem with the Pakistan young talent. We have a few good bowlers and an excellent batsman in the shape of Babar Azam. All that needs to happen is that this talent needs to be nurtured and moved in the right direction.


PakPassion.net : Our talent may not have been nurtured well, but even then, how would you explain the margin of defeat suffered by our senior Limited-Overs teams?

Aaqib Javed : There is an aspect of strategy which needs to be looked at which the Pakistan think-tank should have also considered. I do believe that the Pakistan think-tank got it wrong against England in the limited overs internationals. The weak point of the opposition needs to be take into account and strategies developed accordingly. Let me give you the example of UAE team’s recent game against England Lions. UAE is not what you would regard as a top class team but we gave them some close games, only because we played with four spinners and one seamer. We knew that in these conditions, we had our best chance with spinners. If you contrast that with how Pakistan approached the ODI series, they went in with one specialist spinner whereas the proper way to do this should have been to play with three specialist spinners. With the right bowling combination, there is no way England could have beaten Pakistan in this series.

I do believe that playing three seamers when you don’t have express quick bowlers like Wasim Akram, Waqar Younis or Shoaib Akhtar was a huge folly on UAE pitches. Even with having good fast bowlers in your side, I would not play more than two seamers in the lineup. The ideal bowling attack for this part of the world should have been two seamers, two specialist spinners and one all-rounder. With a part-time spinner in the mix and thirty five overs of spin bowling, you could slow down runs and in fact, bowl out the opposition as well.


PakPassion.net : What is the best time to bring back Mohammad Amir into the national side?

Aaqib Javed : This is a very difficult question. In my view it is too early to speak about his return to the national squad. I would let him play in domestic cricket as much as he can and when the time is right, he would be an automatic selection. To me he needs to gain more confidence and get some more match practice. Apart from his performance on the field, there are other trust issues which he needs to tackle as well. That is a huge hurdle that he has to overcome. I suppose if he has become a better person after those five years then he should be allowed to play. That’s all I can say.


PakPassion.net : Umar Gul and Junaid Khan – do they deserve a second chance in the Pakistan squads?

Aaqib Javed : To be honest, Umar Gul has abused the two or three chances he has got to re-establish himself in the national team. The same can be said about Junaid Khan as well. What I mean is that both bowlers have presented themselves for selection without completing their rehabilitation stage. They returned to cricket without attaining peak fitness and in that case, when you have to face the rigours of international cricket, you end up with more injuries. Apart from the bowlers themselves, the trainers and all the other staff working with these bowlers should have known about the state of their rehabilitation and the ideal time for their return to cricket. I am still not sure how well the current round of rehabilitation has gone for Umar Gul and exactly what level of fitness he is at. In my view, a delay of two months to allow better recovery could easily add three more years to one’s career. On the contrary, offering oneself for selection two months earlier could set you back for a longer period of time.


PakPassion.net : Have you applied for a position as a coach in the upcoming Pakistan Super League (PSL)?

Aaqib Javed : Yes, I did apply for a position and I also got two responses but I do have an additional problem which is that I am unable to get clearance from UAE Cricket to pursue such opportunities as the UAE have a series coming up against The Netherlands as well around that time. Personally speaking, I am looking forward to this event and wish the organizers and the participating teams all the best. I feel that all of us should get behind this league as it is our league.


PakPassion.net : Why is holding a Pakistan-India series such a huge problem and how hopeful are you of this series ever happening?

Aaqib Javed : This series is a must. It should happen for the sake of fans and the players. In the past, there have always been voices of dissent in India which have opposed the holding of series or any other contact between both countries but they have been largely ignored. It appears that the situation is different this time. All kinds of excuses are being made to stop this tour but strangely enough, these issues won’t exist when the World Twenty20 is held in 2016. That I find very strange and I fail to see the logic behind this whole affair.