"My best cricketing years are ahead of me" : Junaid Khan

Regarded as one of Pakistan's most talented left-arm fast-bowlers and a regular member of the national squad until June 2015, Junaid Khan has faced an uphill struggle to re-establish himself in the national team due largely to injuries. Since 2011 when he made his debut in all three formats of the game, the twenty-six year old pace bowler has played twenty-two Test matches in which he has taken seventy-one wickets, fifty-two ODIs in which he has claimed seventy-eight international scalps and also represented Pakistan in nine T20Is taking eight wickets.

In an exclusive interview with PakPassion.net, Junaid spoke about his recent struggles and his plans to re-establish himself in the national team after injury, his aspirations to raise his performance levels to that of the legendary Wasim Akram, the healthy competition for places in the national team due to the return of Mohammad Amir, looked forward to the advent of the Pakistan Super League (PSL) and also to leading Pakistan A against England Lions in the UAE. 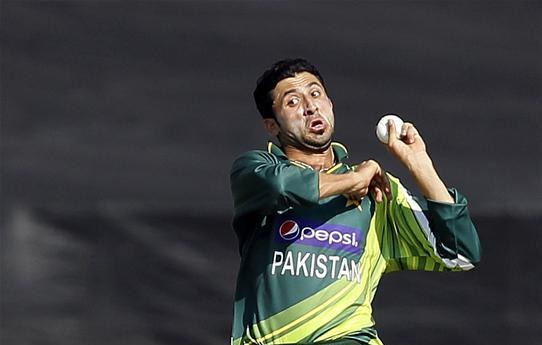 PakPassion : It wasn’t that long ago that you were a regular selection in all of the formats for Pakistan, but now you can’t get into the international team in any format. That must be disappointing for you?

Junaid Khan : Yes it’s disappointing as I was one of Pakistan’s leading bowlers for three to four years. Unfortunately though, when you get injured it takes a bit of time for you to regain your rhythm, especially for a bowler. The best way to regain that rhythm is to play a lot of cricket and bowl lots of overs, but I’ve not had as much match practice as I would have liked. Having said that I feel that my form and rhythm are both coming back and I’m confident about the future.


PakPassion : There are some who doubt that after your injury problems you will ever be the same bowler. Is that a fair assessment?

Junaid Khan : There are always going to be doubts when a cricketer doesn’t seem to be at the same level he was previously, particularly after injury. Even I had doubts in my own mind so it’s not unusual or unfair for people to think this way. But I’ve got rid of those thoughts and cleared my mind and I am focussing only on positive thoughts. Recently I felt that I bowled well against England Lions in UAE and also in the domestic Twenty20 tournament. As a bowler, it was the best that I have felt for a long time. I don’t think people should write me off, and I believe my best cricketing years are ahead of me. If your career is positive all the way then you have been fortunate, I feel that if you can come back from adversity like injuries then that makes you a stronger person and toughens you up.


PakPassion : You don’t seem to be bowling with the same venom you once were. Why do you think that is?


PakPassion : In addition to your form and fitness, do you feel that your confidence is there, as you seem to be a bowler who shines when he’s confident?

Junaid Khan : Absolutely. I think fitness, form and confidence all work in tandem. You need all three to work in tandem. I am 110% sure that the old Junaid Khan is back and I will show that to my fans and critics whenever I get the chance to.


PakPassion : There’s a lot of competition in the Pakistani fast bowling ranks. Do you think you can get ahead of the competition?

Junaid Khan : I think there always has been competition in the Pakistan fast bowling department and there always will be. When I came into the Pakistan team there were many fast bowlers around and it’s the same situation now. Whether it be domestic cricket or international cricket, to succeed you have to be prepared to beat the competition and stay ahead of it. But on the other hand I’ve never really let myself worry too much about rivals for the Pakistan shirt as whoever performs will get picked by the selectors and whoever doesn’t perform will not be picked.


PakPassion : Mohammad Amir’s return to international cricket also adds to the competition and rivalry I guess?

Junaid Khan : Yes that’s true. But I see this as a positive as Amir’s return means competition for places is even tougher which is good news for Pakistan cricket. Even Sohail Tanvir, Sohail Khan, Rahat Ali, Mohammad Irfan and Wahab Riaz are around and we all are fighting for places in the Pakistan team. Nobody can take his place for granted if the bench-strength is good, as the players who are playing know they have to perform otherwise they will get replaced by someone who is just as good. The signs are good for Pakistan cricket as far as fast bowling is concerned because there is strong competition at the moment and the selectors have many choices in front of them.


PakPassion : You recently captained Pakistan A against England Lions. Is captaincy something that you enjoy or are you a reluctant captain?

Junaid Khan : I enjoy captaincy. I’ve captained in domestic cricket in all formats and I don’t think I am someone who feels any additional pressure when leading the side. I’ve played under and alongside some very experienced cricketers and learnt from them and watched how they lead the team. As a captain I think it’s imperative that you learn from others and watch how they lead the team and then take on board all the good points of various styles of leadership.


PakPassion : You are very close to Yasir Shah and have played a lot of cricket with him over the years. How do you feel about the current situation that Yasir finds himself in?

Junaid Khan : He’s been such a fantastic performer since his introduction to international cricket and he’s been performing such a key role in the team. He’s been a stand-out performer and very consistent. I just hope that things work out for him and that he can resume his playing career very soon.


PakPassion : You will be leading Pakistan A against England Lions for five 50 over matches very soon. What are your personal targets for that series?

Junaid Khan : It’s an important series for both sets of players as I’m sure all of the players will be looking to make the next step to international cricket or like myself, make a return to international cricket. England Lions will be well prepared as they’ve been in UAE for a few weeks now. The players who have been performing in domestic cricket recently have been picked by the Pakistani selectors so I think it will be a hard fought and a very close series. My personal aims are to make sure that I help Pakistan A win the series first and foremost and that I perform well and enjoy the series. Sometimes cricketers forget to enjoy their cricket but I’ve told myself that I should enjoy playing cricket and then the performances will come.


PakPassion : In a previous interview you told me that you wanted to be remembered like Wasim Akram and Waqar Younis. Do you think that is still a realistic goal?

Junaid Khan : Yes the goal is still the same. Even Wasim Akram and Waqar Younis had to make comebacks for one reason or another. Nobody has a right to be selected, it’s all about merit and performance. I’m not disheartened or feeling down, I just need to get out there and perform in domestic cricket, for Pakistan A and for any other team I represent. It was nice to be compared with Wasim Akram when I was at Lancashire when I was bowling Yorkers at the end of an innings and hopefully in future there will be more comparisons with Wasim.

As a cricketer you have ups and downs and I’ve experienced both, but I’m very positive about the future and I’m just waiting for that opportunity to play for Pakistan again and to show the watching world once again what I can do. I need to work hard, the ball is in my court and the onus is on me to perform and earn an international recall.


PakPassion : Is the World Twenty20 a tournament that you are hoping you might get the chance to play in?

Junaid Khan : It would be nice to play in that tournament but I don’t think I should look too far into the future, instead just focus on playing against England Lions in UAE and to ensure that I perform well and take lots of wickets in that series. I want to impress the selectors and show them that I’m back in form and to make sure that they cannot ignore me after some good performances.


PakPassion : Did you speak with Waqar Younis recently at the fitness camp about what you need to work on and improve upon?

Junaid Khan : It was a very good opportunity to speak with both Waqar Younis and Mushtaq Ahmed about my bowling in terms of technical and generic aspects. There were a few things suggested to me by the coaches particularly in respect of my bouncer, off-stump Yorkers and outswing. The camp gave me the chance to discuss a few things with Waqar Younis and I found it very useful.


PakPassion : The Pakistan Super League (PSL) is almost upon us. Are you excited about this tournament and also about playing for Peshawar?

Junaid Khan : I’m really excited about the PSL. It presents Pakistan cricket with a great opportunity to show the world that we can organise a major twenty over league. I would have been happy to play for any team, but as a Pathan it’s special to be playing for Peshawar.


PakPassion : And finally, do you think you look like the Spanish footballer Esteban Granero?