"PSL can get bigger and better each year" : Shaun Tait

Regarded as one of the world's fastest bowlers, 32 year old Shaun Tait recently made his international comeback when he was selected for Australia's Twenty20 match against India in Adelaide.

Tait has made 59 international appearances taking a total of 95 wickets after making his debut for Australia in the Ashes series of 2005 in England. The Adelaide born pace bowler is now a regular feature in twenty over leagues around the world. 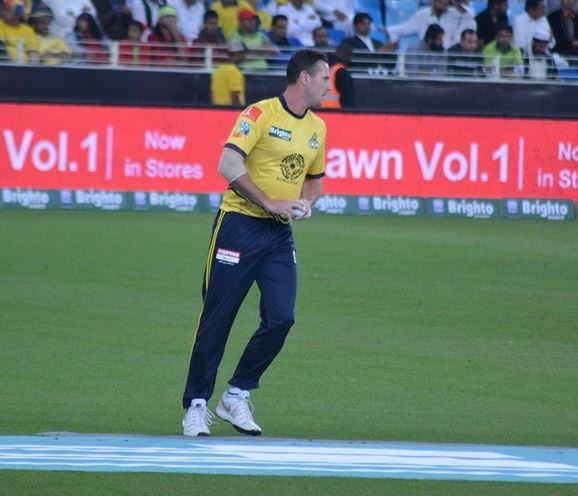 PakPassion.net : Tell us about your feelings on making a comeback to the Australian side after a gap of almost five years?

Shaun Tait : As one would expect, I had mixed feelings about my comeback T20I game which was in Adelaide against India. I was nervous, anxious and excited. Unfortunately, I did not bowl that well but it was great to be picked for the team after such a long period of time. I thoroughly enjoyed this experience.


PakPassion.net : The World Twenty20 in India is not too far away how do you see Australia’s chances in this tournament?

Shaun Tait : Australia’s chances are always good in any tournament they play as they have plenty of good and experienced players. But, as we know, there are other very impressive teams in the mix as well such as India and Sri Lanka who have been playing well in recent times. I expect this to be a good but a hard fought tournament for all teams.


PakPassion.net : Fast bowling seems to come to you naturally but what is the secret behind this ability?

Shaun Tait : This is difficult to say but if I am being honest, I seem to have tried too hard to bowl fast in my comeback game for Australia which didn’t work out too well. But in the last few games I have played for Peshawar, I have slowed down my pace a bit to try and get more control over my line. The fact is that most of the times, as a fast-bowler I want to take wickets with pace and swing with the new ball and try and get rid of the opening batsmen. There really is no secret to my bowling and I don’t have a special philosophy behind the way I bowl. I give my hundred percent all the time. I run in and bowl fast and I make sure that am tired when I come off the field and have nothing else left in me to give or energy to expend as it has all been used up on the field.


PakPassion.net : You have an incredible knack of bowling yorkers, almost at will, how do you achieve that?

Shaun Tait : The yorker is an essential part of a fast-bowler’s armoury. This is the ball that the batsmen cannot hit for six and is the toughest ball to play which is why I work on it a lot and it also happens to be my best delivery, especially if I can get it to reverse swing as well.


PakPassion.net : How convinced are you about the utility of franchise based tournaments such as the Pakistan Super League?

Shaun Tait : I think they are anything but a waste of time. We have the Big Bash which is a fantastic tournament. There is the Indian Premier League which has its own charm as does the English competition. The PSL is a brilliant tournament in its own right and has been wonderful so far. I feel it’s great for players to travel to different parts of the world and take part in these leagues and play with, and alongside cricketers from different countries which is a great learning experience in itself.


PakPassion.net : Talking about playing with cricketers from different countries, how is it to play alongside Shahid Afridi?

Shaun Tait : It’s been a great experience, but remember this isn’t the first time I am playing alongside him. A few years ago, he came over to play for South Australia and then we played together for the Melbourne Renegades in the Big Bash. Like I said I have played alongside Afridi a few times and I am really enjoying playing under his captaincy this time in the PSL where he is the star attraction of the tournament.


PakPassion.net : PSL seems to have started off well but how strong do you expect it to get as a brand?

Shaun Tait : Well, I don’t know about what the future holds for anything but from what I have seen so far PSL has a bright future ahead of it. All the tournaments I have played and have been part of, usually grow and get better with every passing year. If you take the example of the Big Bash, it’s been five or six years in the running now and it seems to get better every year. I see no reason why this will not be the case for the PSL as well and the PSL can get bigger and better each year.


PakPassion.net : What appealed to you about playing in the Pakistan Super League?

Shaun Tait : What interested me most was the fact that this was the first time that Pakistan was holding its own Twenty20 league and it is an exciting time for all concerned. To tell you the truth, it’s not that easy to get a spot in any of the teams; there aren’t that many places available. So I was pretty fortunate to get a place in the Peshawar Zalmi squad. The bottom line is that it’s a great feeling to be involved in this way in helping Pakistan cricket.


PakPassion.net : How has the experience been of interacting with the younger members of the Zalmi squad?

Shaun Tait : It's been absolutely brilliant. They ask me a lot of questions and are always interested in my views on fast-bowling and I do enjoy sharing my experience in cricket with these guys. I am very impressed by the hunger to learn shown by the younger players in the Zalmi squad and I am getting along very well with them.


PakPassion.net : How do you rate Peshawar’s chances of winning the inaugural Pakistan Super League?

Shaun Tait : We started off well but had a hiccup against Quetta, but all in all we have a great atmosphere in the team. Above all, we have a great bowling attack in this team and I always believe that a good bowling line-up will win you T20 games. I can safely say that we have one of the best bowling attacks in the tournament. In Junaid Khan and Wahab Riaz, we have two very internationally experienced world-class bowlers who bowl at a brisk pace. We then mix that up with the spin of Shahid Afridi and Mohammad Asghar who complement the attack really nicely. With Wahab and Junaid as left-arm bowlers and myself bringing in right-arm pace this is a very good combination without doubt.


PakPassion.net : The PSL has come under some criticism for the quality of the pitch so far, is that something that bothers you as well?

Shaun Tait : I suppose it is difficult as so many games are being played on the same wicket so of course, these pitches won’t be 100 percent fresh all the time but, I am fine with the pitches and I have no problem with it. The playing conditions are what they are and this is what we have been given and we simply get on with our job. I am now looking forward to Sharjah as I have never played there before but as I said before, I have no complaints at all about the pitch conditions here in the UAE.