"PSL is a very special competition and it will continue to grow" : Tamim Iqbal

Tamim Iqbal, Bangladesh's highest run-scorer in international cricket, spoke about his experiences with Peshawar Zalmi and his impressions of the Pakistan Super League. 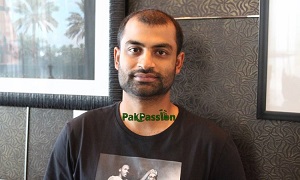 The Pakistan Super League’s 3rd edition is well on its way with some excellent performances being witnessed during the UAE stage of the tournament.

The winners of the 2017 PSL, Peshawar Zalmi have had a relatively good start so far but the team lead by their charismatic skipper, Darren Sammy seems to be finding its feet in the tournament and appear to be putting in some impressive performances which may lead them to a possible place in the final to be played in Karachi later this month.

Amongst the foreign contingent donning the colours of the Peshawar franchise, 28-year-old Bangladesh player Tamim Iqbal, with 293 international appearances and 11,289 runs to his name, holds the key opener’s position for his team. With his international experience and also having represented franchises in many leagues around the world, Tamim’s vote of confidence serves as an excellent stamp of approval for a league which is fast growing in popularity in its third year of existence. In an exclusive interview with PakPassion.net, Tamim spoke about his experiences with Peshawar Zalmi and his impressions of the PSL.

“Playing in the PSL has been a great experience for me so far. I was lucky to have played in the first and second editions of the tournament and now I have the chance to play in PSL 3 as well. I can safely say with conviction that this is a fantastic tournament and has the potential and all the hallmarks to be the second-best franchise based Twenty20 tournament in the world very soon.”

For many players who are participating in this tournament, there is the undeniable lure of financial gains; for the organisers and viewers, the entertainment aspects of such a Twenty20 tournament is important. However, for Tamim, there is more to PSL and his involvement with Zalmi for the third successive season than just the obvious attractions.

“The PSL is a very special competition and it will continue to grow into something special. It's special due to the way it's been organized and the manner in which the franchises are looking after the players. As for Peshawar Zalmi, I am happy to say that this is amongst one of the best franchises I have played for during my career.”

The age-old cliched cricket term of ‘leading from the front’ as a captain has had many instances in the history of the game, but recently in the PSL the example of such dedication to his role was demonstrated by the West Indies player and Zalmi captain Darren Sammy. In an innings of some courage where he had to bat with an injury to his leg, Sammy took his team to victory in a tight run-chase versus Quetta Gladiators at Sharjah by scoring 16 runs off just 4 balls.

Such performances whilst adding value to the PSL brand are also great sources of inspiration for team members too. For Tamim, his captain’s leadership abilities have been crucial for the past and will continue to play an important role in the future successes of the team as he explained, “Darren Sammy’s captaincy has been fantastic as he proved with his leadership abilities in the 2017 edition of the PSL and continues to do so in the current tournament as he showed the world recently in Sharjah. There is nothing but praise from all of us in the team for Sammy and the quality of his captaincy is simply outstanding. The manner in which he has lead the team to the title in the previous edition of the PSL and the way he is continuing to take us forward in PSL 3 is simply amazing and enjoyable for the team and its supporters."

One of the stated objectives of the PSL from a Pakistani point of view has been the unearthing of new talent which the domestic system has largely been unable to provide due to a variety of factors. In the first edition of the PSL, the ICC's Emerging Player of 2017, Hasan Ali’s name came to the fore. The second edition of Pakistan’s premier Twenty20 League saw the emergence of the very talented leg-spinner Shadab Khan. In Pakistan Head Coach Mickey Arthur’s recent estimation, the current edition of PSL would be deemed a success for the country if two more talented players can be revealed which would help in building the country’s squad for the 2019 World Cup.

If the current rate of success at the PSL for the 19-year-old leg-spinner Ibtisam Sheikh is any guide, Mickey Arthur’s wish could become a partial reality by the time the last ball of the tournament is bowled. Having made his Twenty20 format debut in the PSL, Ibtisam has become one of the fan favourites after picking the important scalps of Babar Azam and Colin Ingram and is fast attaining the ‘go-to’ bowler status for his captain. Whilst not many can deny the value of such an exciting prospect to his team, Tamim cautions against placing too much weight of expectations on the young shoulders of Ibtisam stating that, “I am really excited about the young leg-spinner Ibtisam as he has done really well so far in this tournament. Initially, he looked a little bit nervous but once he got over his nerves, he kicked on and has bowled some excellent spells for us in this tournament. He has a great future ahead of him but to be honest, these are early days for him and I feel he has a long way to go. But, if he continues performing in the way he is now, his ultimate goal of playing for Pakistan is very achievable. He will have good and bad games in his journey, but we should be careful not to put too much pressure on him and write him off if he has a few failures.”

For the consummate professional in Tamim, the impact he can make in Zalmi’s current campaign for an eventual second PSL title is crucial and in that regard his form in the tournament has not been up to his usual standards which is a source of some concern for the Bangladesh player.

“My goal in the tournament has been very simple, which was to score runs for Peshawar Zalmi. Unfortunately, I haven’t had that much success in the games so far but then you never know if I can get a good score to my name before the end of my stint in this year’s PSL. This is the reason I came to play in the PSL and that is the reason I was picked by the franchise. To be honest, regardless of how I perform, if I or anyone in the top-four can put up some big runs for the team then that will go a long way in helping Peshawar Zalmi through this tournament.”

Whilst participating in the PSL has been a major boost for his career in terms of leagues-based cricket, Tamim’s role as a batsman for his country holds a higher priority and he is now looking forward to helping his country defeat some top-level opposition in the upcoming tri-series against India and Sri Lanka, “Peshawar Zalmi team is a confident unit and we have been looked after well by the organisation. We are progressing well in this tournament and I do wish the team all the best and hope they can lift the trophy once again, this time in Karachi. My next challenge is to represent my country in the upcoming tri-series against India and Sri Lanka which promises to be a tough one and I am hoping that I will be able to perform to the best of my abilities in that tournament as well.”