Frustrated at not winning back his Test place, Salman Butt tells Saj Sadiq (for Sky Sports) why inexperience could cost Pakistan dear in the upcoming Test series against England. 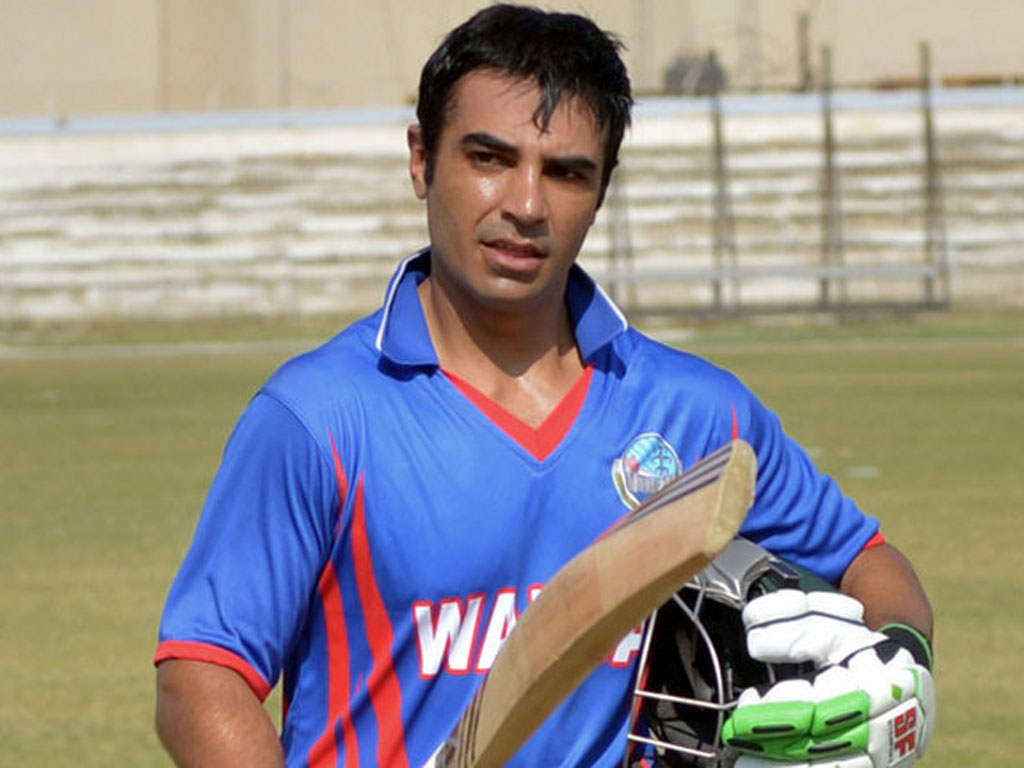 Pakistan's successful tour of England in 2016 will remain etched in the memories of fans and spectators for some very memorable moments which included the now iconic push-up celebrations at the end of the victory at Lord's and the victorious lap around The Oval after Pakistan managed to draw the Test series 2-2.

However, with the retirements of both Misbah-ul-Haq and Younus Khan from international cricket, the Pakistan Test squad of today bears an inexperienced look with new captain Sarfraz Ahmed still learning the ropes and finding out that Test cricket has challenges of its own as his debut series defeat against Sri Lanka in UAE demonstrated last year.

The upcoming two-match Test series against England is a perfect opportunity for Sarfraz to prove his credentials as a robust successor to Misbah's legacy, but the choice of an inexperienced squad for this tour has drawn a lot of criticism from all quarters.

For the former Pakistan captain, Salman Butt, the choice of so many new faces for an important tour such as this represents a tough challenge.

"The squad's inexperience in early-summer English conditions will be a big problem," said Butt. "Especially given that fact that we will be missing the services of Misbah-ul-Haq and Younus Khan.

"Azhar Ali and Asad Shafiq did quite well in the previous visit to England but their performances this time around will need to be a lot better and will be crucial for Pakistan's success."

While the batting exploits of Misbah and Younus were key to Pakistan's success against England in 2016, the role of Yasir Shah was equally important as he provided the support that the visitor's bowling attack needed against some quality English batting.

With Yasir now sidelined by injury, Pakistan will be without a potent weapon when the first of the two Tests begins at Lord's on Thursday - and Butt says that makes England favourites.

"Realistically speaking, given the inexperienced Pakistan side chosen for this series, it would be a good outcome if the visitors can give a reasonable account of themselves and compete as best as they can."

Nevertheless, Butt feels this is an excellent opportunity for some of Pakistan's best domestic performers like Saad Ali to experience international cricket and establish themselves in the Pakistan Test side.

"I am pleased to see Saad Ali being picked for this tour as that is how top domestic performers should be rewarded. Only when someone like Saad Ali is given a chance to play international cricket can we judge his true potential and also, it's a fact that only by playing at the highest level can a talented player get the experience he needs to develop into a top-quality batsman in the future."

The Pakistan Super League has been termed a great success by the Pakistan Cricket Board as it seems to be providing good quality young cricketers for the international side.

However Butt feels that judging Test match suitability on success in a Limited Overs tournament is a flawed strategy.

"There are so many surprises in this part of the world, that this sort of selection didn't really shock me that much," he reflected.

"I feel that there is a trend nowadays to pick One-Day and T20 players for Tests and do a bit of experimentation. However, one must remember that Test cricket is a real test of a player's skills and must be taken seriously. You need experienced Test players in your side which doesn't seem to be the case in the Pakistan side chosen for this tour. All we can do is wish them the best of luck and hope that they all do well, as they will need it."

Whilst there is a debate regarding the possible batting positions which will allow Pakistan to help marshal their rather inexperienced batting order which could consist of the likes of Fakhar Zaman, Imam-ul-Haq, Sami Aslam, Usman Salahuddin and Saad Ali, there is little doubt in Butt's mind of the value of Azhar Ali and Asad Shafiq's wickets if Pakistan are to come out with any positives from the tour.

"There was some discussion about Azhar Ali's batting position as he was tried out as an opening option in the warm-up game against Kent, but the fact is that whichever position he or even Asad Shafiq bat at during the series, England will know that taking the wickets of these two batsmen will be key to exposing the inexperienced Pakistan batting order.

"The value of their wickets cannot be underestimated, and Pakistan will look towards both batsmen to take the fight to England."

While Mohammad Amir, one of the trio of players involved in the fixing scandal which afflicted world cricket in 2010, has now been accepted back into the fold by the establishment and fans, there have been questions asked about why Butt and Mohammad Asif are still being sidelined, despite some good domestic performances. The answer to this question is one that Butt is still trying to make sense of.

"What can one say? I have tried everything in my powers, but this has been the situation for a while now. Of course, I am disappointed at this turn of events and I really don't know the reason or the criteria behind my non-selection for the Pakistan side. Perhaps it's simply a case of the selectors having made up their mind to ignore me.

"For a while now, whilst Mohammad Amir is being selected for international duties, Mohammad Asif and I have been ignored for selection and its come to a point where there isn't much more I can do. Perhaps this is more of a question now for the selectors to answer."

It would be fair to say that Butt still dreams of making a return to international cricket and to be forgiven by his fans and critics. The tour of England in 2018 could have seen the former Pakistan captain donning a Pakistan cap once again as he walked onto the hallowed turf at Lord's this summer, but that was not to be and as Salman explained, he regrets the fact that one more chance for redemption had slipped away for him.

"There is never any point in indulging in what-ifs, but I suppose it would have been great if I had been selected for the Test squad as that would have provided me with an opportunity to not only get back into international cricket but also perform well in England. It could have served as an opportunity for redemption in front of fans and critics in a place where things originally went so horribly wrong for me in 2010."

Ever since the expiry of his five-year ban, there have been many false dawns and many hopes of returning to the Pakistan side offered to him, but the wait goes on, testing his faith to the fullest. "I am trying my best to make sure I remain in contention for a place in the Pakistan side. To this end, I am training hard and putting in the effort and aiming to do well in domestic cricket in the coming season.

"Even Pakistan's Chief Selector, Inzamam-ul-Haq had told me that he expected me to be selected for Pakistan, but I am not sure what is stopping him from doing that. Ultimately, one has to leave these things to the Almighty and hope and pray that I am able to achieve my goal of returning to play for Pakistan once again.