Pakistan survived an almighty scare to beat Test debutants Ireland by five wickets - so how will they fare against England this week? Saj (writing for Sky Sports) casts his eye over the tourists' squad. 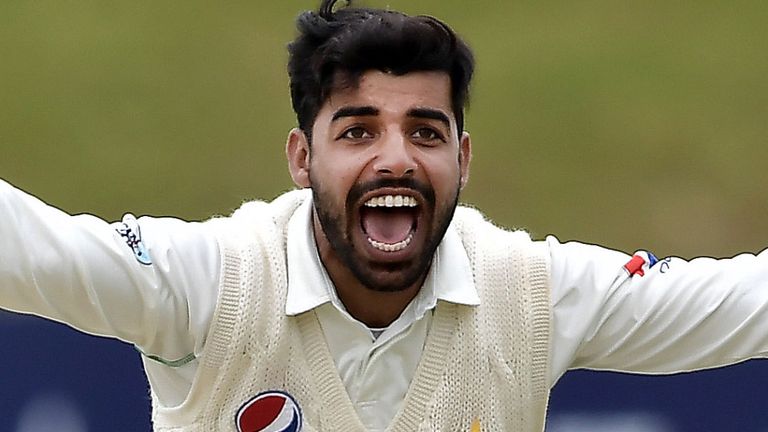 Pakistan have not been very good at the art of succession planning over the years and now once again find themselves in a situation where they are rebuilding their Test team without two of their batting stalwarts and greats - Younus Khan and Misbah-ul-Haq.

When opportunities presented themselves to prepare for the retirements of those two players, the Pakistan think-tank neglected the chances and now they face the prospect of having to throw novices in at the deep end. Worse still, Yasir Shah's hip bone injury was a hammer-blow for a team which has won only two of its last 11 Test matches.

The Pakistan squad selected ahead of the historic Test match against Ireland and two Tests against England contained five players who had never played a Test match. In addition, nine of the 16 players had played five or fewer Test matches.

In Mohammad Amir, though, they have a bowler who can turn a match in the space of a few overs.

While his form has been patchy since returning to international cricket, the seamer remains a bowler who the England batsmen must respect and will be wary of. If conditions are in his favour he could be Pakistan's trump card.

Amir's back-up in the pace bowling department is Mohammad Abbas who has recently been playing at Leicestershire and his style of bowling should be ideal for conditions in England. 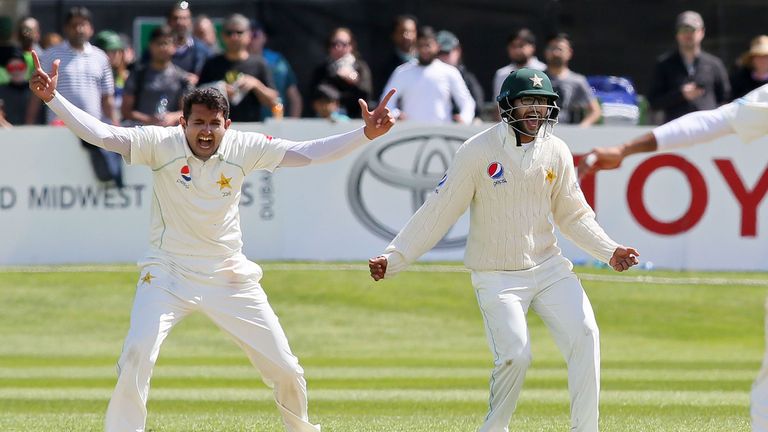 Hasan Ali - who has been a revelation in the shorter formats for Pakistan - provides the X-factor with the ball and is a bowler who can bowl some great wicket-taking deliveries. What's more, he certainly enjoys celebrating wickets in a unique manner.

Faheem Ashraf is the pace-bowling all-rounder in the squad and is another of the young guns who have performed well in Limited-Overs cricket and have subsequently been picked for the five-day format. Faheem is one of the new breed of Pakistani cricketer, a good athlete, right-arm pace bowler, left-handed hard-hitting batsman and more than useful in the field.

Pakistan's spin-bowling resources are, of course, without the charismatic Yasir Shah. His replacement (to the surprise of many) is 19-year-old leg-spinner Shadab Khan who has proved his credentials already in the 20-over and 50-over formats and has all the varieties that a world-class leggie requires.

Another of Pakistan's young, up-and-coming stars, Shadab may find that conditions in England in the early part of the summer result in him facing a tough battle to have a major impact on the series. But, if he's given a chance, Shadab by his very nature is one of those cricketers who will not let anyone down.

And what of Pakistan's batting? Can their batsmen manage to conjure up enough runs for their bowling attack to defend is the question on the lips of most Pakistani cricket followers.

The realistic answer to that question is that the Pakistani batsmen are more than likely to struggle in unfamiliar conditions against a bowling attack led by the seasoned duo of James Anderson and Stuart Broad. Azhar Ali and Asad Shafiq have a huge task ahead of them at Lord's and Headingley if Pakistan are to compete against the hosts.

Azhar and Asad have between them made 120 Test appearances, whilst the rest of Pakistan's Test squad combined have played in 122 Test matches. For years they were seen as the support act for Misbah-ul-Haq and Younus Khan, but now Azhar and Asad find themselves as the prize wickets for the opposition and only time will tell if they can cope with that added pressure. Their temperament is excellent, and their technique is also more than adequate, but all eyes will now firmly be on Azhar and Asad with expectations high, they will look to be the backbone of the Pakistani batting unit.

Sami Aslam was a member of the Test squad which toured England in 2016 and at times impressed with his technique and patience. Two years on, Sami will need to provide stability at the top of the batting order if Pakistan are to compete. Middle-order batsmen Saad Ali and Usman Salahuddin are more than useful batsmen in Asian conditions and have earned an international call-up after excellent domestic performances. They face a baptism of fire in England, though, in conditions that will be totally alien to them, but sometimes the best players succeed when they are least expected to.

An eyebrow or two was raised when the name of the 22-year-old Imam-ul-Haq was listed in the Pakistan Test squad. The fact that Imam is the nephew of the former Pakistan great Inzamam-ul-Haq, who happens to be the Chief Selector, seemed to drown out any real debate on the talent of this left-handed batsman. But if his performance during Pakistan's warm-up game against Kent, where he scored 61 out of the 168 runs scored by the team is any indication, Pakistan have a real reason for hope.

Hard-hitting opener Fakhar Zaman has been a pivotal part of the One-day and Twenty20 squads but whether he has the technique to succeed in Test cricket remains to be seen. Injury-plagued middle-order batsman Haris Sohail has promised a lot during his career and the time has now come for him to deliver. A stylish and elegant stroke-maker, Haris faces a test of his technique and mental strength in England, but as he showed during the Test series against Sri Lanka, he is more than capable of standing up to the challenge.

And so, to the skipper, the Karachi street-fighter Sarfraz Ahmed. The man who led Pakistan to a surprise win last year at the ICC Champions Trophy. Sarfraz was groomed to lead Pakistan right from an early age and led Pakistan to an Under 19 World Cup win. Captaining Pakistan in one format has turned the hair of many a cricketer grey but spare a thought for Sarfraz as he leads Pakistan in all three formats.

Sarfraz's leadership skills have blossomed since he took over as captain and against England he will need to be on top of his game. Pakistan will look to Sarfraz to gel a young and inexperienced group of players and in addition his middle-order runs will be absolutely vital to a batting unit that looks vulnerable.

The Pakistan Test squad of 2018 may lack the big names of previous tours, but they don't lack spirit and the will to succeed. In Mickey Arthur they have a head coach who is a tough taskmaster, who has a no-nonsense approach and who expects 100 per cent from every player at all times.

England will be clear favourites against what many will see as a lightweight Pakistan squad lacking match-winners and proven world-class players, but many an opponent has learnt over the years to never take a win against the Pakistan cricket team for granted.