"I don’t spend my time worrying about any batsman’s reputation" : Shadab Khan

Plucked from relative obscurity when he was picked by the Pakistan Super League side Islamabad United, the now 19-year-old Shadab Khan’s rise from a precocious promising leg-spinner to an established all-rounder in the Pakistan limited overs sides has simply been phenomenal. Seldom has a young cricketer inspired so much interest from fans and confidence from the team management as has Shadab whereby at even this young age, he has already played 17 ODIs and 16 T20Is and has represented his country in two Tests. 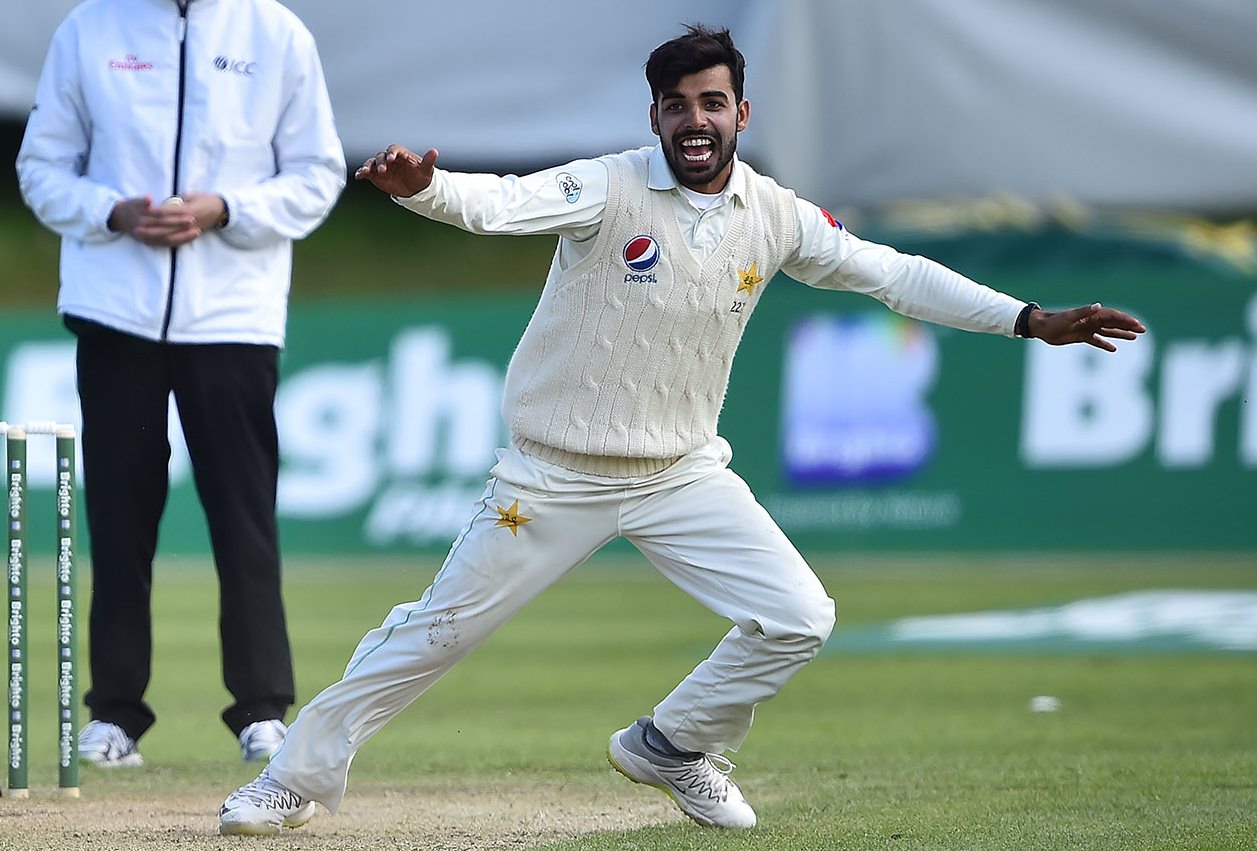 Any other youngster of his age would have been overwhelmed by the rate of his own success but as Shadab explains, he is not at all bothered by any hype around him and is instead looking to focus on improving himself, "It’s been an incredible journey so far. From making my international debut against the West Indies to becoming a member of the Champions Trophy winning squad has been a wonderful experience and all I can do is to thank the almighty for his blessings. I understand that this is just the beginning of my career and I am focused on trying to improve myself every time I play and hopefully the results of that improvement will be visible in the future."

Pakistan’s successful Test series against England in 2016 is remembered for many reasons including the now legendary push-up celebrations by the squad at the end of the Lord’s Test, as well as the majestic double-hundred by Younis Khan at The Oval to level the series 2-2, but leg-spinner Yasir Shah’s telling contribution to the overall result was also an important aspect of that tour. Sadly, due to a hip bone injury, the wily Shah is not part of the current Pakistan squad, much to the relief of Joe Root and his colleagues. In his place, the selectors have chosen to put their trust in Shadab who is keenly aware of the weight of responsibility on his shoulders in Yasir’s absence.

"I know that I have been picked in the squad to replace Yasir Shah and I am aware that I can never match the performances he has put in for Pakistan over the years, but what I can promise is that I will do what it takes to help my side to win on this tour. A lot of work has been done with me on my bowling before we came over to England with Mushtaq Ahmed giving me special advice and now all the coaches including Azhar Mahmood are here to help me to fine-tune my skills for the important task ahead,” Shadab said to Firstpost in an exclusive interview.

It was a matter of pride for Pakistan to be chosen as Ireland’s first Test opponents and to be part of the Pakistan side that played the historic match at Malahide was an honour that Shadab is proud of. Whilst Pakistan won the match on the final day, the game had periods of concern for the largely inexperienced side but that experience, as Shadab explains, will help him prepare for sterner tests later on in his career.

“My participation in the historic Ireland Test was something special and I am very pleased that I got a chance to play in that game. I am also happy that I was able to perform really well in such a memorable game with the bat and the ball. The game had some difficult moments for our team, but we managed to overcome the challenges. We learnt a great deal from that game and hopefully I will be able to repeat similar performances in the upcoming series against England as well."

An excellent 55 runs in Pakistan's first innings at a time when Pakistan were in danger of losing their way against Ireland under tough batting conditions was simply an affirmation of the tremendous talent that Shadab possesses in all facets of the game. It seems that there isn’t anything that he cannot achieve for Pakistan and the young leg-spinner puts it down to his own drive to succeed as he explained, "It’s always been my wish to be counted as an all-rounder and that is the mindset I play each game with. My objective is to offer the best options to the team whether it’s through my batting, bowling or fielding. The idea is always to give 100 percent in every aspect of the game and help my team to win."

With a Test victory against Ireland and some positive results in the warm-up games under their belts, the attention for the tourists now shifts firmly to the upcoming Test series against England. A win in the first Test at Lord’s starting on 24th May could be decisive in this short 2-match series. For Pakistan, their bowling strength is one that they will be counting on to challenge England at home and whilst Mohammad Amir is widely considered the biggest threat for Pakistan, Shadab’s role could also be crucial in the outcome of the Lord’s Test.

For the leg-spinner, the prospect of facing up to the likes of Joe Root and Alastair Cook is an interesting one but as he explained, he will be concentrating on his own bowling rather than worrying about big names in the opposition. "The success of any leg-spinner in English conditions has a lot to do with the weather conditions as they can help or hinder the bowler. There is no doubt that England have good batsmen, but to be honest, I don’t spend my time worrying about any batsman’s reputation. Instead I try and work on developing my own strengths in bowling as only those skills are what will fetch me success when I face any batsman. This is exactly what has brought me success so far and will do so again in the future. In terms of preparation for the upcoming Tests, my focus is to make sure I can bowl to my strengths and am also working on my action as that is an important aspect of my bowling,” he said.

The television images of a smiling, mischievous and relaxed Shadab playing in some high-pressure situations seems to defy logic, but this is the kind of attitude which the young leg-spinner has displayed throughout his nascent career. This is also what Shadab's fans have come to expect from a bowler who is sure to play a key role in the upcoming Test series. How he manages to display a calm demeanour is down to his nature, as he explained.

"I think this kind of calmness is simply in my nature and a gift from the almighty. My focus is always on doing my best for the team and if one is tense then there are more chances of making mistakes which I or the team cannot afford. I know that my fate is controlled by the almighty, so I just get on with it and don’t take too much stress on myself.”

Playing in front of a packed house at Lord’s can easily be regarded as any cricketer’s dream. The Pakistan Test squad may be considered inexperienced and possibly no match for the confident England side, but there is no denying the excitement that each member of the side, including Shadab feels as they look forward to playing at the much-revered venue.

"To have an opportunity to play at the Home of Cricket is simply incredible not just for me but for all of the squad. As for me this will be a great occasion to show my skills to the audience at this fantastic venue and I will try my best to get my name on the Lord’s honours board with some special performances.”

Without the calming influence and guidance of the two legendary retired batsmen Misbah-ul-Haq and Younis Khan, a relatively inexperienced Pakistan side will take on a home side which themselves haven’t had that much success in Tests in recent times. Add to that the absence of the experienced Yasir Shah in the Pakistan line-up and one can begin to understand why many experts are already declaring England as clear favourites. The prospect of facing the likes of James Anderson and Stuart Broad on their home turf may well be a daunting one for Pakistan’s young guns but if Shadab’s confidence is an indicator of the team’s ambitions for this tour, England may well be in for a big surprise.

"The team is united in its aim to win the series and our morale is high. We had a tough game against Ireland in which we had to battle hard, but we were able to win the match after a good fight. As we showed in that game, we have good strength in batting and bowling and we will do our best to emerge as winners in the upcoming series,” he concluded.