"I want my story to be remembered as one of a simple, patriotic man" : Misbah-ul-Haq

Pakistan buried the ghosts of their infamous 2010 tour by drawing 2-2 with England in 2016 under the inspirational leadership of Misbah-ul-Haq. Ahead of this week's series, the former captain reflects on that journey and gives Saj Sadiq his verdict on the current squad… 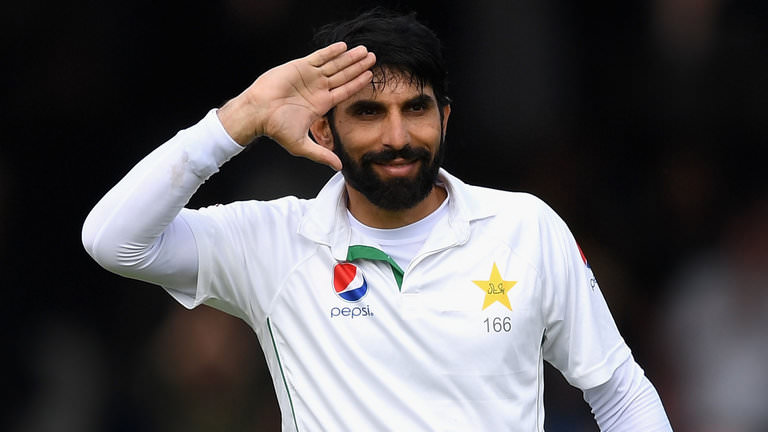 Will part of you wish that you were still leading the team when Pakistan step out at Lord's on Thursday?

"I want my former team-mates to do well and be great ambassadors for Pakistan. They are a young group of players and I really want them to do well and do their country proud.

"They are like my brothers and my own children and I want them to succeed and improve. I will always be there to support them and help them in any way I can, today, tomorrow or in the future."


Does it still seem remarkable that you became Pakistan Test captain in 2010 from almost obscurity?

Misbah: "It was a really sad and difficult time for Pakistan cricket and we needed stability. Looking back, perhaps the Pakistan Cricket Board felt that I could provide that stability for them and the team.

"From being nowhere near the team I was suddenly made captain of the Test team in 2010, but that's the way it goes in Pakistan cricket and these sort of things can only happen in Pakistan."


Are the memories of the 2016 series against England still fresh in your mind?

Misbah: "It was a special series as doing well in it meant that we went to the top of the ICC Test rankings and playing in England was always special for me. Ahead of that series, the preparations went well with the Army training camp and competing against a strong England team and finishing the series 2-2 was satisfying.

"The push-ups and the salute after my century at Lord's became memorable moments and will always be recalled as good times for Pakistan cricket.

"I felt that in that series it was important that Pakistan cricket won the hearts of cricket-lovers in England once again after the events of 2010 and I feel we did that. We left English shores having once again won the trust of English cricket fans as even they were cheering for us in 2016."


How do you rate Pakistan's chances in the upcoming Test series against England?

Misbah: "The Pakistan team has potential but it's a young team and it's not going to be an easy series for Pakistan in the conditions they will encounter in the early stages of the season in England.

"The home team has a very good bowling attack and most importantly it's an experienced bowling unit against a very inexperienced batting line-up. It's a huge challenge for Pakistan but I still believe in them as they have potential and have some very good young players."


Who from the Pakistani batting line-up are you looking to make a name for themselves against England?

Misbah: "It has to be looked at as a big opportunity for all of the Pakistani batsmen. If you can score runs in Test cricket in England at this stage of the season then you can show that you not only have the potential, but you also have the ability to succeed in the tough world of Test cricket.

"I'm looking to Haris Sohail especially as I believe he has the technique to do well in England and the way he plays he has all the skills to become a very good Test player. He has a very good technique against pace bowling and he leaves the ball well which is vital in England. I think he can become one of the main performers in the Pakistan Test team in the short term and also in the future."


Do you think it's a big risk to pick such an inexperienced squad?

Misbah: "It is, but it is one of those situations where a couple of your senior players are no longer around, so you have no option other than to give the youngsters their opportunity to shine. It stands to reason that if there are no experienced players around, then you have to throw in the younger players at the deep end and see how they do.

"You have to go this way, it's the only way when you don't have the luxury of having experienced players in the side. It's more difficult to do this in Test cricket but it's a great chance for the younger players to step up and show what they are capable of and it could be the making of some of these players."

Azhar Ali has been promoted to open the batting in Test cricket. Do you think it's a wise move especially considering he has done so well at number three in the past? Misbah: "I think Pakistan are having to do this because none of the openers are performing consistently well at the moment and since Azhar has been asked to open he has been tremendous. He scored runs in England and also in Australia and other parts of the world and his overall record as an opener is very good and that's why the team management have pushed him up the order to open.

"He's been performing well consistently as an opener and if he goes in and gives the team a good start that should, in theory, make things easier for the rest of the batsmen further down the order."


You are an extremely modest man but honestly speaking, how difficult is the task to replace you and Younus Khan in the Pakistan Test team?

Misbah: "It is difficult. But, it's not a case of a lack of talent, Pakistan cricket has the talent, but experience is vital especially in Test cricket.

"These young players that Pakistan have at the moment will get better with experience, but they need time and patience from the selectors." 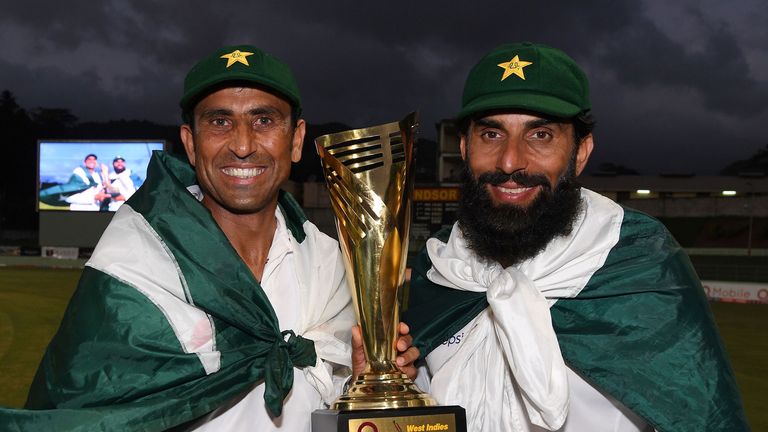 Pakistan stalwarts Younus and Misbah bow out with silverware

Do Azhar Ali and Asad Shafiq have the ability and character to become the backbone of the Pakistan batting, like you and Younus Khan were?

Misbah: "They have to, there is no other option. Azhar Ali, Sarfaraz Ahmed and Asad Shafiq need to lead this young team and lead the batting line-up. They are the most experienced players now and I have high hopes from all three players that they can be the players that the younger players can rely on to lead the way and provide guidance."


Sarfraz Ahmed has the unenviable task of captaining Pakistan in all three formats. How long before his hair will start turning grey?

Misbah: "Thankfully when I was made captain I already had a lot of grey hair so I was ok in that regard! I don't think Sarfraz has a lot to worry about. My advice to him is that if you start getting too tense then things can get difficult for you. What is going to happen will happen and as a captain, you can only control what is in within your remit."


Do you think Sarfraz Ahmed is the right man to lead Pakistan in all three formats?

Misbah: "At the moment there is no other choice. I think people have a problem with his hyperactive behaviour at times, but that is just the nature of some people. He will learn with experience and patience comes with experience.

"He's doing well, Pakistan are No 1 in the twenty-over format, they won the Champions Trophy last year which was a great achievement and in Test cricket once the younger players have gained more experience they will improve and climb the rankings."


You will always be remembered fondly by fans around the world but looking back at your career how do you want fans to remember you?

Misbah: "I want my cricket story to be remembered as one of a simple man, a patriotic man, a middle-class man and an ordinary man who did not have the natural talent of some great cricketers, but always relied on discipline and determination throughout his career."