Writing for Sky Sports, Saj explains how with the likes of Misbah-ul-Haq and Younis Khan now moving onto pastures new, a new generation of role-models and heroes are starting to make a name for themselves. 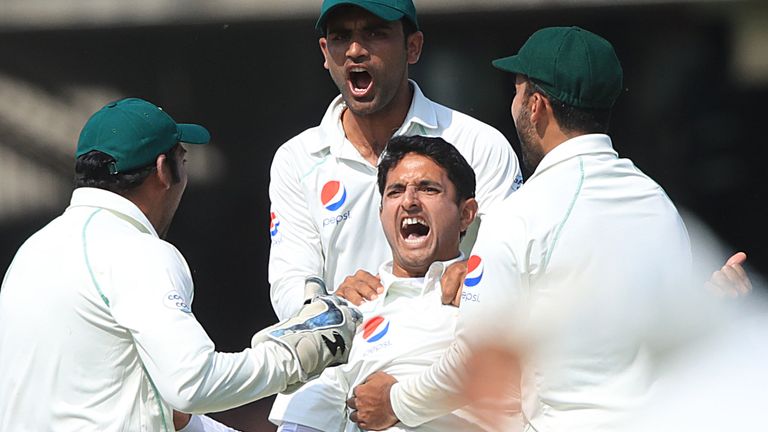 A cursory glance at the history of Pakistan’s tours of England reveals some memorable, and some not so memorable visits, by a team long considered the mavericks of international cricket, writes Saj Sadiq.

To most observers, a Pakistan team arriving on the shores of the United Kingdom signals a period of great interest in which emotions can range from absolute admiration of their cricketing skills to shock and horror at less than intelligent actions by individuals over the years.

The 2018 Test tours of Ireland and England, however, seemed to break the mould when it appeared that the team's newsworthiness hit the roof in Pakistan after the announcement of the 16-member squad, many weeks before they stepped onto the plane bound for London.

"A team made-up of T20 players chosen for a Test series?", was the typical reaction by some experts and former players when it was revealed that five out of the 16 members had yet to feature in a Test match.

The emphasis on what has been labelled by some as Pakistan Cricket Board's cash cow, the Pakistan Super League (PSL), was also being blamed for undue attention being given to players like Shadab Khan and Faheem Ashraf for the Test format.

Add to that the outcry of nepotism over the selection of Imam-ul-Haq, the nephew of Chief Selector Inzamam-ul-Haq and one gets a pretty good idea of the level of chest-beating which ensued after the announcement of this Test squad. 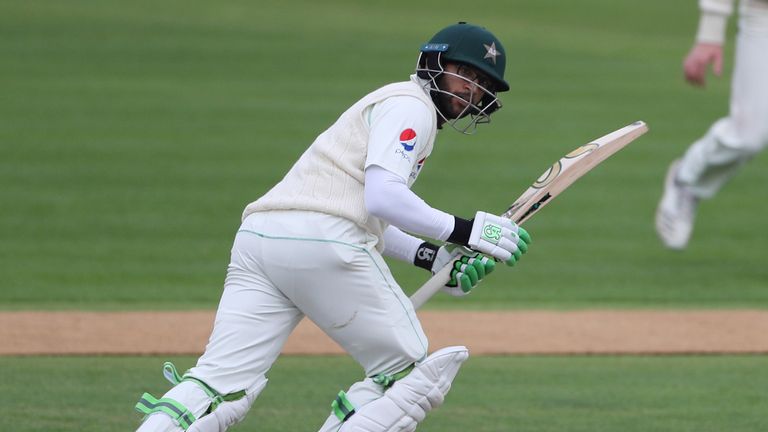 A few fan favourites also found themselves excluded from the squad and Fawad Alam's name, in particular, was mentioned a few thousand times on social media in the hours and days following the squad announcement. Fans in general were unhappy with the selection process and the blame, as it normally does, was directed at Pakistan head coach Mickey Arthur.

Declared the villain of this saga, Arthur was to endure a tongue lashing from almost every other media personality in Pakistan of the type reserved for the worst of the worst.

"How can a man who hasn't played Test cricket be entrusted with our cricket team?" cried one ex-player.

The impression that Pakistan's domestic cricket stars were being ignored at the behest of a foreign coach was rife. The stage, in many minds, was therefore set for a Pakistani humiliation abroad at the hands of Joe Root's team. Public opinion in Karachi, Lahore, Islamabad and across Pakistan was that the outcome of the series had already been decided.

The visitors' near calamitous performance against Ireland did not help matters. To the naysayers the close call in Malahide was an indication of worse to come but to Arthur and his coaching staff, the manner in which the team was fast adapting to alien conditions in early summer in England was an encouraging sign.

Where the critics saw a bunch of players unfit to play Test cricket, Arthur saw a team of supremely talented individuals with flare who needed encouragement and space to express themselves.

For the vocal and passionate Pakistan fans, the tours of England in the past had always been special due to the varying emotions that they brought to the fore. The feeling of defeating England on their home turf had a special meaning, with the intensity of emotions second only to that felt whenever any matches with arch-rivals India were played.

The thought that a Pakistan Test team could return home after being humiliated was a tough one to absorb and one which could easily explain why the fans and media back home were up in arms about the composition of the squad.

So, Pakistan's fate in the two-match Test series was pre-ordained according to some but for Sarfaraz Ahmed, his team-mates and their dedicated coaching staff, this was an opportunity to show the world what they were made of. 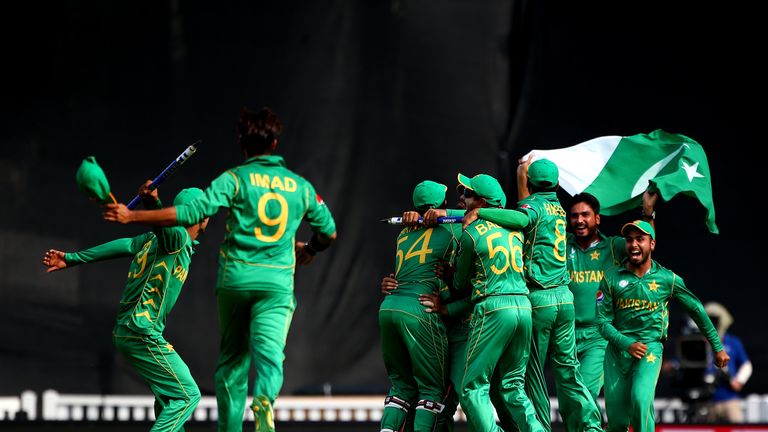 They had experienced this before during the summer of 2017 when the pundits classed them as no-hopers and afforded them little chance of moving past the initial stages of the Champions Trophy. The stakes were high for the largely inexperienced squad and what transpired at Lord's silenced their critics and could easily be the catalyst for a sea-change in the whole philosophy of selection for Test sides in future.

The notion that experienced players were the only ones who deserved a seat on the table was blown away with performances from the likes of Haris Sohail, Mohammad Abbas, Hasan Ali, Shadab Khan and Faheem Ashraf.

Inzamam-ul-Haq and his co-selectors had reinvented the wheel when it came to selection for the tour of Ireland and England, by picking in-form players, irrespective of their levels of experience. It was a bold and risky move, but one that at the moment seems to have worked.

The PCB in recent times had received a lot of flak for its apparent preference of the PSL Twenty20 tournament over Pakistan's domestic game. To the surprise of many then, it was the much-maligned and supposedly neglected domestic game in Pakistan which produced the likes of Mohammad Abbas, Hasan Ali, Shadab Khan, Faheem Ashraf and Imam-ul-Haq.

It would also appear that PCB's policy of using challenging pitches with varying degrees of ease for batsmen and bowlers was not so bad after all and are now paying dividends as is the use of the Dukes ball if one were to look at the result of the Lord's Test.

Back home in Pakistan, fans who were looking at the Test series against England out of the corner of their eye are now buoyed, jubilant and optimistic at what could be a shock series win for Pakistan. Concerned looks and frowns have been replaced by smiles and anticipation and excitement. The reaction in Pakistan to the Lord's win has been one of surprise and joy, together with a fair degree of munching on humble-pie.

While the likes of former greats and heroes Misbah-ul-Haq and Younis Khan now moving onto pastures new, a new generation of role-models and heroes are starting to make a name for themselves.

The likes of Hasan Ali is fast becoming a fan's favourite amongst Pakistanis due to his passion for cricket and his wicket-taking celebrations. Mohammad Amir has emerged from the dark shadows of the past and has won-over the fans and critics again, with children across Pakistan dreaming of being the next Amir. 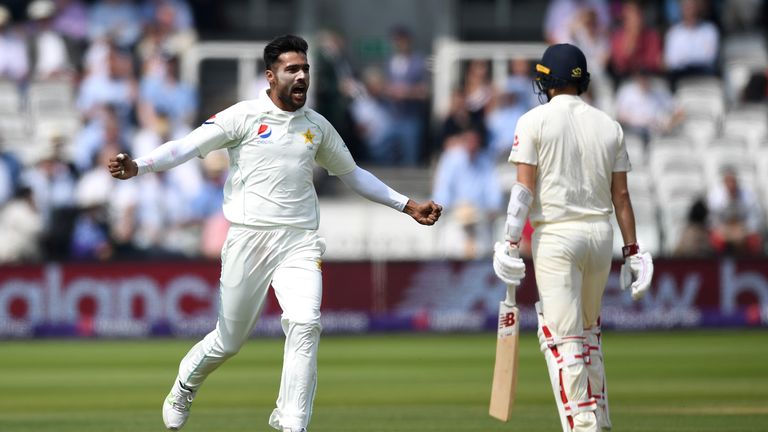 Cricket has a special place in the hearts of Pakistanis and that passion for this great sport still burns brightly today. One way or another, whether it's by sophisticated coaching methods, by talent scouts, by cricketers being spotted in local matches in the park, or by cricketers emerging from remote areas of Pakistan, the sport is alive and kicking in Pakistan.

A further stern test of skills lies ahead in the second Test at Headingley, but regardless of the result of the final Test, what this Pakistan side has assured is that they will leave the shores of the United Kingdom as an unbeaten side.

The effects for future generations of Pakistan cricketers, many of whom would now be looking at this side for inspiration will be incalculable.

When Misbah and Younis retired, there were pronouncements of dark times ahead, but as the Pakistan players have shown, the future is bright, the future is green and one that all fans and supporters look forward to with renewed hope.