Goodbye, and thank you Shahid Afridi

In his latest article for FirstPost, Saj explains why leading the ICC World XI at Lord's was a befitting way for the Pakistan legend to bow out of international cricket. 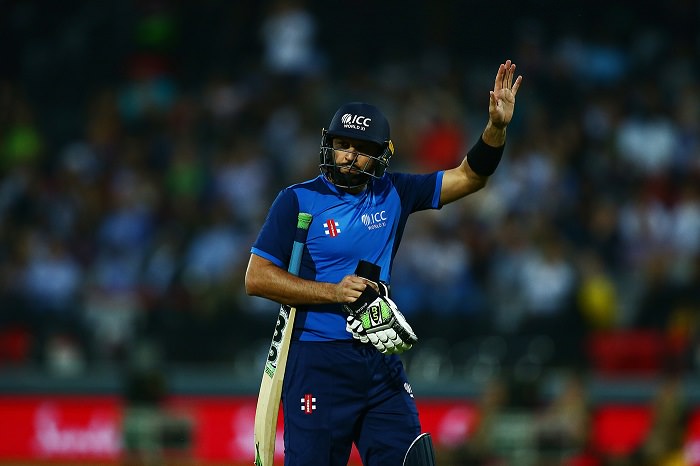 The history of Pakistan cricket has witnessed the emergence of many figures who have enjoyed cult following amongst its millions of supporters around the world. Whilst it was universally accepted that Imran Khan, by dint of his charisma and ability to lead the team through tough situations, has led the field when it comes to fan-following, Shahid Afridi’s status as someone who holds a special place in many Pakistani hearts is unquestionable as well.

Thrust into the limelight at an early age when he became the fastest ODI centurion in a match against Sri Lanka in Kenya, where he scored 100 off just 37 balls, the his name was to become a byword for what many believed was pure aggression and which to some appeared to be an example of reckless enthusiasm. Regardless of how one viewed any Afridi innings, the result was always pure entertainment for millions of his fans and admirers, worldwide.

His trademark wicket celebration was imitated by many but in the hearts of his fans, there was only one Shahid Afridi. When the well-known former Indian player and television commentator Ravi Shastri first coined the term ‘Boom Boom’ to describe the explosive style of Afridi’s batting and general approach to cricket, the Pathan from Karachi probably did not have an idea of how this name would stick to the Pakistan all-rounder for the rest of his playing career and beyond.

There was no target big enough and no batsman bold enough to challenge Afridi in full flow. Like the troops in the Charge of the Light Brigade, Afridi’s objective seemed to be to charge head-long towards danger without fear of consequences. When he finally returned to the pavilion at Lord’s where he represented the ICC World XI against a West Indies side, his international record read 524 games in which he scored a massive 11,196 runs and took 541 wickets. All of these figures were attained during some memorable games; each one of which left the fans breathless or holding their heads in exasperation, but each performance left them asking for more from the master-entertainer.

He may have been burdened by injuries and a drop in form towards the end of his international career, but like an ageing warrior egging himself on for that final moment of glory, Afridi donned his national colours as long as possible. He played his last international game for Pakistan in the ICC World T20 in 2016, but his love-affair for cricket did not die as he continued to take part in Twenty20 leagues around the globe.

For a player of his stature it was indeed frustrating for him that the Pakistan Cricket Board (PCB) could not offer a final goodbye match in front of his many fans. In fact, the closest he got to a farewell was a lap around the stadium in Lahore during the World XI’s visit to Pakistan in 2017 and a cash award which he promptly asked to be donated to charity.

It was therefore befitting for a cricketer of his quality that he was given an opportunity by the ICC for what would be his final bow in front of international audiences when he was asked to captain the World XI team in their game against the Windies at Lord’s. This was the type of farewell that Afridi had hinted at towards his own board but failed to receive. The world of cricket was finally given an opportunity of acknowledging his immense services to the game.

Harangued by a knee injury and having not played any cricket since March, when he last represented the Karachi Kings franchise in the PSL, Afridi pushed himself through the pain barrier one last time for a good cause after the World XI head coach Andy Flower convinced him to take on the reins of the team.

The end of Afridi’s entertaining career could have been more spectacular had he reached the target of 100 T20I wickets but it was not to be as he ended with 98 international wickets in the twenty-over format. Boom Boom also failed to light up the London skies with those booming sixes that many of his die-hard supporters had come to watch, more in hope than in any real conviction. As he commented during the match, his body was no longer fit and able to take the strain of international cricket but the sheer power of his will to entertain and do good brought him to London.

In the final analysis, the abiding memory of Afridi’s last international appearance was about his wicket, the guard of honour he received and his trademark celebration. He will be missed by the millions who adored his every move on the field and he leaves a unique legacy in Pakistan cricket of an entertainer whose brand of cricket appealed to most and frustrated many.

Goodbye, and thank you Shahid Afridi.