If the superb showing at Harare is an indication of the new ruthless drive to be the best, Pakistan cricket’s future looks as bright as ever in T20Is, writes Saj for FirstPost. 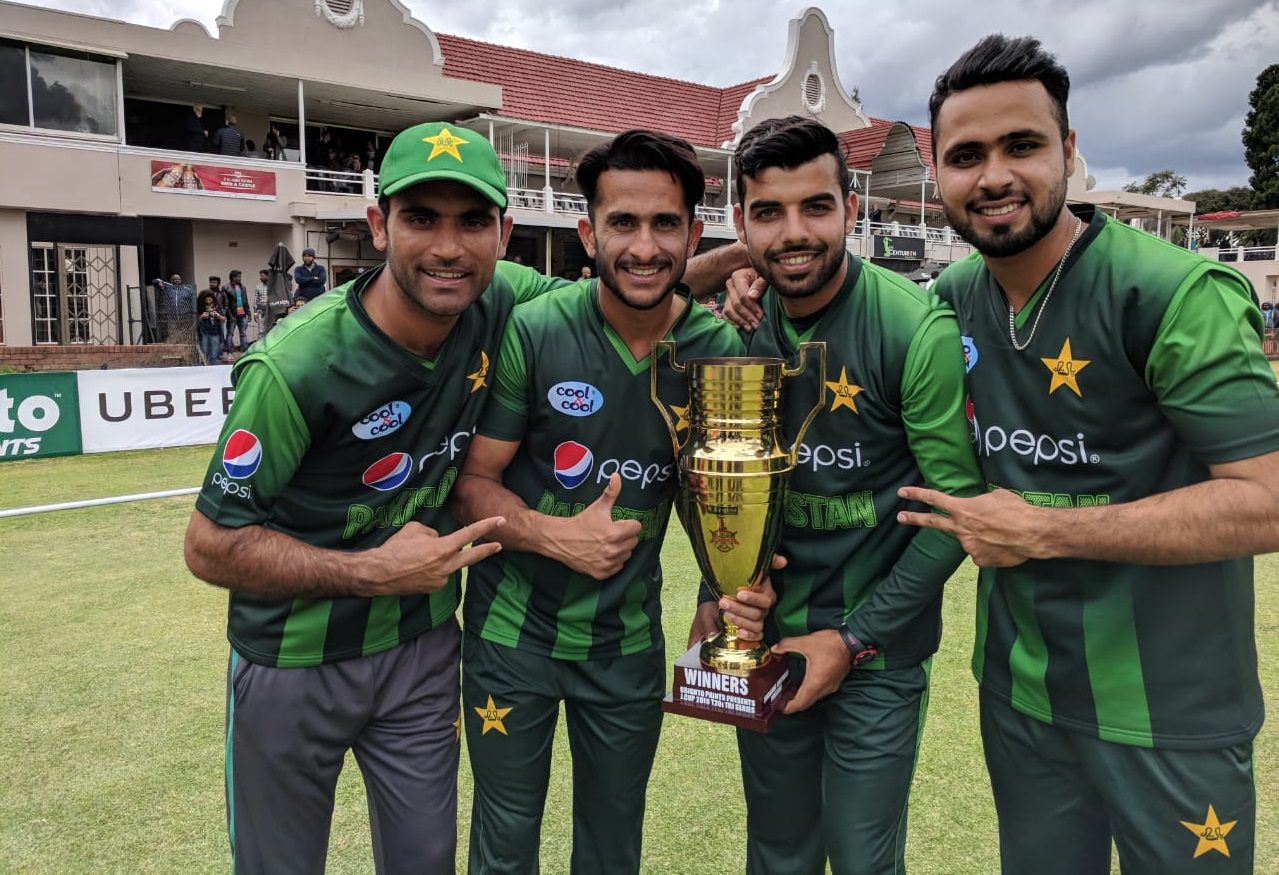 If one were to ask for a perfect recipe for making the world’s number one-ranked T20I team, the ingredients would revolve around a combination of a young side which has no fear of failure, a perfect blend of youth and experience, a leader who will not take 'no' for an answer from his wards when it comes to putting in their best and a head coach who is not shy of setting standards that are the envy of other sides around the world.

What the world of cricket saw recently in the winner of a triangular series involving hosts Zimbabwe, Australia and Pakistan was a side which continues to astound observers with their astonishing abilities to reach newer heights with every passing game.

The success that Sarfaraz Ahmed’s T20I side continues to achieve as they strengthen their number one standing in the shortest format of the game is no fluke. There may appear to be more madness than method when it comes to the selection of Pakistan’s T20I squads, but the results that this side is producing on a consistent basis is no stroke of luck in a format which is notorious for producing freak results.

To continue to win at a rate which puzzles many who have seen Pakistan cricket self-destruct in the past is an achievement in itself. But, when the record reads nine consecutive T20I series wins for a side in which consistency was an alien term, it is simply a tribute to the hard work of the players and the management of the Pakistan T20I side.

Consider the manner in which the Pakistan side, stung by their nine-wicket loss to Australia in the initial stages of the tri-series, responded to the challenge and one can see what makes them so special. A much lesser side would have possibly panicked and gone into their shell, but Sarfaraz’s men took that defeat as simply an indication that they needed to step up their game a notch or two.

And step up they did, but then they do have some special talent at their disposal, without which the best-coached and captained teams of the world cannot deliver when it's needed most.

The response to the initial defeat to Australia was to introduce into the fray a young fast-bowler in the shape of Shaheen Shah Afridi, who had earlier been praised by India Under-19 Coach and batting great Rahul Dravid. A batting line-up which featured a batsman like Aaron Finch, who had just blasted the Zimbabwean attack to all corners of the ground as he went about collecting the highest individual T20I score of 172, was not one against whom one would experiment with their youngest bowler. But such is the confidence in this Pakistan side, the never-say-die attitude inculcated by head coach Arthur and captain Sarfaraz, that Australia's batting success in the previous game against Zimbabwe was taken as a challenge to be met head-on.

The three wickets that the 18-year-old Afridi achieved in his four overs wowed many an observer as he ripped apart the very core of the Australian batting strength with deliveries that looked years beyond the capabilities of those young shoulders. The bowling performance by Pakistan in that 45-run victory was headlined by Afridi’s fast-bowling excellence, but the likes of Shadab Khan and Faheem Ashraf were not too far behind in terms of the variations they provide to this Pakistani bowling attack.

But there was another star performer in the shape of Fakhar Zaman. The opener, who rose to fame with that iconic century in the Champions Trophy final against India in the English summer of 2017, continued to impress one and all with his fine ability to take on the Australian and Zimbabwean attacks with zeal that would have made Saeed Anwar proud.

When the final ball of the tri-series was bowled, Fakhar had scored the most runs, 278, in a T20I series for Pakistan with scores of 61 off 40 balls, 6 off 11, 47 off 38, 73 off 42 and 91 off 45 balls — the last of which is his highest T20 score, a performance that he saved for the final against Australia. A former Navy man, Fakhar is an incredibly unassuming talent who has not stopped performing for his country since being given a chance in the Champions Trophy. He is truly a gift that keeps on giving and is a source of inspiration for many a young batsman of humble background around Pakistan.

It is said that the exuberance of youth is what makes teams special. Whilst the Pakistan fielding may have shown some worrying signs of regressing to its mediocre past, the manner in which some of the younger players can field and lift their side is mind boggling too. Witness the superb catch by Shadab to dismiss a very dangerous looking Alex Carey in the final, and the delight that youth can bring to this side becomes more evident.

Whilst the young guns continue to inspire their team to greater heights, one cannot underestimate the calming influence that the likes of veterans such as Shoaib Malik bring to the fold. With the decline in the fortunes of Mohammad Hafeez, Pakistan are increasingly looking towards Malik to provide the stability under tricky conditions which saw them complete their run chase of 184 in the final, where at one point it appeared that Australia would embarrass the top-ranked team.

If there is ever proof needed of what a blend of youth and experience can do for a team, one should look no further than the match-winning 107-run partnership in the final which was fashioned by Zaman and Malik.

For this, apart from the players themselves, the selectors and the chief selector Inzamam-ul-Haq must all be congratulated. Along with head coach Arthur, whose insistence for his side to play a new brand of cricket where fitness and performance go hand-in-hand, Inzamam has created the environment necessary for Pakistan to produce winning performances on a regular basis. If the superb showing in this recently concluded tri-series is an indication of the new ruthless drive to be the best, Pakistan cricket’s future looks as bright as ever in the shortest format.