"This will be India's time to win in England" : Wasim Jaffer

With top quality batsmen lead by the likes of captain Virat Kohli, an Indian victory could well happen but as the former Indian batsman, Wasim Jaffer explained in an exclusive interview with PakPassion.net, there will be a need for an all-round effort if India are to gain the upper-hand in the upcoming Test series. 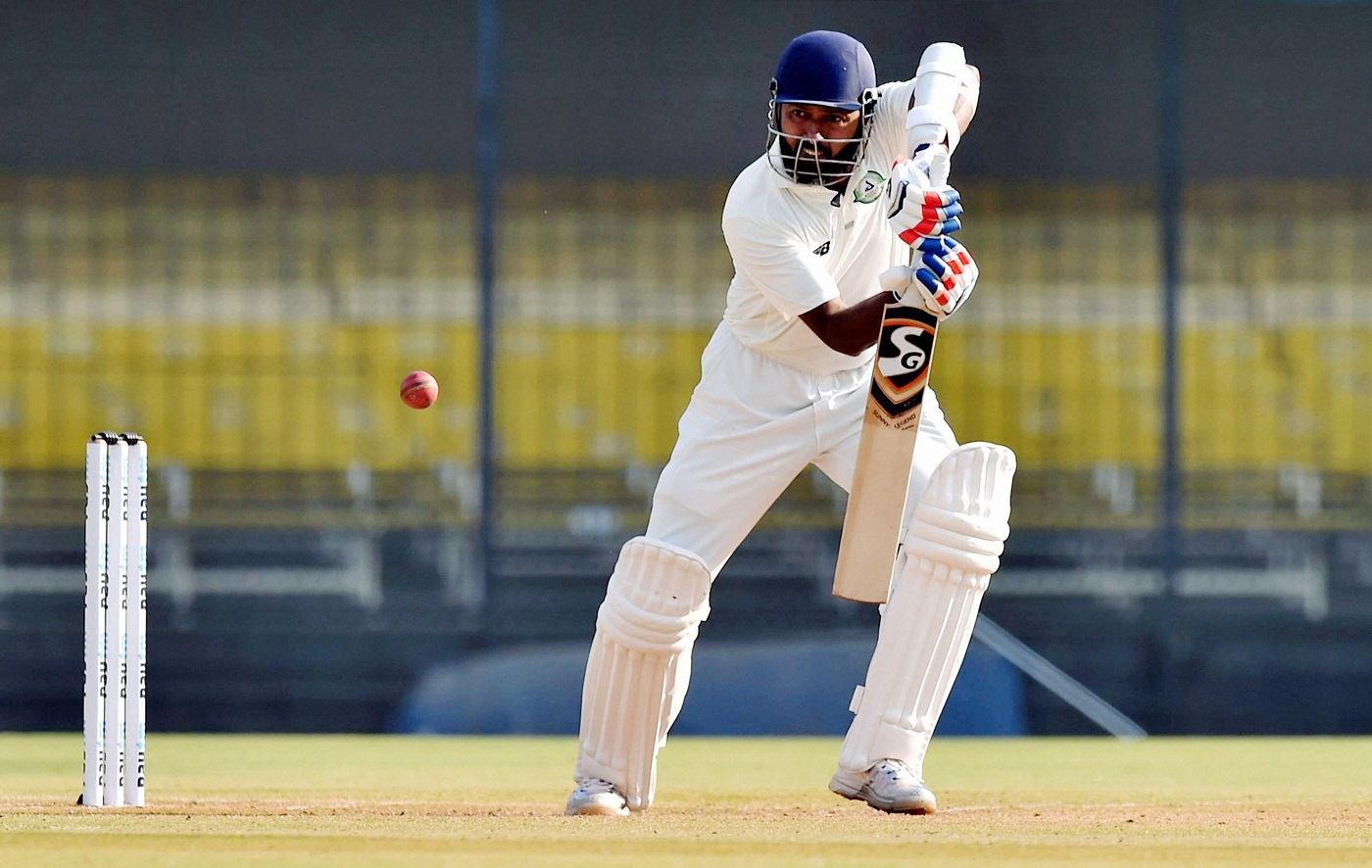 The summer of cricket in England is about to move to an interesting phase as England and India lock horns in a 5-match Test series. India’s status as ICC’s number one ranked Test side is assured regardless of the outcome of this series but England, currently ranked 5th, will have a great chance to improve their ranking if they can get a positive result from this series.

As always, the consensus of opinion points to an England victory due to home advantage but India’s supreme form with the bat and ball which has seen them succeed in many other trying conditions will also allow them to challenge the hosts. With top quality batsmen lead by the likes of captain Virat Kohli, an Indian victory could well happen but as the former Indian batsman, Wasim Jaffer explained in an exclusive interview with PakPassion.net, there will be a need for an all-round effort if India are to gain the upper-hand in the upcoming Test series.

“To win a Test match, you need most of the team to perform well and India cannot just afford to rely on one or two players to bail them out against England. In addition, for India to be successful in the Test series they have to play well over a period of 5 days across each Test match rather than hoping that good performances in one or two days of each Test match will be enough to see them home.”

Whilst the class that a squad that boasts the likes of Virat Kohli, Shikhar Dhawan, Lokesh Rahul, Ajinkya Rahane, Ravichandran Ashwin, Ravindra Jadeja, Ishant Sharma and Mohammed Shami can be a handful for any opposition in the Test format, India’s unenviable away Test record against England which reads as just 6 wins and 30 losses, does not look pretty. For Wasim Jaffer, who himself scored 5 Test hundreds in 31 Tests that he played for India, the talented and supremely skilled visitors should use their side’s past failures in England to propel themselves to newer heights.

“India's previous record in Tests in England should be a spur for the current crop of players to do better than many of their predecessors. I believe that this current Indian squad has a very good chance because they are a well-rounded side with good seamers, very good spinners and a very strong batting unit that has played in England before. They are an experienced bunch of players and the prevailing weather conditions should also suit India especially if it continues to be hot and dry.”

As is usually the case, the ICC’s number 2 ranked Test batsman Virat Kohli’s progress in the upcoming series will be a matter of intense scrutiny and discussion when England take on India in the first Test at Edgbaston. With 5554 runs to his name in just 66 Tests, the India captain is more than likely to play a pivotal role in India’s Test campaign this summer. In Wasim Jaffer’s view, this will be yet another opportunity for the India captain to showcase his skills in varying conditions around the world as he remarked, “Virat Kohli will be looking to this Test series to prove to himself and his critics that he can score runs in Test cricket in England. As one of the world's best players he will want to tick the box of having performed well in Test match cricket in England and this series is a great opportunity for him to do this. I'm sure Virat will be looking forward to the series and he will be very keen to score heavily against England.”

Virat Kohli’s reputation as one the toughest performers on the international scene appears to sometimes give the impression that India are over-reliant on his abilities. To Wasim Jaffer, apart from Kohli, the rest of the Indian line-up will need to up their game to help in posting big scores which could ultimately lead to a series victory for India.

“There shouldn't be an over-reliance on Virat Kohli though and this is where the support from his team-mates is important. Everyone in the team has a role to play and I think it's particularly important that the openers give India a good start. If India is to win the series, then they need good starts from the opening batsmen and they need to look at totals of 400 to 450 consistently and once you do that then I think India has the bowling to put England under pressure.”

The absence of Bhuvneshwar Kumar in the India Test squad, after the fast-bowler was excluded due to a lower back condition which was aggravated during the ODI series, is widely expected to cause some setback to India’s chances in the Test series. With 63 wickets in 21 Tests, Kumar could have been a source of concern for England batsmen in local conditions but as Wasim Jaffer explained, the replacements chosen for this task are more than capable of holding their own, “Unfortunately India will miss Bhuvneshwar Kumar as he has the ability to swing the ball and bowl that length that troubles batsmen and he would have been ideal in English conditions. However, the likes of Umesh Yadav and Ishant Sharma are two experienced bowlers who will be backed up by Hardik Pandya whilst the Indian spinners are also formidable, so all in all I think India has come to England with a well-rounded and well-balanced bowling attack.”

Whilst the formats may be different, the fact remains that on an important away tour like the current one, India would have been in a much better place if they had won the ODI series but that wasn’t the case. A 2-1 victory in the ODI series for England seems to have given momentum to the home side which they could easily translate into a Test series win and this is something that was of concern to Wasim Jaffer.

“I thought India were going to win the One-Day series, but England deserve credit for the smart cricket they played. In the last 2 matches, England and Eoin Morgan made some very good and correct decisions regarding what to do when they won the toss. India can actually learn from the smart cricket England played in the One-Day Internationals and use that in the Test series and ensure they pick the right team for the right venue depending on the local conditions. It's all about momentum and England will be a tough side to beat.”

Adil Rashid’s call-up for national Test duties against India has been the subject of controversy since the spin-bowler had announced he had given up red-ball cricket for his county Yorkshire and to many, this represented an undermining of the County system as it showed that a player could be selected for Tests without playing domestic cricket. Such arguments hold little water for Jaffer who fully supports the inclusion of Rashid.

“I think the decision to select Adil Rashid for the Test squad was not a surprise especially after the way he has bowled this summer. He's been bowling really well, and he looked in good rhythm in the Twenty20 matches against India and the ball was coming out of his hand nicely. He will play a very important role in the series and I always feel that leg-spinners are the ones who can get you key wickets. His inclusion in the squad will be crucial as the conditions point to surfaces that will take spin during the Test series.”

The touring India side have a huge task at their hands as they look to take on a very confident England team on their home-turf. To many, the world’s top Test side is equipped with the right combination to defeat England in this series and with a determined captain like Virat Kohli at the helm of affairs, chances of victory appear even higher. Wasim Jaffer who represented India in Tests in 2002 and 2007 on tours of England, agreed with this assessment and felt that England, despite having home-advantage, will find it difficult to arrest the momentum if India make a good start in the Test series, “This is the time for India to win a Test series in England. When they last toured England in 2014, I thought they had the squad to defeat England and they were 1-0 up in the series but then lost momentum and England fought back well. But this time around I feel age is catching up with Stuart Broad and James Anderson and if India don't give wickets to those two then I think England will find it hard to get 20 Indian wickets. It's a long series of 5 matches and it's crucial that you get off to a good start, but I feel this will be India's time to win in England,” he concluded.