The Pakistan seamer got an opportunity to play for Leicestershire that he accepted with open arms, as he explained in an exclusive interview. 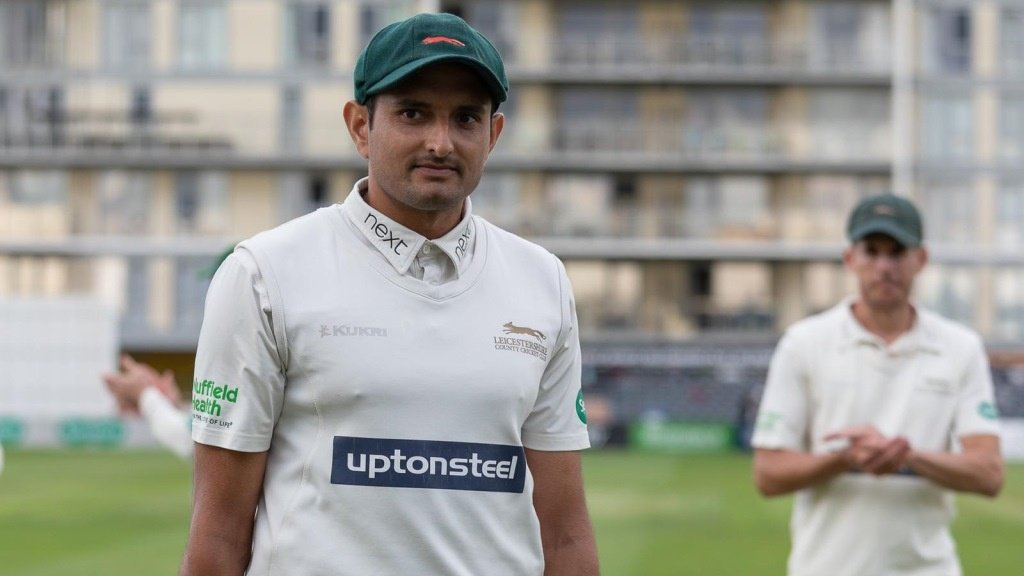 Pakistan’s visit to Ireland and England earlier this year with a largely inexperienced squad was considered by many observers to be one that was doomed to end in abject failure. However, the results of the three Tests which Pakistan played put paid to many of the naysayers and possibly put into perspective the struggles of the much-vaunted Indian side that was recently defeated by a 4-1 margin by England.

One of the key performers for the visitors on this tour was the 28-year-old Mohammad Abbas who put in some sterling performances during the Test series and ended up as the highest wicket-taker with 19 wickets to his name. It was perhaps a recognition of his skills that convinced the Pakistan team management to send him to England ahead of the series to acclimatise by playing for Leicestershire. This was an opportunity that the pace bowler accepted with open arms, as he explained in an exclusive interview with PakPassion.net.

“The stint with Leicestershire has been a very fruitful experience especially if you consider the fact that I arrived here before Pakistan’s Test series against Ireland and England and that helped me a lot in adjusting to local conditions and which helped me to perform well for Pakistan. For that I am very thankful to the Pakistan team management, the PCB and Wasim Khan who is the CEO of Leicestershire County Cricket Club who considered me suitable enough to play for the County.”

For many Pakistani cricketers such as Imran Khan, Javed Miandad, Majid Khan, Wasim Akram and Waqar Younis, time spent playing County cricket has been an essential part of their development as players. For Abbas, to have a chance to represent a County side so early in his international career has been a great opportunity to hone his skills and something which he has used for his benefit, “I am very fortunate that after playing only 5 Test matches, I could get a contract in a quality County side. I feel I have done well this season and this is very satisfying for me as this is not an easy level of cricket to play and succeed in. Even the players batting at the 9 and 10 positions in County cricket are good batsmen with very solid defensive techniques, so you have to work very hard to take wickets in such an environment. Whilst every fast-bowler would love to bowl in English conditions, the fact is that this is not so easy a task to succeed in England without the right skills. A few of the grounds there have slopes and it takes time to adjust but it is a great learning experience. This learning I intend to use to improve myself and also to use in my career as an international player going forward.”

A very important aspect of playing County cricket is the wide variety of players one comes across. This can range from talented cricketers at the start of their careers to battle-hardened campaigners and as Abbas described, the experience of playing against such players is invaluable and something he can use for his own benefit in the future.

“One of my aims behind playing for an English County side was to improve on my past domestic and international level performances and for that reason playing alongside some good bowlers in County cricket has been a very useful experience. In the recent County Championship game against Sussex, I played against Jofra Archer and Chris Jordan which was a good experience. Then, I have also had chats with some County coaches such as Allan Donald and Jason Gillespie to get some advice on how I should adjust my game and where fine-tuning is required to perform better. In our recent game against Warwickshire, I had the chance to play against and observe the likes of Ian Bell, Jonathan Trott, Chris Woakes and Jeetan Patel. All this helps me to understand how they go about their game, their preparation and hopefully I can put some of this learning to practice soon.”

Playing in Division 2 of the County Championship, Leicestershire have been struggling for the past few years to make an impression. Mohammad Abbas’s inclusion in the line-up this year was expected to have an impact on the fortunes of the club and it seems that the assessment was not too far off the mark, as the fast-bowler explained.

“If you look at the past record for Leicestershire, they have struggled a lot in the County Championship in recent times. However, this year the story is different and for that one must give credit to our Head Coach Paul Nixon who has worked tremendously hard to improve the team’s fortunes. As far as results this year go, we have won four games so far in total which is a vast improvement to our performances in the past few seasons. We had some close calls and some unfortunate failures in the games we lost this year including the one against Durham where we failed to chase a low target of 148 and against Middlesex where we allowed them to score 381 to win against us. On a personal note, I am very happy that I had a role to play in Leicestershire’s success this year by taking wickets on a consistent basis.”

Pakistan’s next major international assignment will be against Australia in the UAE which will represent a different challenge for the talented Abbas who, as he explained, will be ready and willing to take on this challenge, “every series has its own importance and the upcoming series against Australia will be a very tough one due to the hot weather conditions in the UAE. In terms of preparations, I played 3 Tests this summer in the United Kingdom as well as quite a few first-class games for Leicestershire and I am fully fit for the next international assignments for Pakistan. I have been bowling long and short spells and also doing gym work with trainers and hope that I will perform well for my country in the future.”

Whilst Abbas has come close to becoming a sure-fire selection for the Pakistan Test side, he is yet to represent his country in any of the shorter formats of the game. This is one aspect of his career that Abbas hopes will also see some development given his experience at Leicestershire this summer.

“At the moment, Test cricket has been my main focus as far as my international career is concerned, but, I had a chance to play 9 T20 games for Leicestershire this season and that was a good experience as I took 7 wickets. I now have experience of playing in foreign conditions and am working hard and I will be ready to help out whenever Pakistan needs my services to play in the shorter formats of the game.”

The hype around the ongoing Asia Cup, as is always the case, is firmly centred around the iconic India-Pakistan rivalry which could see both teams play each other on possibly three occasions during the tournament. Mohammad Abbas is excited about the upcoming competition and is rooting for his nation to emerge as victors.

“India-Pakistan games are special occasions and of course I am very excited about their encounters in the Asia Cup. It is only natural for me to hope for a Pakistan victory. I do wish my countrymen the best of luck for their matches against India and hope they win the Asia Cup.”

James Anderson recently broke Glenn McGrath’s record to become the highest wicket-taking fast bowler in Test history. His success is obviously a great moment for the player himself and his many fans but to Mohammad Abbas, an avid fan of the England bowler, the achievement means something special for the fast-bowling community, “James Anderson is one of my favourite bowlers, he's one of my bowling heroes and he is someone I respect immensely. I feel that him breaking Glenn McGrath’s record is great news for fast-bowlers and the fact that he has played 143 Tests is proof of his hard work and stature in world cricket. When I asked him for his advice after the Lord’s Test earlier this summer, he gave me some tips on bowling but then also said I don't think you need my advice mate, as you are bowling so well and have just taken 8 wickets in a Test match at Lord's and helped your country to a win. To me, this is a mark of Anderson’s humility and that is also what makes him such a great bowler and someone I admire,” he concluded.