"Confident we have the batsmen who can handle any threat from Australia" : Asad Shafiq

Pakistan batsman spoke about the responsibility on his shoulders and the challenges that lie ahead in the upcoming two-match Test series against Australia. 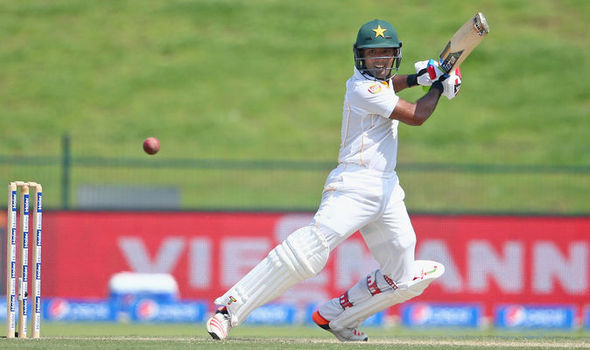 The year 2018 has been a steady one for Pakistan’s fortunes in Test cricket. Granted that they have only played 3 Tests this year, it is the comparison with the latter part of 2017 where they were whitewashed by Sri Lanka in the UAE which probably puts a smile on the faces of Sarfaraz Ahmed and Mickey Arthur. But, as they would be the first to admit, tougher and bigger challenges lie ahead with some very testing series against the likes of Australia, New Zealand and South Africa.

Pakistan’s next Test assignment is against Australia in the UAE where they will lock horns with Tim Paine’s side in a short 2-match series, starting on the 7th of October in Dubai. The unfortunate events that transpired during Australia’s tour of South Africa have resulted in two of their main players, Steve Smith and David Warner, to be excluded from the touring party. However, despite the absence of some key personnel, there is enough talent in the visiting Australia side which Pakistan will only underestimate at their peril.

Whilst the home-side's bowling resources are well served by the likes of Yasir Shah, Shadab Khan and Wahab Riaz, the eyes of the cricket world will be focused on how the Pakistan batting line-up will cope with the firepower on offer from Australia. One of the mainstays of Pakistan's batting is the 32-year-old Asad Shafiq who along with Azhar Ali and Babar Azam will look to blunt the opposition bowlers and provide the sort of platform that the bowlers can use to their advantage in the upcoming series.

The departure of two of Pakistan’s veterans, Misbah-ul-Haq and Younis Khan, seemed to have left a vacuum which the likes of Asad Shafiq are expected to fill. This sort of expectation can cause unnecessary pressure but as Asad Shafiq explained, he and his colleagues will take that as a challenge to meet head on.

“Of course, Misbah-ul-Haq and Younis Khan were legendary players and served the nation for many years and it is true that it will not be easy for any other player to match their performances for the team. As far as the upcoming Test series is concerned, I don’t think Azhar and I will be under any pressure, but we do recognise that we have an added responsibility on our shoulders. It will be up to us to put into practice all that we have learnt from the two great players and help Pakistan in this series.”

Test cricket may have its charm but it's no secret that the shorter forms of cricket are currently considered very popular around the world. The recently concluded edition of the Asia Cup was played in front of big crowds, but it was Pakistan’s misfortune that they were unable to find a place in the final. The inability for the Champions Trophy winners to win the Asia Cup in the UAE had a sobering effect on the millions of Pakistan fans and could affect the morale of the Test squad preparing to play against Australia. However, to Asad Shafiq, the Asia Cup is now confined to the pages of history and Pakistan will be concentrating solely on the task ahead which is to preserve their successful record against the Australians, as he explained.

“Victory and defeat are part of any sportsman’s lot and sometimes things go in your favour and at other times everything seems to be going against you. The disappointment of the Asia Cup is behind us now, and the whole attention has now shifted to the Test series which we will play against Australia. What we know is that we have a very good record against them in the UAE where we have beaten them before and we intend to work on the goal of preserving that record.”

The strength of Pakistan Test sides of the past and present has always revolved around their bowling attack, which in the UAE will depend on spin as their weapon of choice. In this regard, the presence of Yasir Shah who seems to be the king of spin in UAE conditions would give great comfort to Pakistan captain Sarfaraz Ahmed. The strength of the Australian spin attack is one that Asad and his teammates are acutely aware of as well but, as he explains, Pakistan batsmen are perfectly capable of dealing with this threat.

“Our main strength is in the spin bowling department with some excellent bowlers in our line-up, but then we must also realise that Australia have some very fine spinners in their side too. As a batting side, we will work towards handling their spinners in the best way possible knowing full well that if we can do our job, we also have some excellent spinners in our side who know these conditions really well and will cause difficulties for the opposition.”

Asad Shafiq’s reputation as a mainstay of Pakistan's batting is not built upon words alone. He has some solid international performances to his name with 5296 runs in 131 appearances for Pakistan and as he explained, his preparations for the upcoming Test series are more than satisfactory, even by his own stringent standards.

“I am feeling very confident as I have done well in the current first-class season where I scored a double-hundred against Islamabad. I suppose, I made good use of a break from cricket after the Ireland and England tour which was forced upon me due to surgery on my hand. Since then, I have played 3 first-class games in Pakistan and now the tour game against Australia has given me another chance to get myself ready for the challenge ahead. My goal now is to get myself back in good form and then perform well to help Pakistan win this series.”

The short Test series against England in the summer of 2018 was largely considered a success from a Pakistan point of view. This view was possibly reinforced when considering the fate of the visiting India side which showed that coming away unscathed from a tour of England is not as simple as it appears, as Asad Shafiq explained, “I feel that the tour of Ireland and England in which we won 2 Tests and lost one was more than a satisfactory outcome for us. To draw a Test series in England is not an easy job and this not what many teams can boast of doing.”

To some critics, more was expected during the England tour from Pakistan’s main batsmen which is a view that Asad Shafiq agrees with when looking back at his own performances during that series.

“In terms of personal performances, I feel that despite some good scores, I wasn’t able to make the kind of runs that I had expected to get and also what Pakistan fans were expecting of me as well. What I would like to do now, is to rectify my shortcomings such as when I got out in the 40s and 60s after doing the initial hard work. My goal this time around against Australia would be to play longer innings and get some hundreds during the series.”

Despite missing some big names, it is clear that the visiting Australians will present a stern test of resolve for the home-side. If the performances in the tour game against Pakistan A are any guide, Sarfaraz Ahmed’s men are in for a tough two Tests against Australia but Asad Shafiq is confident that his teammates have the capability to tackle any challenge thrown at them, “this Australia side has some world-class players in it and first and foremost, I would mention the name of the fast-bowler Mitchell Starc who is a handful on any surface and has troubled batsmen the world over. But amongst the spinners in this Australia side, there is no doubt that Nathan Lyon will pose a huge threat to our batsmen given the type of wickets we have in the UAE. Having said that, I am confident we have the batsmen who can handle any threat from Australia, which they will present to us in the upcoming series,” he concluded.