The BCCI-PCB MoU Battle : Pakistan’s case is strong but the ICC is unlikely to rule in their favour

The ICC’s Dispute Resolution Committee recently held a 3-day hearing in Dubai in connection with the BCCI-PCB MoU case where the PCB is asking for compensation from the BCCI for the violation of the terms of the agreement between both sides. BCCI for their part have denied that any such formal agreement existed and have also indicated that they were powerless to honour any commitment for bilateral series due to the absence of Government permission. 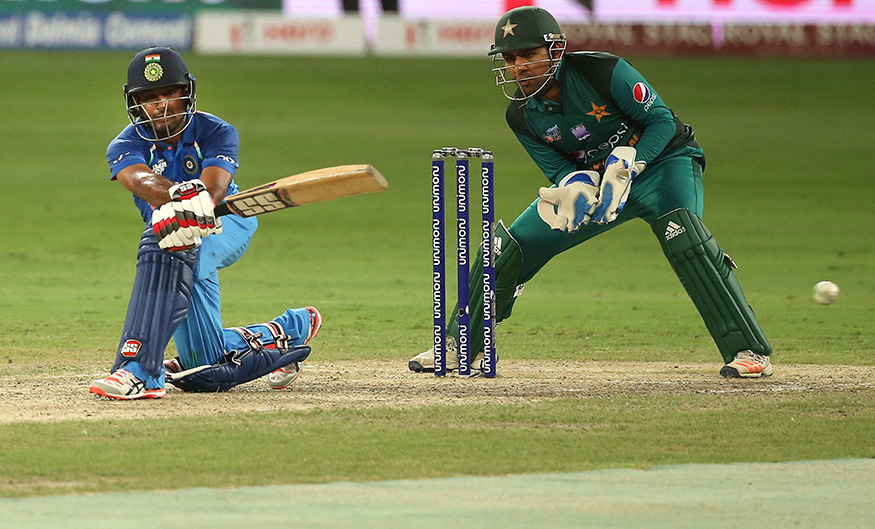 At the end of the proceedings where oral arguments were offered, both parties via unofficial channels, expressed their satisfaction and confidence in the manner in which their respective representatives presented their sides of the case.

However, based on information received from sources, PakPassion.net can reveal that the facts represented during the proceedings have put the Pakistan Cricket Board in a very strong position as far as the outcome of the case is concerned.

To start with, the PCB’s witnesses consisted of the former Chairman, Najam Sethi and the COO Subhan Ahmad, both of whom had first-hand knowledge of the deliberations during the time when the agreement was first agreed upon and signed. From the Indian side, Mr. N. Srinivasan who had been the driving force behind the Big 3 initiative did not attend as didn’t Anurag Thakur who was Secretary for BCCI during the time this agreement was discussed.

Incidentally, Anurag Thakur had used the word ‘agreement’ in a statement to the press in December 2015 and also mentioned the permission of the Indian Government in this matter as below.

The following excerpt which has quotes from Anurag Thakur as reported by Indian Express:

“I must set the record straight for everyone’s benefit that in April 2014 BCCI’s ex-boss had signed an agreement with the Pakistan Cricket Board while bringing a few changes to the constitution of ICC. According to which if resolutions take place in the ICC constitution then India will play against Pakistan in this period for the next eight years.

“And according to that agreement, the PCB was supposed to host India at a neutral venue in the month of December 2015. PCB chairman and the BCCI President met in Dubai and decided that we will play a series in Sri Lanka and both the Cricket Board’s will seek permission from their respective Governments for political clearance.


This was a significant fact that was picked up by the PCB as it was now clear that this was more than a mere understanding between the boards but had a firmer and more formal basis. If one glances at the ‘agreement’ floating around in the media at the moment it also does not mention ‘Government approval’ as a pre-requisite. Further, any objective assessment of the situation would show that Government approvals were only needed when there were security issues at stake and obviously there were none in UAE.

Regardless of whether it was part of the agreement or not, it has also allegedly come to light that the BCCI never formally asked for approval from the Government of India. This is probably the reason that Salman Khurshid, India’s former External Affairs Minister was brought in to the hearings on behalf of the BCCI and one does wonder what he could have said to substantiate the matter when no formal request was received. However, given the nature of India Pakistan relations, it is possible that no amounts of contracts/agreements can be of any use and if that is the India defence, it would be a poor one.

From the PCB’s side, it appears that the deal with the devil as it were was simple. Pakistan and India would play cricket, but in return PCB would provide its vote for the Big 3 proposal as is mentioned in the agreement. If the Big 3 resolution did not pass, then the agreement was meaningless and if they did, the commitments would become binding which happened to be the case.

The document widely available known as the ‘BCCI Letter’, lays out the terms and conditions of the engagement. It is known by many as the MoU or agreement. It does not mention the word MoU but it is from the BCCI secretary to the Chairman of the PCB. Regardless of what it is called, the conditions laid out in it were met by Pakistan and the ball was in India’s court. It has also been revealed by PCB sources that BCCI did not respond to numerous reminders by PCB to formalise the agreement with a follow-up document which would have listed the details of future series. The other important question that has been asked by many centres around the jurisdiction of the ICC’s Dispute Resolution Committee to decide on such matters but according to ICC’s constitution the decision by this committee is binding.

With the oral submissions phase now over, written statements will be given and then the committee will go away for what could be a long period to decide on the outcome.

The possible outcomes are as follows:

1. Pakistan’s position on this matter is rejected – in which case, things remain as they were between the boards - status quo prevails and Pakistan can claim that they did not let the matter rest; BCCI may look to change the way it handles such affairs in the future.

2. Pakistan’s position is recognised as correct and then the matter enters into a phase where there would be negotiations on the actual compensation payout to Pakistan. Whilst it is possible that India may give a fraction of what is asked by Pakistan, the ‘bragging’ rights could hand Pakistan a moral victory of sorts which could come handy in future.

Whilst ostensibly, the PCB’s case is a very strong one, one does wonder if the ICC for all its protestations of neutrality has the courage to stand-up against India and deliver a verdict that could put them at loggerheads with the BCCI. It is an open secret that most members of ICC will side with the BCCI due to their immense clout in financial terms so a verdict on behalf of Pakistan will be tantamount to a betrayal of BCCI, which is an outcome that the Indian board will simply not accept.

So, in summary, whilst PCB may feel that they have provided enough evidence to the committee to make a robust representation of their case, the reality is that the World's Cricket governing body may have little stomach to rule in their favour and take on India, and such an outcome should open the eyes of many to the sad reality of how cricket is run today.