"We were very comfortable in Lahore and it was an enjoyable and unique experience" : Ben Cutting

Australia's Ben Cutting in an interview with Saj (for FirstPost) speaks about his impressions of the Afghanistan Premier League (APL), his visit to Pakistan with the World XI, Usman Khawaja's epic knock in the Dubai Test and his own aspirations. 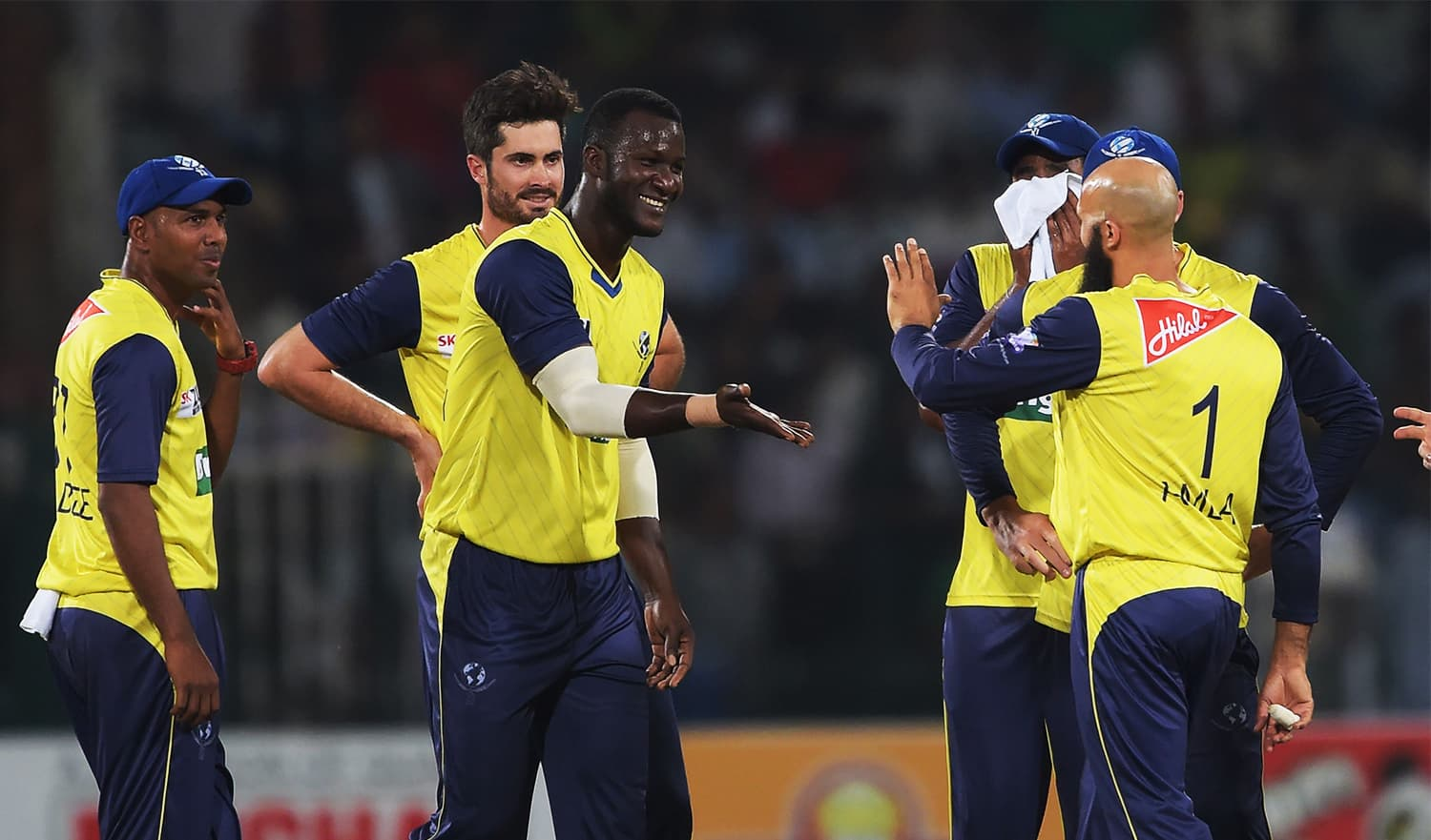 The Afghanistan Premier League (APL), which is currently being played in Sharjah, has entered its final stages. Amongst the list of who’s who of top international stars taking part in this tournament is a 30-year-old Australian all-rounder and Twenty20 specialist, Ben Cutting who has been captaining the Nangarhar Leopards.

In its first season, the five-team APL has already captured the hearts of their loyal band of supporters and is widely being spoken about as a platform for showcasing some of Afghanistan’s top cricketing talent. For Ben Cutting, the APL experience has been an excellent one as he explained, “I have been truly impressed by the quality of the players as well as the organisation of the APL. Of course, there are a lot of overseas players in this tournament who make this a prestigious tournament, but what is really striking is the quality of cricket that we have witnessed in this tournament from the Afghan players. Apart from the Afghan cricketers who have made a name for themselves in the national team, we also have some other players who have done well in the Indian Premier League such as Mohammad Nabi and Rashid Khan; each of these players have made the tournament really special and made this a very successful and interesting competition.”

The IPL, BBL, CPL and the PSL are all similar franchise-based Twenty20 tournaments, each vying for their own share of audience attention and it stands to reason that there is a real danger of market saturation and possible loss of interest amongst fans. This is a view that Ben Cutting does not completely agree with as he feels that there is always room for more high-quality tournaments which cricket-lovers will be keen to enjoy.

“From the players' point of view, apart from the obvious financial rewards, these tournaments represent yet another opportunity for us to play more cricket. From the audience’s point of view, the chance to watch more cricket featuring some of the top international and local stars is always welcome. If there is one drawback, that is possibly in the fact that some of the players have to pick and choose the amount of cricket they can play in a year and that could affect their participation on behalf of their national teams. However, for players such as myself who don’t play for the national side, it gives another opportunity to play cricket in different conditions which can help us in other leagues such as the IPL and BBL.”

Whilst the involvement of some of the world’s top Twenty20 cricketers lends more gravitas to a newer league such as the APL, the real benefit of such a tournament, as Ben Cutting described, lies in the invaluable learnings for the Afghan players as they come in contact with overseas professionals.

“The benefits for local players of interacting with experienced overseas cricketers are obvious and I can vouch for that effect based upon my experience at the Nangarhar Leopards side. We have a very strong and possibly one of the youngest teams in the competition and its really great to see them learn from the likes of Mitchell McClenaghan, Anton Devcich and myself as well, but to be honest, we are also learning from them so it’s a win-win situation for all concerned.”

Being part of a new Twenty20 League has its own challenges but to be asked to lead a side of mostly Afghanistan players is a tough test which Ben Cutting has taken on with gusto and as he explained, has enjoyed the experience immensely.

“Coming in from the IPL, I have gotten along really well with Afghanistan players like Mohammad Nabi, so it was a pleasant surprise to be asked to lead a local team in this tournament. The Afghan players like the people of the country are lovely people and I have really enjoyed this experience which is really the first time I have captained a major team in my career. I have learned a lot from this assignment and hopefully, the players have also got something useful out of my captaincy as well.”

Ben Cutting also had the distinct honour of being part of a World XI side which played a three-match T20I series in Lahore in 2017. The side was led by South Africa’s Faf du Plessis and it is to Ben Cutting’s extreme credit that the Australian player accompanied the side to a country where the national side has refused to travel for many years.

For Ben Cutting though, the decision to be part of the side was a simple one and was driven by a desire to help international cricket return to a country where the game has a fanatical following. “It was an amazing experience, especially playing under the banner of the World XI which is a rare occurrence in itself. Of course, the bigger objective was to take the game back to Pakistan and whilst trying to convince other teams to travel to Pakistan is above and beyond my reach, all I can say is that we were very comfortable in Lahore and it was certainly an enjoyable and unique experience.”

Whilst the APL advances through its final stages in Sharjah, in another part of the UAE, Pakistan and Australia are involved in a two-match Test series. The much-vaunted Pakistan spin attack was recently thwarted by an innings of epic quality by Usman Khawaja which to Ben Cutting, a good friend of the Australian opening batsman, was not a big surprise.

“I wasn’t shocked by the manner in which Usman Khawaja batted in the second innings of the Test in Dubai. Usman is probably one of my best mates and I have come to know about the immense amount of work he puts into his batting behind the scenes. I have seen the highs and lows of his career where he was stuck on a couch due to a knee reconstruction, to the point where he was playing for Australia in Test matches, so I was not surprised by his performance in that game in Dubai.”

With just 11 international games to his name, it remains a mystery why a player of such immense talent who has played over a 100 T20 games has not managed to establish himself in the Australian side, but for Ben Cutting, that stage of his career is now over, and he is happy to play cricket in the various leagues around the world.

The shorter formats of the game continue to see innovation in recent times as in the advent of the T10 League, so it is no surprise that the ECB have also thrown their weight into a newer 100-ball format known simply as ‘The Hundred’. Not a lot of details are known about this form of cricket which will see its debut in 2020 with an eight-team competition and cynics are quick to raise doubts about the viability of such a format, but Cutting believes that just like other newer forms of the game in the past, this too should be given a chance to prove itself.

“It's not an overly complicated format and sits somewhere between T10 and a T20 type of a game. A few years ago, people thought T20 was just a flash in the pan but now it's played by a lot of people around the planet so similarly, we need to give the 100-ball format some time to prove itself and who knows, over time even that could become popular,” he concluded.