Writing for FirstPost Sports, Saj expresses his views on the recent admission of guilt by Danish Kaneria and explains why it re-opens a dark chapter of corruption in Pakistan cricket. 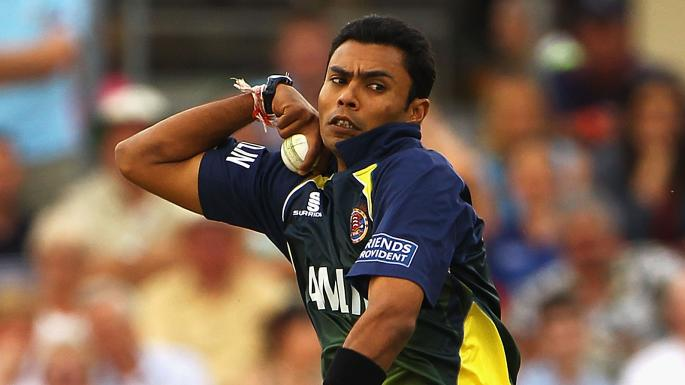 The term flawed-genius, as history indicates, has been used to define many highly-skilled individuals who had the world at their feet but instead chose a darker path to infamy. The immense talent bestowed upon such people would have allowed them to reach the stars but the path to ultimate greatness in their minds lay in some undesirable short cuts. Greed and avarice drove them forward each step of the way towards what they hoped was immortality in terms of fame and fortune. However, as the Pakistan leg-spinner Danish Kaneria recently found out to his discomfort, the guilt associated with crime was too huge a cross to bear.

His recent admission to the world of his complicity in a spot-fixing scandal which took place 6 years ago seemed to bring relief to him on a personal basis. The length of time it took for him to come to terms with his misdemeanour and offer his confession to the world, however, has not won him universal praise as he would have thought it might. The overwhelming reaction to his appearance on a television channel to accept what he had continued to deny for years on end appears to be a cynical ploy to salvage whatever ounce of respectability and goodwill he can extricate from the whole matter.

If the idea of his admission of guilt was to make amends in some way towards the hardship the years of denial had caused to his family, friends and the millions of Pakistan cricket fans then the questions raised by the timing of his announcement will only cause more misery to the very people he supposedly cares about.

Hailing from a respectable family and with the ability to spin the ball, the now 37-year-old Danish Kaneria could have easily continued to be an integral part of the Pakistan Test side for many years. His presence could have filled the void of skilful leg-spinners which Pakistan were feeling when he was at top of his game, and he could have been considered an able successor to the fine legacy left by the likes of the legendary Abdul Qadir.

Danish Kaneria played a total of 79 international games for Pakistan between 2000 and 2010, where his unique brand of leg-spin bowling allowed him to claim 276 wickets. His tally of 261 Test wickets was a figure only bettered by the great Wasim Akram, Waqar Younis and the legendary all-rounder and captain, Imran Khan.

The go-to bowler for his captain in times of stress, Danish Kaneria was darling of the crowds around the world. His achievement of being one of the few Hindu players to ever represent Pakistan at the international level also gave him near celebrity status in a Muslim majority country. The cartwheeling action and his unique style of appealing made for compulsive viewing regardless of whichever venue or pitch Pakistan would play on.

The real tragedy of Danish Kaneria doesn’t just lie in the sordid details of his demeanours but in the fact that with the world his oyster, he threw away his chance to become one of Pakistan’s greatest ever bowlers for want of short-term financial gain. In the process he tainted the name of the game that he loved so much and also brought disrepute to the country he professed loyalty for.

Not only did Danish Kaneria bring shame and destruction to his own career, he also managed to entice his Essex team-mate, Mervyn Westfield to agreeing to concede 12 runs during an over of a One-Day game for Essex against Durham in 2009. The England and Wales Cricket Board were having none of this and imposed a life-ban in June 2012 on Kaneria, describing him as "a grave danger to the game of cricket". The ECB also banned Westfield for five years which effectively robbed him of a lucrative career.

Danish Kaneria’s continued insistence that he was innocent of the charges against him was perhaps understandable as a desperate attempt to save whatever was left of his honour but what many also found unforgivable was his charge that Westfield had not been pressured by him to take part in the conspiracy.

What exactly changed in Kaneria’s life to make him come clean to the world about his corruption is something only he can explain. Perhaps the fact that all his appeals to overturn ECB’s ban were rejected, or with his advancing age, he could no longer resume a career in domestic or international level which left him with nothing to lose, could have been a factor. Or perhaps the weight of guilt hanging on him helped him take the honourable decision that many wanted him to take many years ago was a reason which drove him to make the admission.

Pakistan cricket had suffered many a time from the lack of integrity of some of its many prominent players. The saga related to Salman Butt, Mohammad Asif and Mohammad Amir was one that grabbed the headlines in 2010 and in a sense consigned Kaneria’s case to the background. And whilst the PSL corruption cases did present a new challenge to the overall reputation of Pakistan cricket, by and large things had started to settle down and there was a feeling that a new golden chapter of integrity was upon Pakistan cricket. However, with the new unwelcome attention brought on by Danish Kaneria’s recent admission of guilt, the spotlight is firmly back on the rather ugly aspect of Pakistan cricket, a period of restoration for the reputation of the game in Pakistan has begun, once again.