Speaking to Saj (FirstPost), Pakistan pacer Umar Gul discusses the high voltage India-Pakistan clash and why he feels that the absence of Virat Kohli will tilt the balance towards Pakistan in this crucial match up. 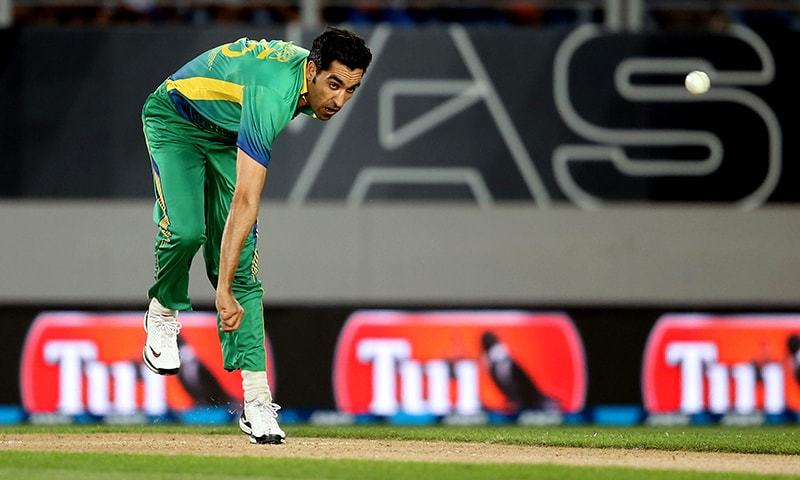 The India-Pakistan rivalry has very few parallels in the world of sport. The mere hint of an upcoming encounter between the two sub-continental giants of cricket seems to capture the imagination of fans in both countries and the many thousands of their supporters outside the region.

The upcoming Asia Cup group clash between India and Pakistan on 19 September has the fans of both sides in a state of frenzy with tickets for the match in Dubai close to being sold out within hours of being announced. The stage is thus set for another classic clash between the old rivals and the stakes are high as ever. The neighbours last met at The Oval in June 2017 where Pakistan walked away with The Champions Trophy in a one-sided game, so the Asia Cup encounter, in many eyes, will be a grudge match and a chance for India to seek revenge.

A victory for Pakistan in this game would be a reaffirmation of their superiority over their rivals, whilst an India win will prove to many others that the Champions Trophy defeat was nothing but an aberration. To the victors will belong bragging rights for many days to come and for the team defeated in Dubai, an inglorious stigma attached for a long time.

For Umar Gul who has represented Pakistan in 25 games against India, the pressure of playing a high-stakes match against India is not to be taken lightly.

"There is no doubt that the best players not only from India and Pakistan but from all other Asian teams are now in UAE to help their team win the trophy, but I believe that Pakistan will have a slight advantage here. The problem is the heat and I feel that Pakistan, due to the fact that they have trained hard in very hot conditions back home and also in UAE, will find it easier to cope with the weather there. India's players may find the conditions too uncomfortable and that may give Pakistan an upper hand.”

The eleven members of the 16-man Pakistan squad for the Asia Cup are the strongest side that Pakistan's selectors have named. India, in contrast, will be without the services of their most potent component in the shape of Virat Kohli. In Umar Gul’s point of view, this will hand a huge advantage to Pakistan.

“Virat Kohli is the greatest batsman in the world and his absence is bound to have an effect on the strength of the Indian side and also their morale. The Indian side facing Pakistan will still be a tough side to beat with some excellent quality batsmen led by their captain Rohit Sharma, but Pakistan's bowling attack which is used to operating in the UAE should be able to negate any threat from the opposition.”

The intense pressure and media scrutiny that usually accompanies any encounter between both countries adds an extra edge to the proceedings, and whilst the fans and supporters can relax in their seats in the stadium, the stress on the players can translate into mistakes on the field. In this regard, Umar Gul has the following advice for players from both sides.

“There are absolutely no issues between players from both sides when it comes to off-field situations and they all get on very well. Obviously when on the field of play, each player wants to win the match for his side and there is no room for complacency, and sometimes that can translate into on-field tension as well. From experience, I can tell you that there are a lot of stressful feelings the night before such high-stakes games, but once the first ball is bowled, it all becomes a normal game and you do what you are trained to do. My advice to players from all sides is to watch less television and get off social media before the game to free their minds as they can be affected by what is being said by others and that can, in turn, result in mistakes on the field which no side can afford.”

The meeting of two of the world’s most popular cricket sides is never a quiet affair when it comes to the crowds. Whether it’s in England, India or anywhere else in the world, the crowd will bring in their loyalties and a lot of flavour to the proceedings. For Umar Gul, the real appeal of India-Pakistan encounters is in the atmosphere at the grounds where such games are played.

“The atmosphere in and around the grounds in such games is fantastic. In the UAE, there is almost equal support for both sides and whilst Pakistan may consider UAE as their home, the crowd on 19 September will be anything but partisan to them. I would suggest to all who go to watch this game to support their teams and to enjoy wholeheartedly the game without crossing any lines of behaviour.”

With six nations vying to take the trophy home when the final ball of the Asia Cup is bowled on the 28 September, it would appear that India and Pakistan are the favourites, but as Gul warns, any side with the will to win can walk away with the title.

"It would be easy to name Pakistan or India as favourites but I would like to say that all six nations are Asian teams and understand the conditions well and whichever team can consistently play better will win. It is that team that can take the pressure of the competition, and has fit players well on that day which will emerge as the victors,” he concluded.