"It would be great to be part of the Pakistan Super League" : Sikandar Raza

32-year-old Pakistan-born Sikandar Raza described his side’s elation after a brilliant performance in the first Test match against Bangladesh. 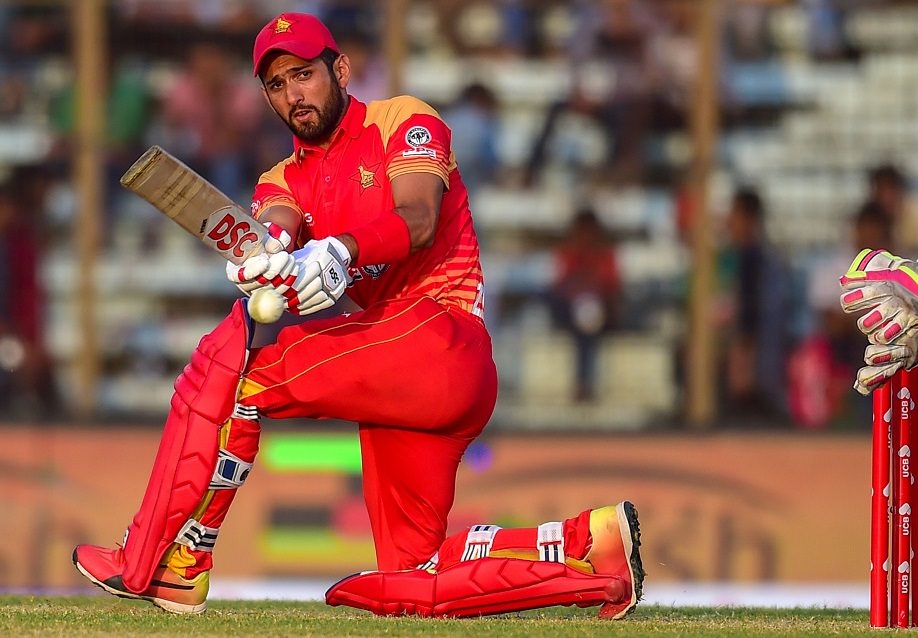 Zimbabwe’s remarkable 151-run win against Bangladesh in the 1st Test match of the two match series was their first Test victory since September 2013 and was also there first Test victory away from home since November 2001. The win, achieved in just 4 days, shocked Bangladesh cricket fans who, based on the visitors' overall record could have been forgiven for assuming that a victory was a foregone conclusion. It also sent a strong statement to the cricketing world which said that Zimbabwe’s days of being marked as pushovers could soon be coming to an end.

32-year-old Pakistan born Sikandar Raza played a pivotal role in this historic victory for Zimbabwe, scoring 44 runs and taking 6 wickets and in an exclusive interview with PakPassion.net, described his side’s elation after a brilliant performance.

“It was a brilliant win for us, more so because we had two debutants and that was a great experience for them, to be part of a winning side. This will do a world of good for the new players as when you are a part of a losing team, it does dent your confidence a bit. As for me, winning a Test match after 11 matches I have played for Zimbabwe is certainly exciting and humbling at the same time.”

Zimbabwe’s tour of Bangladesh did not start so promisingly as they were whitewashed by a supremely confident home-side in the 3-match ODI series. In Raza’s view, the visiting side may have been somewhat weakened by the absence of some key players but they were never lacking in confidence and the results could have been different if the tosses had been in their favour, “I joined the squad in Bangladesh and was genuinely worried that we would be really missing the services of Graeme Cremer who is by far our best bowler and one of the best in the world, in any form of the game. Of course, the presence of Sean Williams and myself did make some difference but in the ODI series we had the misfortune of losing important tosses. I am not using that as an excuse, but had we not batted second in the 2nd and 3rd ODIs, the score line may well have been different. But make no mistake, every time we put on our jersey, we don’t just go out there to make up the numbers, we go in to show that we can compete. Those days are behind us and now we want to win, and that is what we showed to the world when we won the first Test match.”

Zimbabwe’s poor record against international sides has been a source of concern to many observers of international cricket with many wondering if the side was good enough to compete in the toughest format of the game. However, as Sikandar explained, given the confidence and the positive mood in the Zimbabwe camp during the very tough tour of Bangladesh, the victory in the first Test should not have come as a surprise.

“Honestly speaking, a lot of us were carrying a lot of pressure on ourselves due to the issues of recent past and Bangladesh is a very tough place to tour as is. However, every time we sat down to talk between ourselves, the conversation was always about how to win games and how to beat Bangladesh. There was a real desire to win the games and be successful at an individual and collective level. We wanted to show the world that we could also win games if we were given the same opportunities to compete like other nations. Hopefully, this Test victory will turn things around for us.”

Sikandar Raza’s own form in recent games has been very encouraging and his presence in the side has been termed as crucial for Zimbabwe’s success which obviously has been source of great satisfaction for the cricketer. For Sikandar, his current form is a product of some hard work with the likes of Grant Flower and Lance Klusener as he explained.

“The basis of my current confidence was put in place by my interaction with Grant Flower. Before meeting him, I had very little idea of what cricket was all about. It was then the association with Lance Klusener which played a huge part in helping me to achieve better results for my country and myself. I remember speaking to him and saying that I did not agree with some of his recommendations regarding my batting. He told me to trust his judgement and whilst I may not get a chance to bat up the order where I could possibly score hundreds, I should look to finish games for Zimbabwe consistently and that would make me become a better cricketer. Once I started doing that, then I could start batting up the order and start scoring big in all formats of the game. I believe that his advice is now paying dividends.”

From an occasional bowler to the status of a genuine all-rounder, Sikandar Raza’s bowling abilities have been instrumental in giving his side an added advantage which saw him take 6 wickets in the first Test against Bangladesh and he credits this transformation to Heath Streak as he explained, “I always considered myself a part-time all-rounder but the belief in myself as a good bowling option really came from my interaction with Heath Streak who told Sean Williams and myself that if we could combine and give the team 10-15 overs, we could achieve better results for the side. For me, it's also about trying new things and not to be scared of being belted out of the park which is the kind of attitude that may have worked well for me.”

Whilst the Test series against Bangladesh may not be over yet, the fact is that Zimbabwe cricket has been dealt a shot in the arm with the side’s recent victory and this could mean better times ahead for the future of the game in the country.

“This Test victory has obviously done wonders for the game in Zimbabwe. This can be judged by the messages of congratulations we received from the Chairman, club cricketers, the net-bowlers who had helped us prepare for this series as well as the government ministers. This is a remarkable achievement for not just the team but the country as a whole. There should be no doubt about the fact that cricket is still big in Zimbabwe and its possible that we were losing a few supporters due to the poor results that we were achieving but it's victories like the one in the first Test against Bangladesh which have done a lot of good, I can assure you of that.”

The proliferation of Twenty20 leagues around the world has meant that cricket happens 12 months of the year which is great news for the fans of the game but plays an equally important role for cricketers from countries like Zimbabwe as Sikandar explained, “Twenty20 Leagues are very useful for Zimbabwean cricketers as we don’t have a busy international calendar which is probably why we are yet to cross that line into becoming world-class cricketers. Because of these gaps in our calendar between international assignments, these Twenty20 Leagues give us an opportunity to play cricket throughout the year and also to learn from other top-class cricketers. This is why leagues such as APL this year and BPL have really helped my cricket and hopefully there will be a few more options coming up in the future to play in such leagues. And it goes without saying that Twenty20 Leagues are also a great source of financial stability as Zimbabwe cricketers have very little international cricket, so we don’t have massive central contracts and match fees coming our way as is. So, playing in Twenty20 Leagues does help us as cricketers and put in good performances as that is one less thing to worry about.”

The fourth edition of the hugely successful Pakistan Super League will take place early next year. For a cricketer like Sikandar who has early childhood friends and family roots in Pakistan, the opportunity to play in such a premier Twenty20 tournament is one that he will accept with both hands.

“It would be great to be part of the Pakistan Super League and I can only hope that my good recent performances catch someone’s attention and open the door for my participation in the PSL. I understand that eight of the matches for the next edition will be played in Pakistan and as someone who has family and friends from Pakistan, it would be a great honour to play for one of the franchises in the PSL. I have had prior experience of the passion for the game in Pakistan during our visit in 2015 with the Zimbabwe team and to play in such an atmosphere again would be a fantastic experience for me.”

For a consummate professional like Sikandar Raza, any chance of challenging himself in tough situations and improving his skills by playing in top-class tournaments is one that he will not let go and playing in the Indian Premier League would be one such opportunity but he is aware that he has to keep himself focused on immediate goals and bigger opportunities will follow logically, “one can wish for many good things in life, however fantastic they maybe so playing in the Indian Premier League is another option that I would love to have. But, at the moment, my focus is to get myself a place in the UAE T20x and PSL tournaments and if I can get that to happen, and get noticed due to good performances and be included in the IPL, then that would be a great outcome,” he concluded.