"I have nothing personal against Mickey Arthur" : Mohsin Khan

Chairman of the PCB Cricket Committee expressed his views on working alongside the likes of Wasim Akram and discussed Sarfaraz Ahmed's captaincy. 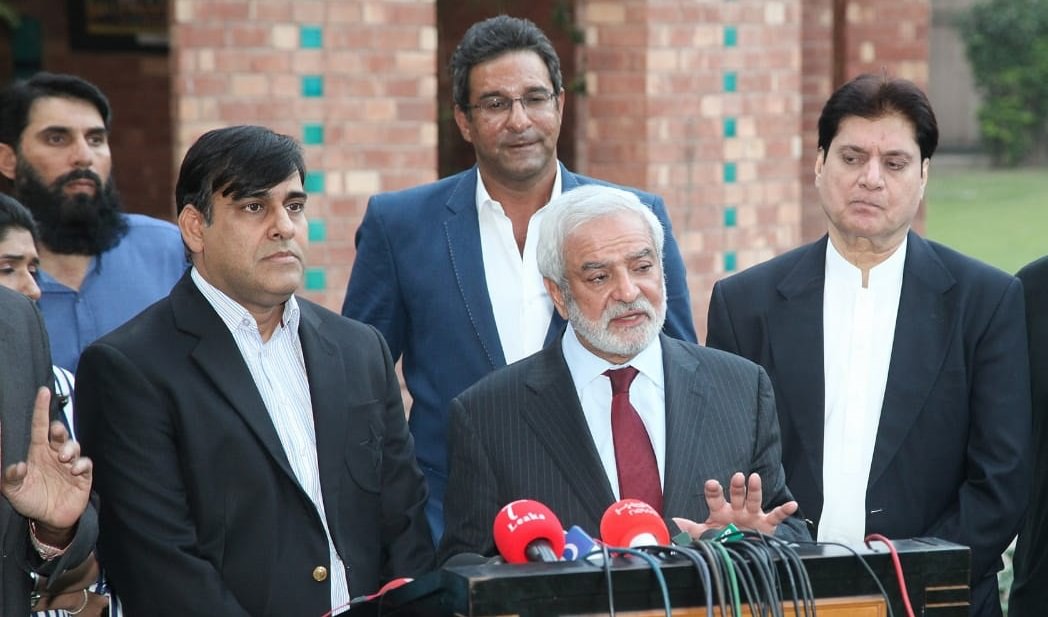 Mohsin Hasan Khan’s association with Pakistan cricket has been a long and proud one. From a dashing opening batsman who scored 4586 runs in his 123 international appearances for Pakistan to the position of Head Coach which saw his team inflict their first 3-0 whitewash on England, Mohsin Hasan Khan’s credentials as a Pakistan stalwart are undoubtable.

Whilst Mohsin’s role as a senior and well-established voice in the matters of Pakistan cricket has a few doubters, there have been some dissenting voices raised against him in regard to his suitability as Chairman of the Cricket Committee based on remarks about Pakistan captain Sarfaraz Ahmed as well as comments regarding Head Coach Mickey Arthur.

Speaking with PakPassion.net, the former Pakistan Head Coach sought to clarify his stance on these issues and to correct some of the stories and rumours surrounding him.

“The comments regarding Sarfaraz Ahmed not being a capable captain and that he should be replaced as Test skipper have been taken totally out of context and have been fabricated by sections of the media. I made the comment 18 months ago that it would perhaps be too much to ask of Sarfaraz to captain in all three formats and that it may be better for him and for the team to make him skipper in the two shorter formats initially and then at a later date make him Test skipper. I have absolutely no doubt about Sarfaraz Ahmed's capability and credentials as skipper and never have done, my only suggestion was to make him captain in all three formats at the right time. He is doing a fine job, and long may that continue.”

The setup of the Cricket Committee has been welcomed by most observers as an excellent step towards the betterment of the game in Pakistan. The importance of this committee has been highlighted by PCB Chairman Ehsan Mani on numerous occasions and the appointment of Mohsin Khan demonstrates the high regard that the PCB hierarchy holds the former cricketer in. This is a fact that Mohsin was quick to highlight but also expressed his disappointment at some aspersions being cast on his character, “I'm really looking forward to working with the current Pakistan Cricket Board hierarchy as I feel they are credible and honest people, unlike the previous set-up. Because I have been asked by Chairman PCB Mr. Ehsan Mani with the approval of Prime Minster Imran Khan who is the Patron and Chief of PCB to Chair the Cricket Committee, this has resulted in sections of the media finding this too hard to accept and they are therefore coming up with nonsensical stories about me. I am honoured to have been asked to Chair the Cricket Committee and as I have done throughout my life I will represent Pakistan to the best of my ability and will serve for the betterment of Pakistan cricket.”

The remit of the Cricket Committee is a complex and comprehensive one. The recommendations made by the committee if approved by the PCB Chairman will have far-reaching and significant effects in the manner in which cricket is run in Pakistan. This is a role that Mohsin is not taking lightly and as he explained, the role of the selection committee and the performance of the current Head Coach Mickey Arthur will all be put through the scanner.

“My work on the Cricket Committee will see that the Committee members and I will scrutinise the work of Mickey Arthur, Sarfaraz Ahmed and the Selectors. I have nothing personal against Mickey Arthur and am prepared to work with anyone for the betterment of Pakistan cricket, but my line of reporting is into the Chairman. Our remit is to ensure that improvements are made in Pakistan cricket at the international level and the domestic level. We will also be responsible for examining the state of domestic cricket in Pakistan and we have been specifically asked by Ehsan Mani to look into areas of domestic cricket that we feel need to be changed and improved upon. Let me repeat and make it clear though I report into the Chairman and nobody else and my work will be done as always on merit and with the full input of my fellow committee members. ”

As Mohsin Hasan Khan has realized from the spate of some unwelcome media interest and reporting on his appointment as well as some remarks attributed to him regarding Mickey Arthur and Sarfaraz Ahmed, life in the public eye is something he will need to get used to once again as he starts work as Chairman of the Cricket Committee. Apart from addressing the serious issues related to Pakistan cricket that he will need to look at soon, the former Pakistan batsman and Head Coach also has to ensure that he has the full trust of all stakeholders of the game in Pakistan. In this regard, Mohsin had no doubts that regardless of some of the baseless stories being promoted by elements of the media, he will be focussed on serving Pakistan cricket to the best of his abilities, “the stories of me being removed as the Cricket Committee Chairman and not being allowed to speak to the media are nonsensical and fabricated. I have spoken with Ehsan Mani about my role and he has assured me not to worry about my role and to ignore the false stories from sections of the media. The Chairman is the one who will have the final say on any changes that are to be made and my Committee and I are there in an advisory role. Our decisions will be based on merit and merit alone and I look forward to working without any bias as I feel it is our duty to serve Pakistan cricket well,” he concluded.