"I am heartbroken at missing out on PSL4" : Zeeshan Malik

The young batsman explained why he felt he had a strong case to be selected by one of the PSL sides, and expressed his disappointment at being overlooked during the draft despite impressive recent performances in domestic cricket. 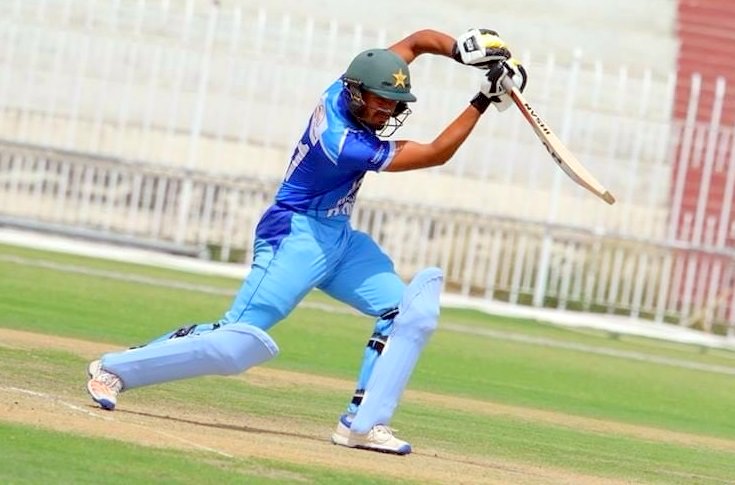 Pakistan’s ODI struggles with the bat in 2018 seem to be a far cry from the heady days of 2017 where some emerging talents had provided renewed hope of resurgence for the Champions Trophy winners. More in hope rather than with any firm conviction, supporters of Pakistan cricket are now turning their attention towards the next edition of the Pakistan Super League, where they expect the next batting superstar will make a dramatic appearance and herald a turnaround for Pakistan’s fortunes in the 50-over format, a la Fakhar Zaman in 2017.

All eyes were thus eagerly focused on the PSL draft which took place on 20th November, with a multitude of young hopefuls looking forward to getting an opportunity to showcase their variety of skills in Pakistan’s premier T20 league.

Of the many youngsters hoping for a golden opportunity to ignite their budding careers was 21-year-old Zeeshan Malik, an opening batsman from Chakwal who excelled while representing Pakistan at the Under-19 World Cup in 2016. In an exclusive interview with PakPassion.net, a crestfallen Zeeshan explained why he felt he had a strong case to be selected by one of the PSL sides, and expressed his disappointment at being overlooked during the draft despite impressive recent performances in domestic cricket.

“I honestly thought that this would be my year and my chance for a Pakistan Super League contract”, he said. “I am totally gutted that I have missed out once again.”

With scores of 145, 149 and 118 for Rawalpindi in the recently concluded Quaid-e-Azam One Day Cup, Zeeshan felt he was in with an excellent chance of being chosen by one of the six PSL teams. He stated, “I have been in good form and made three centuries in my last 4 List-A innings and the ball has been coming nicely off the bat. I have been batting with great confidence and have really felt good about my batting this season.”

Having taken part in Lahore Qalandars’ Rising Stars T20 tournament and Islamabad United’s Twin Cities Takra T20 tournament last year, the youngster hit three fantastic hundreds and was convinced that he would be selected this time around by one of the franchises after following up those performances with superb displays for Rawalpindi in the 50-over format.

“I was really looking forward to showcasing my ability at one of the world's premier Twenty20 tournaments, but it wasn't to be”, he said. “What can I say, other than I am heartbroken at missing out on PSL4, a tournament that is all about giving opportunities to young Pakistani players and giving them a chance to shine on the world stage.”

Despite being in the emerging players lists for the PSL drafts for all four editions of the tournament, the young batsman has not been picked a single time so far. However, he is not ready to give up just yet.

“Whilst I am really downbeat at the moment, as a professional sportsman you have to lift yourself and look ahead to the future. All I can do is to perform whenever I get the chance and in whatever format that is. You have to take the blows on your chin and rise from them, but the continuous setbacks are tough to take.”

The looming National T20 Cup 2018 (December 10th-25th) is an ideal chance for Zeeshan to showcase his skills and show why the PSL franchises made an error by overlooking him and he is upbeat about performing well in this tournament.

Along with performing well in the near future, a thoughtful Zeeshan also realises that he may have to take some tough decisions in order to bring about a change in his fortunes and kick-start his career. Since his domestic cricket debut for Rawalpindi in 2016, he has played only 16 matches across formats. “I guess I have to look at where I am as a cricketer and make some tough decisions about my future”, he stated. “Sometimes you have to make difficult decisions today for a better tomorrow. Let's see what happens but I am definitely looking at my options at the moment as that may mean that I will get more opportunities and the chance to really play on a regular basis rather than the occasional match.”

The youngster is, however, keeping his spirits high. He knows that with almost three months to go for the commencement of PSL 4, a lot can happen in that time frame, and there is an outside chance of him being picked as a replacement player. He is also aware of the fact that the Pakistan Cricket Board permitted a 21st pick for the PSL teams one year ago after the conclusion in the 2017 National T20 Cup. If such an eventuality were to happen again, the door would once again be opened for players such as Zeeshan which is an opportunity that he would accept with both hands.

“Despite the setback of not being picked for PSL4, I am keeping my spirits up as you never know what may happen as I may be called up as a replacement player. Of course, I wouldn't wish injury on any player but sometimes one player's loss is another player's gain, and even getting into the Pakistan Super League as a replacement player would be an amazing outcome.”

There is little doubt that, akin to any other developing cricketer, Zeeshan just wants a chance to show his abilities in front of a worldwide audience where the opportunities for exposure are unlimited. For that to happen, he needs regular chances to impress and when he gets them, he needs to make them count as he did in the Quaid-e-Azam One Day Cup earlier this season. This is a challenge that Zeeshan Malik understands fully and is ready to take on, “I just want that chance to show my talent properly and not in bit-parts every now and then. Hopefully going forward, I will be playing on a more regular basis and that is important as a cricketer, because that means you get that chance to show selectors and the public what you are made of. I'm remaining positive, don't count me out just yet.”