"Pakistan have the talent and the players to win the 2019 World Cup" : Asif Ali

Pakistan batsman spoke about his experience at the Mzansi Super League T20 tournament and why he will miss Misbah-ul-Haq's presence in the Islamabad United's team during PSL4. 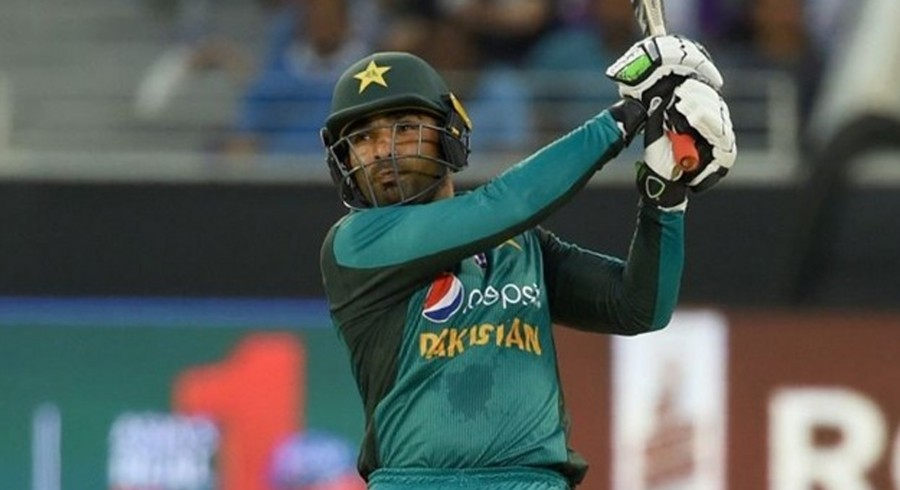 The advent of franchise-based Twenty20 Leagues around the world have added a new dimension to the enjoyment of cricket fans, the world over. Apart from high-adrenaline fun for the spectators, such tournaments are also providing a great opportunity for the likes of Pakistan’s Asif Ali to reap financial rewards and more importantly, to showcase their immense talent to the outside world.

As a key member of the Cape Town Blitz side who are competing in the ongoing Mzansi Super League T20 tournament, 27-year-old Asif Ali is enjoying his time with the South African franchise as he explained in an exclusive interview with PakPassion.net.

“Playing in the MSL has been a fantastic opportunity for me and I would like to thank my skipper JP Duminy and the Head Coach Ashwell Prince for giving me this chance to play in this league. The experience has been brilliant and thoroughly enjoyable, and the tournament has been organised so well. From the travelling arrangements to all the other aspects of the tournament, it's all been very professional. From what I have seen from the first edition of the MSL, I think the tournament will only get bigger and better in the coming years.”

As Asif Ali would have seen from his experience with the Pakistan Super League, it isn’t just the big names which make a team successful but the right combination of players in the side is what guarantees success, “The mix of players at Cape Town Blitz is a fantastic blend. There are local players, experienced international players from South Africa and international players from around the world and everyone has really supported each other, and we have all got on so well that it almost feels like we have been playing for the same team for many years. The likes of Dale Steyn, Quinton de Kock and Farhaan Behardien have greeted the other players like best friends and for me that has been so enjoyable.”

As Pakistan’s current home series against New Zealand draws to a close, all eyes from a Pakistani perspective are focused towards the upcoming tour of South Africa which should be a stern test for the sub-continental side. For Asif Ali, playing in the MSL is an excellent opportunity to experience first-hand the playing conditions and surfaces that he could encounter if he is selected to represent Pakistan on this tour.

“The most important thing from a personal perspective has been the chance to play on pitches in South Africa, which is something that I have not experienced previously. Obviously to get this opportunity just ahead of a series for Pakistan in South Africa could not have been better timed. I feel that playing in the MSL just before the series against South Africa will be very beneficial for me. Playing on the various pitches used for the MSL has given me great insight to the surfaces in South Africa and what to expect in the upcoming series for Pakistan.”

Asif Ali’s recent whirlwind 80 off only 33 deliveries in the MSL game against Durban Heat, which included seven fours and five sixes and also earned him the award of player of the match, is a great example of what the talented Faisalabad-born batsman can achieve. This was also exactly the kind of performance that the Pakistan batsman was looking for to establish himself in the MSL tournament.

“I am happy with my performances in the MSL so far, although they could have been better and I hope that I can help the team win this tournament and return to Pakistan with my spirits high ahead of the upcoming international matches. I think playing in tournaments like the MSL can really boost your confidence and make you a better player as you are getting the chance to play in different conditions and also against some of the world's very best players.”

With 11 ODIs and 16 T20Is to his name, it is clear that Asif Ali has the potential to serve his country for many years to come. He was recently utilised in the position of a power-hitter by Mickey Arthur for the Asia Cup tournament in the UAE with a mixed degrees of success. Whilst acknowledging his potential role in the Pakistan side due to his stroke-making abilities, Asif is also actively looking to improve his game to become a better all-round cricketer, “I'm satisfied with my international career so far but looking into the future I want to improve myself and better myself as a cricketer. I'm being utilised as a power-hitter for Pakistan and in that role, you have to accept that some days you will be successful and other days it won't go for you and you don't make the quick scores and perform the explosive innings the team needs from you. That is the territory for a power-hitter, some days it goes for you and others it doesn't.”

If selected for the tour of South Africa, Asif Ali as he has shown so far in the MSL, has all the abilities to put in some excellent performances which could in turn, help him gain a place in the Pakistan 2019 World Cup squad. As was witnessed in the 2017 Champions Trophy, he could, if selected be part of a tournament-winning team which is a thought he is relishing.

“I'm looking forward to playing in my first World Cup next year if selected and I feel that the Pakistan One-Day team is one of the best in the world and I think that we have the talent and the players to win the World Cup. These sorts of tournaments can always spring a surprise and there are always one or two teams who are the standout teams, but I am confident that Pakistan will not let their fans down in England next year.”

A veteran of all PSL tournaments so far, Asif Ali has been treated with great care and respect by the two time champions Islamabad United who have clearly seen future potential in the hard-hitting batsman. The faith shown in him by the PSL franchise is something Asif is very proud of, “It's really pleasing to be picked for Islamabad United once again for the Pakistan Super League. They have really supported me and have helped in turning my career around and have been pivotal in my getting the chance to fulfil my boyhood dream which was to play for my country and wear the green shirt with pride.”

With the squads for the 4th edition of the PSL now finalised, fans of Islamabad United are looking at yet another season where their team could put in a strong showing and emerge as victors once again. For Asif Ali, Islamabad definitely have the firepower needed to take on the toughest challenges and with players of the calibre of Luke Ronchi, Shadab Khan, Samit Patel and Ian Bell in the mix, a third title in 2019 is a real possibility.

“I think the combination that has been picked for Islamabad United for PSL4 is a really strong one and I am confident that we can win the Pakistan Super League once again. We have a very stable squad with many of the players who were champions last time around still there. That stability really is important in my opinion as many of the Islamabad United squad are familiar with each other's game and that will always give you a head start in tournaments such as the PSL.”

For Islamabad United and Asif Ali, the news of their well-respected captain Misbah-ul-Haq’s departure from the franchise was a real shock. The veteran former Pakistan captain had lead his PSL team to both titles in 2016 and 2018 and for Asif Ali, the mere presence and wisdom that Misbah brought to the fore will be something he and his colleagues at Islamabad United will dearly miss, “I am going to miss Misbah-ul-Haq a lot at the Pakistan Super League this time around at Islamabad United. More than anything else I will miss Misbah's man-management skills, his great planning, his great mind and his superb knowledge and insight about the opposition teams and players. He was a rock for Islamabad United and there is no doubt that we will all miss him and his valuable experience, his calmness and his knowledge.”