"Sarfaraz Ahmed should be replaced as Test captain" : Asif Iqbal 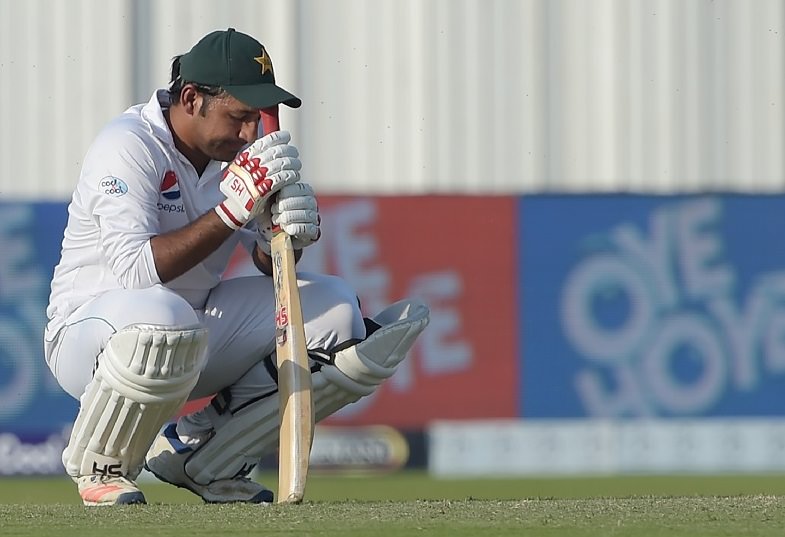 The somewhat embarrassing recent defeat in the UAE at the hands of the visiting New Zealand Test side has caused great dismay amongst experts and fans alike. For New Zealand, the achievement of winning an away Test series against Pakistan after an incredible period of 49 years is something Kane Williamson and his side would definitely cherish for many years to come.

For the beleaguered Pakistan side, the inability to win home Tests against good sides is fast becoming a matter of grave concern and especially with the impending tour of South Africa looming on the horizon, presents a huge challenge for the Sarfaraz Ahmed and Mickey Arthur partnership.

Whilst there has been widespread and almost unanimous criticism of the Pakistan Test side since the final ball of the 3rd Test in Abu Dhabi was bowled, in the views of the former Pakistan captain Asif Iqbal which he expressed in an exclusive interview with PakPassion.net, Pakistan fans and experts need to embrace some basic facts when analysing this loss.

“Before any reasons for this loss can be discussed, there is one fundamental fact that we need to accept which is that the New Zealand Test side outplayed us completely. To their extreme credit, they were playing in conditions which were alien to them and such conditions were better suited for Pakistan. We as fans and supporters have a habit of making excuses for losses but let’s take this one for what it is, which is that the opposition played better cricket than us.”

The Test series against New Zealand seemed to offer a perfect platform for the Pakistan side to improve their standing in the ICC Test rankings. They had some potent weapons in the shape of Yasir Shah and Mohammad Abbas and expectations were high, yet the results were far from satisfactory. To Asif Iqbal, the result of the series, though unpalatable for many should not really have been a surprise, “What we need to do now is to also recognise that our Test side played the best they could. They played wonderfully well in the 2nd Test but in the 1st and third Tests they were inconsistent and that cost us dearly in the final analysis. But we must also look at the recent history of Pakistan in Tests and we will see that they have been anything but consistent. Pakistan seem to play one innings well, and then collapse in a heap in the next one.”

Pakistani passion for cricket coupled with the presence of raw talent has seen many legendary batsmen such as the great Hanif Mohammad, Zaheer Abbas, Younis Khan and Javed Miandad come to the fore but as witnessed in recent times, there seems to be a shortage of such quality batsmen which to Asif Iqbal points to some basic problems.

“When we look for causes of problems with our batting, we have to consider the fact that our younger batsmen lack the right mindset for Test cricket. It appears that the mindset of Pakistan batsmen is suited for Twenty20 cricket which is the reason why we are ranked number one in this format of the game. The batsmen know that even a good bowler has just four overs to bowl and they can plan their innings around it and as long as you can contain and field well, which we do, then the outcome will be a good one. But in Tests, it’s not fielding that wins you matches. So, the team management has a task at hand which is to work on building up the concentration span of our batsmen and therein lies a huge challenge if Pakistan are to succeed in Tests and also in ODIs where 50 overs can test a batsman’s resolve.”

The furore over Pakistan’s loss to New Zealand was loud and vociferous as the fans and experts took to social media and the airwaves to express their disbelief and anger at the manner of capitulation of their Test side. This phenomenon is one that seems to be happen with alarming regularity as far as Pakistan are concerned and troubles Asif Iqbal greatly, “A lot of our people who follow the Pakistan team which includes fans and experts, like myself, either writing in the media or commentating on TV seem to elevate the side to cult status if they play one good innings or win one match and then mercilessly criticise them when they falter, which is totally wrong and does not help in any way to understand or fix the problem we are facing. So, instead of recognising the fact that the opposition played better cricket, millions of our fans are fixated with trying to put our cricketers down in the most brutal manner which must stop.”

The prognosis for Pakistan’s batting side seems to be a dire one but Asif Iqbal, known in his playing days as the ‘man of crisis’ feels that all is not lost, and Pakistan batsmen do have the capabilities to get themselves back in the reckoning, especially as they will need to perform well on their upcoming tour of South Africa.

“Let’s not forget that we have some excellent batsmen who have great records in Test cricket but obviously consistency is an issue. With the talent and skills that they have, all they need to do is to play proper and disciplined Test cricket and that is not only a challenge for the batsmen themselves but also the job of the team management. The style of playing shorter forms of cricket may work once or twice in Tests but it will never work in the long term and that is an issue that the likes of Mickey Arthur and others in the team management need to come to terms with and to help the batsmen fix sooner than later.”

Asif Iqbal’s own experience with captaincy in Tests was not the most ideal as he was appointed captain for just one series against India in the 1979-1980 and criticised heavily in public for his side’s 2-0 series defeat. He is, therefore, in a good position to understand the anguish that Pakistan's current Test captain is going through in the aftermath of the defeat against New Zealand but as Asif Iqbal suggested, it was perhaps better for Sarfaraz Ahmed and Pakistan that he be replaced as soon as convenient.

“I understand that a few people are asking for Sarfaraz Ahmed to be removed as captain of the Pakistan side and I am one of them. Let me explain by saying that Sarfaraz is an ideal captain for Pakistan in the Twenty20 and ODI formats as he has the right sort of passion which you need for the shorter forms of the game. In Test cricket, however, the biggest challenge is to concentrate for up to five days, at all times. As a captain, you not only need to plan ahead of the game in the dressing room, but also need to bring in your plans B and C, when things aren’t going your way during the game. In Twenty20 and ODIs there isn’t much time to worry about plans, but this is crucial in Tests as you don’t only execute a plan but deal with the situation as it unfolds. What is also needed is a calm head and it's important that one not show his frustrations as a captain as the team looks up to their leader guidance. All these are issues for Sarfaraz and on top of that, he is a young man and the pressure of expectations to be the best in all formats of the game is possibly too much to bear for him.”

The suggestion to replace Sarfaraz Ahmed as Test captain is one that has been mentioned a few times by experts and fans alike but what kind of player, in Asif Iqbal’s view, is ideally suited to replace him?

“I am sure many others, including Sarfaraz Ahmed, may not agree with what I have to say but in my view, he should be replaced and the Test captaincy should be handed to a batsman who is well established and can hold his place in the side. It may take a couple of years for the replacement to find his feat as Test captain and to settle down and gain confidence, but the selectors and team management need to give him that space and opportunity.”

Pakistan’s next assignment in the international calendar is the very tough tour of South Africa where they will play three Test matches, five ODIs and three T20Is. To many observers, the defeat against New Zealand, however, could not have come at a less opportune time for the morale of the Pakistan side. However, Asif Iqbal disagrees with this assessment.

“I understand that there are dire predictions about the result of this series but let me ask how many predicted the same when Pakistan arrived in England to play the Champions Trophy in 2017? So, I will hesitate to predict the outcome of the series, especially when a team like Pakistan are involved. However, having said that, I will be surprised if given the conditions they have experienced in the UAE, and the conditions and opposition they will face in South Africa that Pakistan will do well in Tests. As someone who has played cricket before, I would say that South Africa are favourites to win in Tests but in the shorter formats, we will do much better. We may feel that they will struggle in Tests and it is difficult to win away from home, but this does not mean that Pakistan fans should not support their side so our best wishes and prayers remains with the side, as always.”

After the retirements of Misbah-ul-Haq and Younis Khan, there seems to have been an inordinate amount of pressure on the likes of Azhar Ali and Asad Shafiq to step-up to carry a historically brittle Pakistan batting line-up. However, the inability of both batsmen to come to their side’s rescue during the recent Test series has left some doubt about their role in the side but as Asif Iqbal explained, the responsibility for shouldering the burden of Pakistan batting does not solely lie with Azhar Ali and Asad Shafiq, “These two batsmen are fantastic players but there are other capable players in the side such as Imam-ul-Haq, Babar Azam and Haris Sohail so we should not be putting undue pressure of performing on just two batsmen. Cricket is a team game and the batsmen batting at 1-6 positions all have a role to play and I am confident that given time and experience, they will all come through.”