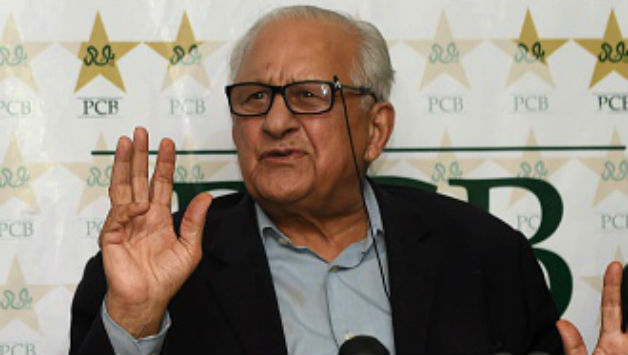 Pakistan cricket’s curious and thorny relationship with its Indian counterpart has seen many ups and downs in the past due to a variety of organisational and governmental conflicts. However, the recent furore caused by the ICC’s Dispute Resolution Committee decision to rule in favour of the BCCI in the MoU case is highly significant in the history of the troubled relationship between the two boards. Not only did the DRC reject PCB’s claims for $70 million compensation for lost revenue due to BCCI’s refusal to play bilateral series against Pakistan, but has also ordered the Pakistan Cricket Board to pay for 60 per cent of BCCI’s legal expenses, along with associated costs related to the tribunal.

The judgement by the DRC has caused a lot of embarrassment for the Pakistan Cricket Board and has given rise to an intense debate about the justifications behind the PCB taking the legal route for resolution of the matter. For Shahryar Khan, who held the post of Chairman of the PCB from August 2014 to August 2017, it is clear that the decision to pursue a legal route to address Pakistan’s grievances against the BCCI was ill-advised and was undertaken only on the insistence of his successor, Najam Sethi.

In an interview with Firstpost, the former Chairman expressed his reservations around PCB’s approach in this matter stating that, “Whilst I was the Chairman of the Pakistan Cricket Board at the time, it was Najam Sethi who was the main articulator of the Pakistan Cricket Board's position regarding the case against the Board of Control for Cricket in India. The Board of Governors may well have taken the decision to take the legal route, but they were steered and pushed by Najam Sethi in this regard.”

A former career diplomat, Shahryar Khan’s first instinct was to resolve the issue of India’s refusal to engage with Pakistan in bilateral series due to lack of government buy-in with a negotiated solution, but it appears that his wise counsel was ignored and the Board of Governors went along with the approach suggested to them.

“I was in favour of discussions with the BCCI and my basic position was that I wanted a resolution by talking things over with BCCI rather than taking legal action against them, but then I had to go along with what the Board of Governors decided as ultimately it wasn't a decision that I could make on my own.”

As many observers had pointed out at the onset of PCB’s filing of its case at ICC’s DRC, the challenge of taking on arguably the most powerful cricket board was inherently fraught with all sorts of difficulties and the subsequent events seemed to justify this line of thinking which was also shared by Shahryar Khan.

“I felt that the basis of the case was there, but it wasn't a very strong case especially when you think of the fact that the BCCI is a very powerful organisation and it's very difficult to go against its wishes because it is such a powerful institution.”

The PCB has been successful in recent times to raise funds necessary for the improvement of the game in Pakistan through some effective marketing to attract sponsors and mainly through the advent of the Pakistan Super League. But all those financial gains are now in danger of being affected by a payment which could be above the $1.2 million figure and that is an outcome which is unacceptable to Shahryar Khan.

“The impact of the costs that the PCB now has to pay will be very negative as it's a huge amount to pay. We went into this matter with our eyes open, so we knew what the consequences could have been, but it is what it is now, and this will cause a hole in the PCB's budget which could have been avoided.”

The matter of India-Pakistan cricket relations is one that has been a bone of contention for many PCB and BCCI administrations of the past and there is a hope that regardless of the outcome of the MoU case and with Ehsan Mani settling into the Chairman’s role after Najam Sethi’s resignation, a new style of leadership could bring both sides closer. For Shahryar Khan, there is a definite cause for optimism with the arrival of a new administration in Pakistan, “We have been in favour of India versus Pakistan matches and series and I believe that with Mani taking over as Chairman of the PCB, there is much more chance of Indo-Pak matches and a series is more likely possible between the two rivals now with Mani at the helm of the PCB.”

The new chairman of the PCB has already taken some positive measures to bring the organisation’s management practices in line with those of the more successful boards around the world and this has impressed the former Chairman to no end.

“Mani is an excellent choice as Chairman PCB. He is very experienced, fair and a competent man who will take Pakistan cricket forward. I have full confidence in Mani and I am certain that he will ensure that under his Chairmanship Pakistan cricket will progress and become a more professional organisation.”

The appointment of Wasim Khan as Managing Director of PCB has widely been hailed as a master-stroke by the new administration headed by Mani. The former Leicestershire Chief Executive Officer’s inclusion in the PCB hierarchy is likely to have beneficial effects on the running of the game in the country based on the depth of experience which he will bring to the table. This is an assessment that Shahryar Khan agrees with wholeheartedly.

“I've heard good things about Wasim and it appears that he is a good appointment as Managing Director PCB. I met him at Leicester a few years ago and he seemed a very friendly and impressive gentleman. He's well-versed in this type of role and his track record is a good one and I feel that having someone like Wasim on-board at the PCB can only be a good thing. I am pretty sure he will take the right steps in what is not going to be an easy role for him.”

In recent conversations with the media, Wasim has put forward many new ideas to reform Pakistan cricket and he is expected to put in multiple changes once he begins his tenure with the PCB next year. However, in Shahryar’s view, Wasim will need to ensure that he implements his agenda for improvement in the PCB in a careful and measured manner for greater long-term effectiveness.

“Wasim Khan's main and first priority should be to sort out domestic cricket in Pakistan which has not been in very good order. Despite the PCB having many able and experienced employees, it won't be easy for him to go in there and come up against that lot. My advice to Wasim will be to not try to make too many changes too quickly and instead make gradual changes and persuade people at the PCB that what he is proposing is good for Pakistan cricket and the Board. The toughest part will be to try to convince some of the PCB old-timers that change is for the best and not just for the sake of it.”

The return of international cricket to Pakistan has been one of the highest priorities for all PCB administrations of the recent past but with minimal success as no major national teams have visited Pakistan since the tragic events of 2009 in Lahore.

There have been some positive developments recently with some sympathetic views being expressed in favour of a short tour to Pakistan by Cricket Australia and Mani is also visiting South Africa to convince Cricket South Africa to send their team to Pakistan. However, for a seasoned former diplomat like Shahryar, the road to restoration of international cricket in Pakistan is a tricky one to navigate and he advises the PCB to tread carefully with their approach, “The return of international cricket to Pakistan remains a hurdle for the PCB and one that is absolutely crucial for the development of the game in Pakistan. It's a huge challenge and not an easy one. I hear that the PCB are trying to convince Australia and South Africa to play some matches in Pakistan but what the PCB should look at is baby steps inviting smaller teams first, rather than trying to convince Cricket South Africa and Cricket Australia to send their teams to Pakistan.”