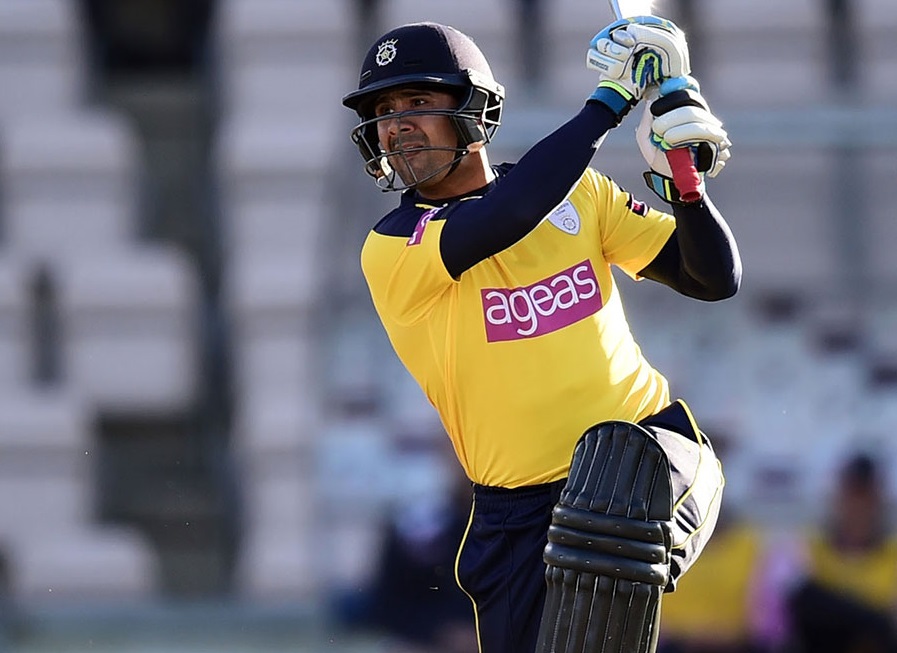 England completed victory recently in the final Test of their three-match series against the Windies by a convincing margin of 232 runs. Taken in isolation, this victory would have been considered a mere formality, but in terms of the overall series result, this was far from what was expected.

In the eyes of former England batsman Owais Shah, the series loss as surprising as it was, was simply a case of the inability of England's batsmen to apply themselves to the task, “It was obvious that England's batsmen did not apply themselves in the first two Tests. They really should have learnt from the Windies in terms of how to go about batting on those surfaces where the ball was moving around and should have got stuck in but failed to do so. We were trying to attack too much but ended up perishing and losing wickets.”

Whilst there were a few factors which could be blamed for the Test series loss for England, Owais Shah feels that it would be harsh to point a finger at the bowlers as it was largely a failure of England's batsmen to make an impression in the first two Tests.“It’s difficult to blame the England bowling when their batters were unable to bat for long periods and when that happens, you are pretty much up against it as a bowler. To me the series was lost because the batsmen did not step forward when they were needed most. For example when you are bowled out for 77, as they were in the 1st Test, then it’s very difficult to find a way back into the game.”

The failure for England's batsmen to take control in the Test series can in no way hide the fact that the Windies batsmen rose to the challenge and produced some scintillating displays and this is something Shah feels was the main difference.

“Yes, they surprised us all in the manner they played and won the Test series and hats off to them for that but what was most refreshing to see was that their batsmen got stuck in on a green wicket. They showed a willingness to fight it out for their runs against a top-class bowling attack. So, it was good to see the application by Windies and they were the rightful winners of the Test series.”

England's openers once again came in for a lot of criticism and to Owais, this raises questions for what will be a sterner test in the Ashes, “I think the opening combination in Tests is an issue and I don’t think that England are in a good place especially in terms of the summer and there are huge questions about who will open in the Ashes. It seems that they are still looking for the right combination which is a problem as time is running out for them,” he added.

In the recent past, the standard of County Cricket has come under a lot of criticism from the likes of Kevin Pietersen and given England’s loss to the Windies, it would appear that according to Shah there is some justification for such concerns.

“I agree with the likes of Kevin Pietersen regarding the dropping standard of County Cricket, where you have people who are averaging 30 being given Test caps which never used to be the case. You needed an average of between 60-70 to get recognition as a potential England Test player. But all that has changed now where if you put in two or three good games for your County, you are in the running for a spot in the national side.”

In recent times, the failure of Test batsmen has been attributed to an increased focus on Twenty20 cricket. To Owais Shah, there will always be an interest in the shortest format of cricket, but he draws the line when it starts to affect the composition of Test sides which seems to be the case for England.

“There are still people out there who wish to play Test cricket but then there are also players who wish to play only Twenty20s at County level. What that does though is reduce the pressure on the current set of Test players so players like Jonny Bairstow, or even Joe Root through no fault of their own, know that there isn’t a big pool of players in County cricket who can replace them. This results in complacency and ultimately does not help England's Test side.”

The world of cricket is looking forward to the World Cup which will be played in England this summer and as Owais Shah states, the hosts can rightly be considered as favourites, “I rate England’s chances of winning the World Cup as very high as they are a very good One-Day side as shown by their number one position in the ICC rankings. They are very well lead by Eoin Morgan and probably have the best chances of winning the World Cup. I am not in any way discounting the challenges England will face from such fantastic sides such as India or Pakistan. We all know that India are a class-act and Pakistan have always done well at World Cups in the past, so it won’t be an easy ride for England at all. I believe that the World Cup will be a very closely fought competition as other sides such as Australia who will probably have David Warner and Steve Smith in their line-up will make them a tough side to beat.”

The ECB’s latest initiative, the 100-ball tournament has raised a few eyebrows but to Shah, the novelty of the format should not be a reason to doubt its eventual success, “100-ball cricket is a new competition and I really do not have a problem with this being given a go by the ECB. The same reservations were also expressed when Twenty20 cricket was first introduced but look at the product now. In addition, the popular franchise style cricket would also be a welcome change. If it works then it would be great but if does not, then we can dispense with it later. The fact is that we do play too much Twenty20 cricket in England so now that number of games will reduce a little which in my view is something we need.”

With nearly 2500 runs to his name for England, Shah is now looking forward to putting his experience to good use with coaching assignments in future, “At the moment I am in Dubai and am on the lookout for coaching opportunities. Coaching is the next step and I'm looking forward to this next phase of my career. I am also looking to do some stints in the media which would be great,” he added.