"The challenge is to continue the good form and make it count at the World Cup" : Hasan Ali

The fast-bowler spoke about his excellent current form, progress of Shaheen Shah Afridi, role of Azhar Mahmood in guiding bowlers in the Pakistan squad and his wish to play County Cricket. 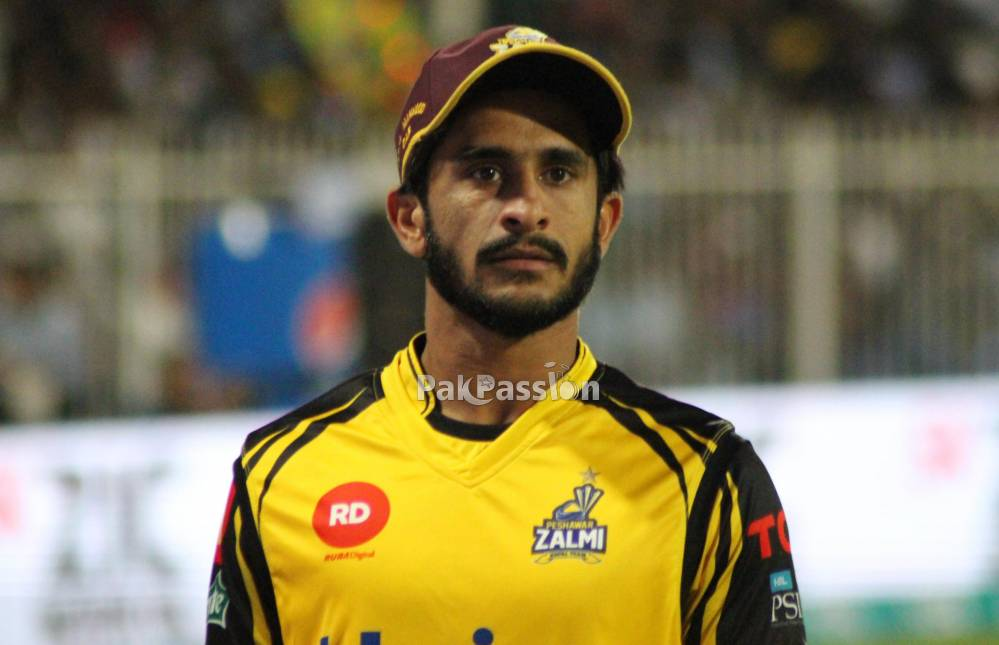 Pakistan cricket has always been held in high regard by its devoted followers due to the exciting and unique brand of entertainment it offers to the world of sports. It is also a well-recognised fact that the attraction of Pakistan cricket is fuelled by the presence of immense talent which in modern times is exemplified by 24-year-old Hasan Ali.

Sporting superstars have become something of a rarity in Pakistan with the international retirement of Shahid Afridi and there are real fears that the X-Factor is fast disappearing from the game adored by millions. The emergence of an eccentric and enthusiastic young fast-bowler like Hasan Ali, therefore, is a God Send for the future of the game in Pakistan.

With his distinct style of celebration and ability to take wickets when all seems lost, Hasan has quickly become the bowler of choice in all formats for Pakistan. The wear and tear to the body of playing T20s, ODIs and Tests could well be tough to handle for any player but this is a challenge he has accepted wholeheartedly, as he explained in an exclusive interview with PakPassion.net, “It's not straight forward as you have to adjust to the challenges and rigours of all three formats. The biggest challenge I believe is to stay fit and ensure that your body can cope with the demands of playing all three formats. I'm lucky that my body copes well with such challenges and I just want to be on the team-sheet for my country in whatever match it is, whichever format and wherever it is.”

The Champions Trophy tournament in 2017 saw Hasan Ali emerge from the rank of a talented player to that of the highest wicket-taker in the tournament. Whilst the achievement was undoubtedly a valuable feather in his cap, Hasan is well aware of the hard work today’s bowlers need to put in to succeed on pitches that are tailor-made for batsmen.

“It's not easy going for bowlers these days. We are quite often seeing 400 runs being scored in ODI innings which is tough for bowlers and you have to be mentally strong. However, as a bowler when you go out there, you have to remember that if it's a flat deck then it's the same for both teams, if it's short boundaries then they are the same for both teams. I am a firm believer in the theory that you have to have a clear mind of what you are going to bowl, you have to be clear in what your strengths are as a bowler and you have to ensure that your preparation for the opposition is spot-on. You will have some bad days, but if you stick to your strengths and prepare well then you will by and large do well.”

Pakistan has always had a big reputation as a land that is blessed with an abundance of fast-bowlers and in that sense, the emergence of Shaheen Shah Afridi who has impressed many observers with his pace and control should not really be a surprise to anyone. As someone who has regularly played alongside Shaheen, Hasan Ali is well placed to assess the qualities of the 18-year-old left-arm pace bowler.

“He is young, he is learning, but already he has a wise head on young shoulders,” says Hasan. “He has been a brilliant find for Pakistan cricket and he could be one of our trump cards at the World Cup. When you are a young cricketer you are fearless, and you don't have any baggage and that can only be a good thing because you are not afraid of trying new things and you don't worry about what can go wrong. He's an excellent team-mate and a guy who I really enjoy bowling alongside.”

Hasan Ali’s rise to fame based on his exploits in the Champions Trophy has been meteoric to say the least but his performances in the series against South Africa were described as inconsistent by many observers. However, the fast-bowler’s recent form in the Pakistan Super League has been encouraging and has filled him with hope for the upcoming World Cup in England as he explained, “I am really pleased with my form at the moment and things are building up nicely ahead of the World Cup later this year. The challenge is to continue the good form and make it count at the World Cup. I am someone who gives 100% whether I am playing against my friends in the street or in international cricket and that's the way it should be. I am blessed to have the opportunity to play international cricket and there should be no half-measures, I am in the privileged position of playing for my country, an opportunity that millions around the world would want, so when I go out onto the field for Pakistan, there is only one thought and that is to give absolutely everything whether it's with the bat, ball or in the field.”

With 82 international matches under his belt, Hasan is well aware of the expectations around him every time he runs in to bowl for his country but is there a danger that a degree of complacency could be creeping into his game? This is a notion that Hasan disagrees with completely, stating that, “Every day is a learning day in cricket. You have the opportunity to learn and improve every day, the coaches are there, the analysts are there and they are all there to help you, so if you cannot make the most of those opportunities then you really are going to struggle. I feel that my bowling and batting is improving but there is further room for improvement and I want to look at those areas of weakness and work on them and ensure that I am improving all of the time.”

Whilst the Pakistani bowlers’ successes in the 2017 Champions Trophy were largely credited to their talent and skills, a lot of kudos was also aimed at their well-respected bowling coach Azhar Mahmood. Like his colleagues, Hasan also believes that the presence of Azhar in the Pakistan camp and his advice borne out of 164 international appearances for his country has been a key factor in their success as a bowling unit.

“All the good things regarding my bowling successes in international cricket have been down to Azhar Mahmood. I am constantly in touch with him, even when I am playing in domestic cricket or at the Pakistan Super League and getting advice and guidance from him. He has an immense amount of experience having played all around the world and learning from him and utilising his experience has been really good for me and the rest of the Pakistani pace-bowlers.”

Imran Khan, Asif Iqbal, Majid Khan, Javed Miandad, Zaheer Abbas, Wasim Akram and Waqar Younis are some of the huge names who have openly credited their successes as cricketers to stints in County Cricket in England. As a budding cricketer looking to polish his skills and experience cricket in different surroundings, Hasan has no doubts that County Cricket will also form an important part of his development as a cricketer and he would accept the opportunity to play in England with both hands, “It's something that I would definitely like to do whenever the opportunity arises. The only issue is trying to find a window of opportunity to play County cricket given the busy international schedule. Whoever I have spoken with about County cricket has said to me that as a cricketer you will improve after a stint in County cricket. I would definitely love the chance to play in County cricket and learn from the experience and more importantly become a better and more well-rounded cricketer.”